Huawei’s Patents are Not the Enemy

“American dominance with respect to 5G technologies is not going to suffer because Verizon is getting sued by Huawei. This will come as a shock to those who watch TV in America, but Verizon is not the innovator of technologies that enable 5G telecommunications.” 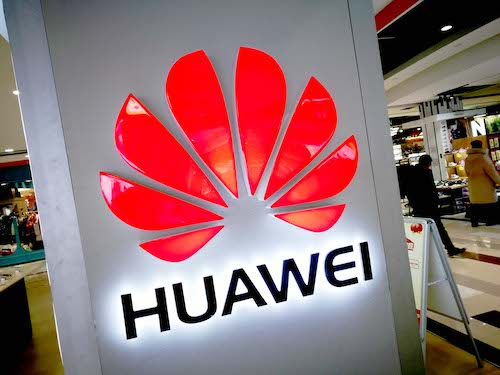 Here we go again! Another day, another ridiculous attack on the U.S. patent system. This time the attack comes from the R Street Institute, who claims that patents are too strong and are inhibiting American companies from achieving success in the race for leadership in the 5G marketplace and continued leadership in Artificial Intelligence (AI).

R Street will hold a panel discussion on their wildly outlandish theory, for which they can’t possibly have any factual support, on Tuesday, October 15, in the Capitol Visitor Center. In the announcement they claim that patents are inhibiting American companies because Chinese telecommunications company, Huawei, asserted more than 200 patents against Verizon Communications earlier this year. Therefore—and ipso facto—patents are too strong and American companies are suffering.

There may be legitimate security concerns around Huawei’s infrastructure, but to suggest that the company’s patents are at the root of these threats is in a word—Absurd!

Moreover, American dominance with respect to 5G technologies is not going to suffer because Verizon is getting sued. This will come as a shock to those who watch TV in America, but Verizon is not the innovator of technologies that enable 5G telecommunications. Companies like Qualcomm, Ericsson, Nokia, InterDigital, Huawei and others are the innovators. While the omnipresent TV commercials for Verizon tout the company’s investment in 5G technologies, companies like Verizon and AT&T use 5G telecommunications innovations invented by pioneers in the industry, not the other way around.

In other words, the innovators (i.e., Qualcomm, Ericsson, Nokia, InterDigital, Huawei) do the research and development that provide the first 999 miles, while the implementers (i.e., Verizon and AT&T) roll out the final mile to consumers. Without the innovators there would be no 5G, so for R Street to get all upset about an innovator suing an implementer and then claiming patents are too strong and American companies can’t succeed is—well, misleading at best and outright fraudulent at worst.

If R Street wants to investigate a national security issue, as they claim, what they should be investigating is the abusive use of U.S. antitrust laws by the Federal Trade Commission against Qualcomm. The egregiously overbroad order by Judge Koh of the Northern District of California against Qualcomm threatens to knock the only American 5G innovator out of the race for the telecommunications system of the future. That is a national security and economic security issue, not that patents are too strong.

Huawei Patents: The Next Nutty Narrative

Finally, anyone who claims patents are too strong in 2019 is too uninformed to be concerned about in any sane world. Unfortunately, we don’t live in a sane world. If you think this ludicrous narrative that patents are too strong because implementers like Verizon can’t infringe Chinese technology won’t stick, you obviously haven’t been paying attention for the last decade.

For reasons I cannot explain, virtually no one in Congress is worried about the utter disintegration of the U.S. patent system and the associated rise of the Chinese patent system. What we are throwing away, the Chinese are all too eager to pick up. Patents are strong in China, with patent owners prevailing over 95% of the time, according to former Federal Circuit Chief Judge Randall Rader, who provided this insight during a recent keynote speech at an IPWatchdog SEP event.

Still, the narrative about what China is doing and how they are filling the patent void left by the U.S. and venture capital for AI leaving the U.S. in favor of Chinese firms has made no difference in policy or direction. But don’t be surprised if Huawei suing a U.S. infringer doesn’t kickstart the next wave of misguided, irrational, patent hating nonsense.