“Unlike in Chamberlain, SIPCO’s claimed invention does not simply use ‘well understood,’ off-the-shelf wireless technology for its intended purpose of communicating information.” – CAFC decision 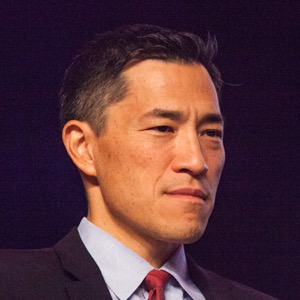 The Federal Circuit issued a precedential decision on Wednesday reversing-in-part, vacating and remanding a decision of the Patent Trial and Appeal Board that had found certain claims of U.S. Patent No. 8,908,842 (the ’842 patent) subject to covered business method review, patent ineligible and unpatentable for obviousness. SIPCO LLC v. Emerson Electric (Fed. Cir., Sept. 25, 2019). The opinion was authored by Judge Chen. Judge Reyna dissented in part.

The PTAB applied only part two of 37 C.F.R. §42.301(b) to find that the patent qualified for CBM, as it contained no technical solution to a technical problem. The representative claims at issue were:

The Board instituted the CBM on both Section 101 and 103 grounds, determining that “claim 3—associating the device with a vending machine—and claim 4—associating the device with an ATM—recited apparatuses “used in the practice, administration, or management of a financial product or service ” under §18(d)(1),” according to the Federal Circuit opinion. In finding that the claims were not drawn to a technical solution, the PTAB said that “the features of claim 1, as incorporated in dependent claims 3 and 4…are no more than generic and known hardware elements and routine computer functions,” said the Court. The only problem being solved was “the financial problem of reducing the cost of having to dispatch service personnel to fix these machines frequently,” said the Board. In its final written decision, the PTAB cited Versata Development Group, Inc. v. SAP America, Inc., 793 F.3d 130 6, 1327 (Fed. Cir. 2015) to support this finding.

The Board said the construction “should ‘encompass’ a device that ‘transmits and receives signals having a limited transmission range’ but declined to limit its construction to that phrase.”

Finally, the PTAB found the claims patent-ineligible under Section 101 because they were directed to “the abstract concept of ‘establishing a communication route between two points to relay information’ and did not contain any additional inventive concept” and also found the ’842 patent obvious.

In its discussion, the Federal Circuit found that the Board’s construction of  “low-power transceiver” did not sufficiently convey the meaning of the term “low-power”:

“The specification explains that the reason that the ’842 patent contemplates a transmitter having low power is ‘so that a user will have to be in close proximity, (e.g., several feet) to the receiver…. It is only if the signal transmission is limited in range that the problems of unwanted circumvention, contention, and unlawful interception of the electromagnetic signals…are alleviated.”

The Court thus reversed the Board’s construction and construed it to mean “a device that transmits and receives signals at a power level corresponding to limited transmission range.”

The Court then found that the Board’s “misreading and mischaracterization” of the features of Claim1 in its analysis of dependent claims 3 and 4 caused it to incorrectly conclude that the claims did not provide a technical solution to a technical problem. The Court wrote:

“The technical problem resolved by the claims was how to extend the reach of an existing communication system from a central location to a remote, unconnected device while protecting against unwanted interference with the transmitted signals. The claims solve this problem with a technical solution: the creation of a two-step communication system that communicates information through a low-power, i.e., limited transmission range, transceiver over a first, wireless step, that taps into the intermediate node’s existing network connection to transport information to the central location.”

In a footnote, the Court distinguished its reasoning from its finding in the garage door-opener case, Chamberlain Group, Inc. v. Techtronic Industries Co., in which the Court found claims reciting wireless communication of status information about a movable barrier operator to be directed to an abstract idea. The footnote continued:

“Unlike in Chamberlain, SIPCO’s claimed invention does not simply use “well understood,” off-the-shelf wireless technology for its intended purpose of communicating information,” said the Court. “Instead, SIPCO’s claim 1 provides a more specific implementation of a communication scheme through its two-step communication path that combines an established communications network with a short-range wireless connection between a low-power transceiver and an intermediate node on the established network. SIPCO’s two-step solution extends the reach of the existing network while overcoming problems of interference, contention, and interception.”

Finally, the Court declined to address whether the claims satisfied the first part of Section 42.301(b)—“whether the claimed subject matter as a whole recites a technological feature that is novel and unobvious over the prior art”—itself, and said that the Board should instead address it on remand under the proper claim construction.

Judge Reyna dissented from the Court’s decision to reach its own claim construction and said that the majority was “improperly reading a functional limitation into the claim from a preferred embodiment.” Judge Reyna noted, however, that he shared the majority’s concern about the Board’s “avoidance of the first prong of the regulatory definition of ‘technological invention.’”