Iancu Calls for Section 101 Fix in Address to AIPPI Congress

“I believe our [Section 101] framework gives more consistent results more often. If you like the [US]PTO approach, make it known. We want to find consensus from industry.” – Andrei Iancu 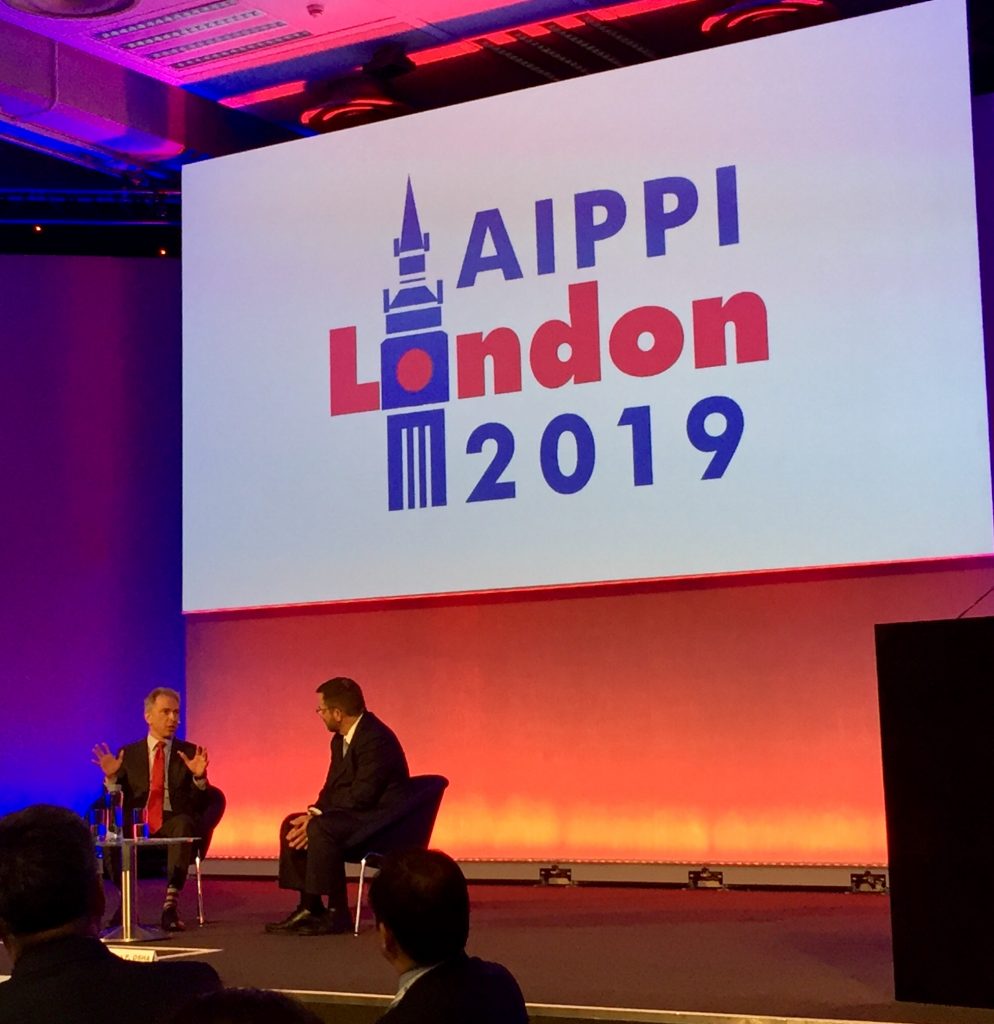 USPTO Director Andrei Iancu said “something has to be done about” Section 101, as it has been thrown into flux following various U.S. Supreme Court cases, in comments made at the AIPPI Congress in London, United Kingdom last week.

Iancu took part in an hour-long discussion with AIPPI Reporter General John Osha, and also took questions from the audience last Monday. He addressed topics including AI, anti-IP sentiment, litigation costs, bad faith trademark filings and gender parity. But it was issues of patent eligibility that were chief on his mind.

Iancu said the Administration “has tried to bring consistency and predictability” to Section 101 with its January 2019 guidance, but added: “Courts are independent. They don’t have to follow our guidance. And so far, I have seen no evidence that they want to.”

The Director argued that the “key problem” is that case law in the past few years has introduced an inventive step test into Section 101. “You don’t need it,” he said. Instead, he proposed that Section 101 “should only keep out things that are never patent eligible however brilliant they are, no matter how careful and detailed the claims,” such as mathematical formulas and mental processes.

How that can be achieved, though, remains to be seen. “I think the legislators can legislate. Courts can do it too, including the Supreme Court,” Iancu said. In response to a question from the audience, he said he was optimistic about a Congressional solution, as it was a bicameral, bipartisan issue: “I think it’s doable with the PTO framework as a starting point … I believe our framework gives more consistent results more often.” And he urged patent practitioners: “If you like the PTO approach, make it known. We want to find consensus from industry.”

The Impact of AI

Another topic Iancu addressed was artificial intelligence (AI), which he described as “absolutely real” and likely to have an impact within the next two to three years. He described AI tools as “must-have not nice-to-have” for IP offices, and said they are being developed in areas such as text search, image search, and classification. AI would also become essential given the “exponential growth” in prior art, as he didn’t think “it’s humanly possible or realistic” for one examiner to identify all relevant prior art in technical fields and multiple languages. He added that various IP offices are working on this issue and said: “The best technology will prevail.”

Turning to policy issues concerning AI innovation, such as how inventions created entirely by machines should be treated, Iancu highlighted the 12 questions recently published by the USPTO and urged people to respond to them by the October 11 deadline. He also noted that the European Commission is planning to publish a policy statement on AI within the next 100 days.

One question he highlighted concerns what IP protection should be provided for data. “Right now, companies maintain it as a trade secret, but that might not be the perfect answer in the long run. Might there be some other form of IP?” he asked. But he added that the answer might be simply: keep on doing what you’re doing. After all, the invention of the camera did not mean the end of copyright.

While in Europe, Iancu had also held meetings at the European Commission in Brussels, the European Patent Office in Munich and the UK IP Office, where he discussed preparations for Brexit. In his comments, he commended the progress made on patent harmonization, citing the Patent Prosecution Highway and Global Dossier. But he acknowledged that agreement had been much more difficult on substantive issues, such as a grace period: “I don’t know if we will make progress on that. But we should keep trying.”

He also warned those in the audience against using “negative, pejorative terminology” about IP, saying that abuses should be attended to and solved, but it was damaging to dwell too much on any negative implications. “We need to continuously raise the profile of IP,” he added.

In a speech at the Opening Ceremony of the Congress, former England and Wales Court of Appeal judge, Professor Sir Robin Jacob, criticized recent decisions by both the U.S. Supreme Court and UK Supreme Court and identified seven challenges for IP practice in the future. These included:

He also argued that there is “too much IP” in certain areas: “The over-reach of trademarks is getting greater and greater and doesn’t do any good whatsoever … Copyright protection is miles too long and is ridiculous.” But he expressed confidence that patent law would adapt to accommodate AI, which he described as “not a major problem.”

In his welcoming speech, former IP minister Jo Johnson acknowledged that there is “considerable turbulence” in UK politics due to Brexit but said: “The UK will remain one of the best places to obtain and protect IP rights going forward.” He added: “IP touches everything that makes modern life easier, more prosperous and more enjoyable.”

About 2,400 IP practitioners attended the 2019 AIPPI Congress, and 49% of the more than 100 speakers this year were women. Resolutions were passed on questions addressing copyright in artificially generated works; consumer survey evidence; IP damages for acts other than sales; and plausibility.