“The antitrust laws are being used in ways that are not intended in order to create leverage in what should be arms-length negotiations between sophisticated parties.” 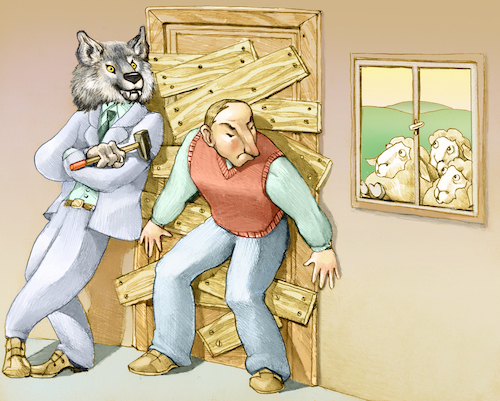 Last week the United States Court of Appeals for the Federal Circuit issued an important decision that might be easy to overlook. In Intellectual Ventures I LLC v. Capital One Financial Corporation, the Federal Circuit dodged the antitrust question presented by finding that a prior ruling had collateral estoppel effect. Still, the arguments raised by Capital One against Intellectual Ventures are part of a disturbing trend. Unwilling licensees who engage in a scheme of efficient infringement to avoid paying for patent licenses are increasingly looking to creative antitrust theories to escape liability for their actions.

What is Efficient Infringement?

Efficient infringement is a cold-hearted business calculation whereby businesses decide it will be cheaper to use patented technology without paying than to license it and pay a fair royalty to the patent owner. This calculus is made on the part of large entities who realize there are a certain number of patent owners that are just simply not going to assert their patents for one reason or another, frequently because they don’t have the money to do so. Then there is another group of those that will assert their patents but will not win. The calculation progresses to realize that there is a small group of those who are likely to both assert patents and prevail, thanks to all the hurdles put in place (i.e., patent eligibility challenges, the Patent Trial and Appeal Board, etc.). The calculation further recognizes that even if a patent owner prevails, a permanent injunction is virtually impossible to obtain as the result of the Supreme Court’s decision in eBay v. MercExchange, and damages are likely to be minimal thanks to a continual judicial erosion in damages available to victorious patent owners.

This cold-hearted business approach to using intellectual property without paying has gone on for decades, but with the weakened state of the U.S. patent system since 2006, it has grown progressively worse.

What Intellectual Ventures has done is acquire thousands of patents that related to technology that banks use every day. Intellectual Ventures has purchased this technology from innovators, small businesses and startups who were unable to negotiate with the banks. Why would the banks negotiate with small entities when they can simply take what they want for free? Indeed, any patent attorney or licensing attorney who has been to any program with attorneys from the big banks or top tech companies speaking over the last decade will attest to the fact that they openly admit to throwing away – or “circular filing” – licensing inquiries they receive. At one event several years ago, one attorney boasted that he threw away 10 deals a day!

When Intellectual Ventures acquires those thousands of patents that relate to technology the banks use, they do have the assets and financial ability to purse litigation against the infringers. Unlike the small entities that the efficient infringers are able to ignore, Intellectual Ventures does not go away. They do threaten litigation, and they deliver on those threats when licenses are not taken.

Is This an Antitrust Violation?

This case is troubling for several reasons, even though the Federal Circuit seems to have settled on the correct result. First, these issues were litigated in federal district court in Virginia prior to being litigated in Maryland, and the case was still allowed to proceed through an interlocutory appeal to summary judgment and up to another appeal to the Federal Circuit.

The second aspect of the case that is troubling is the fact that the Federal Circuit did not reach the Noerr-Pennington doctrine, which protects private parties from antitrust liability even if they bring ultimately unsuccessful litigation to enforce laws that have potentially anti-competitive effects. The antitrust laws are being used in ways that are not intended in order to create leverage in what should be arms-length negotiations between sophisticated parties.

The district court explained that “it is hard to deny that there is something concerning from an antitrust perspective about the way in which IV engages in its licensing business.” And that statement is probably perfectly fair and accurate. Notwithstanding, Judge Grimm held that there were two dispositive legal issues, independent of the merits of Capital One’s antitrust theories, that required the court to grant IV’s summary judgment motion. Those issues were: (1) the immunity from antitrust liability provided by the so-called Noerr-Pennington doctrine; and (2) the collateral estoppel effect of the decision of the Virginia district court with respect to the antitrust issues raised by Capital One in the Maryland case. Ultimately, the Federal Circuit affirmed on the second issue and found it unnecessary to address the first.

This, of course, caused Capital One to yell “sham litigation”, but sham litigation is virtually impossible to prove, and with the portfolio relating to banks and financial services that means it is full of patent eligibility issues and plagued by the wrath that Alice hath wrought. But if you’ve been paying attention to the state of 35 U.S.C. 101 since January 2019, you know that nothing is certain, stable or predictable.

The United States Patent and Trademark Office came out with Revised Guidance in January 2019, which the Federal Circuit has ignored. Wireless garage doors are not patent eligible, no amount of physicality in a claim saves it from being an abstract idea, and even if the claim is novel and nonobvious it can still lack sufficiently more to be innovative under Alice Step 2B. So, what this all means is nothing in the 101 space could possibly rise to the level of sham litigation with the mess the Federal Circuit has created and how panel-dependent appeals have become.

Time to Strike Back

Patent owners need to pay attention to the arguments being made against Intellectual Ventures and Qualcomm. Being a large patent owner that continues to pursue efficient infringers will get you labeled as an antitrust scofflaw. Perhaps it is time for patent owners to strike back. There are plenty of theories available.