Federal Circuit: ‘Physicality’ of Processing Paper Checks Does Not Save Solutran’s Claims from 101 Challenge

“[W]e have previously explained that merely reciting an abstract idea by itself in a claim—even if the idea is novel and non-obvious—is not enough to save it from ineligibility.” – Judge Chen, Federal Circuit 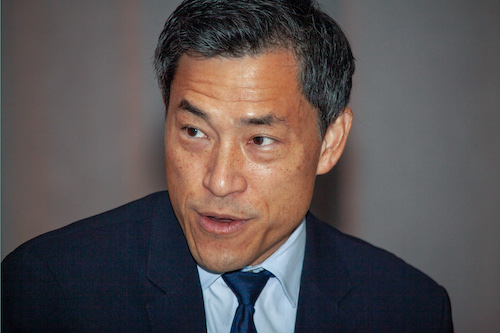 The Federal Circuit recently reversed the District of Minnesota’s denial of summary judgment and held claims related to paper check processing invalid under 35 U.S.C. § 101. Despite the claims being directed to processing “physical” checks, the Court held that “the abstract idea exception does not turn solely on whether the claimed invention comprises physical versus mental steps.”  The Court also reasserted that novelty and/or non-obviousness does not obviate ineligibility under Section 101. See Solutran, Inc. v. Elavon, Inc., Nos. 2019-1345, 2019-1460, 2019 U.S. App. LEXIS 22516 (Fed. Cir. July 30, 2019) (Before Chen, Hughes, and Stoll, Circuit Judges) (Opinion for the Court, Chen, Circuit Judge).

Solutran, Inc. (Solutran) is the assignee of U.S. Patent No. 8,311,945, (the ’945 Patent), which is related to “a system and method for processing paper checks.”  According to the ’945 Patent, previous methods for processing checks involved the payee’s bank receiving the check for processing before transporting the check to the payor’s bank for finalizing the transfer. The ’945 Patent touted an improved method to process the checks, where the checks were turned into a digital file by passing the check through a point-of-sale terminal at the merchant’s location. The terminal could include a magnetic ink character recognition (MICR) reader to capture the account number, routing number, and the check number. This digital file could then be sent electronically to the payor’s bank for immediate transfer. The’945 Patent also described scanning the checks in the “back office,” where an image of the check could be stored with the MICR data. In general, the patent is related to:

A system and method of electronically processing checks in which (1) “data from the checks is captured at the point of purchase,” (2) “this data is used to promptly process a deposit to the merchant’s account,” (3) the paper checks are moved elsewhere “for scanning and image capture,” and (4) “the image of the check is matched up to the data file.”

Solutran sued U.S. Bancorp and affiliate Elavon, Inc. (collectively, U.S. Bank) in the U.S. District Court for the District of Minnesota, alleging infringement of certain claims of the ’945 Patent. U.S. Bank filed a motion for summary judgment asserting the claims did not recite patent-eligible subject matter under Section 101 because they were directed to the “abstract idea of delaying and outsourcing the scanning of paper checks.”

The district court disagreed and, relying on a previous covered business method (CBM) review by the Patent Trial and Appeal Board (PTAB), found the claims to be patent eligible. The district court relied on the PTAB’s finding that the claims were not “directed to” an abstract idea. The PTAB’s decision, which was released only two months after Alice Corp. Pty. Ltd. v. CLS Bank International, 573 U.S. 208 (2014) was decided, concluded that “the basic, core concept of independent claim 1 is a method of processing paper checks, which is more akin to a physical process than an abstract idea.” Because the process improved upon the techniques for processing “physical checks,” it was not an abstract idea. In the alternative, reasoned the district court, the claims “describe a new combination of steps, in an ordered sequence, that was never found before in the prior art and has been found to be a non-obvious improvement over the prior art by both the USPTO examiner and the PTAB’s three-judge panel,” and therefore pass step two of Alice. U.S. Bank appealed the Section 101 decision, and Solutran appealed on an issue of willful infringement.

The Federal Circuit proceeded to analyze the eligibility of the ’945 Patent claims under the two-step framework defined in Alice Corp. For step one, the Court found that the claims were “directed to the abstract idea of crediting a merchant’s account as early as possible while electronically processing a check.”  The Court compared a series of recent cases finding claims to be “directed to” abstract ideas. Similar to Ultramercial, Inc. v. Hulu, LLC, 772 F.3d 709 (Fed. Cir. 2014), the combination of steps here recite “an abstraction—an idea, having no particular concrete or tangible form.”

Outside of the timing similarities of Ultramercial, the elements of the claims recite “[t]he concept of data collection, recognition, and storage[, which is] is undisputedly well-known.”  “[T]he claims recite basic steps of electronic check processing. In its background, the ’945 patent explains that ‘there has been an industry transition to the electronic processing of checks, including the recordation of the data… presented by the check into a digital format which can then be transferred electronically.’” (internal punctuation omitted). It was common to capture the MICR data at a point-of-sale device and storing the images of the checks was well known. The Court also analogized the present claims to those in Alice and Bilski v. Kappos, 561 U.S. 593 (2010), holding “[t]he desire to credit a merchant’s account as soon as possible is an equally long-standing commercial practice.”

Solutran argued that the patent articulated two benefits: “(1) ‘improved funds availability’ because the merchant’s account is credited before the check is scanned or verified; and (2) relieving merchants of the task, cost, and risk of scanning and destroying paper checks by outsourcing those tasks.”  The Court noted, however, that the claims did not improve upon the technical nature of the computing elements completing the processes. Indeed, the claims were written at a “high level of generality,” and the specification conceded that the steps “are conventional processes for processing checks electronically.”

Physicality is Not Enough

Finally, Solutran adopted the district court’s view that the “physicality” of the claims took them beyond an abstract idea. In other words, because the claims were directed to improvement for processing paper checks, this was not an abstract idea. The Court reemphasized the fact that “‘the abstract idea exception does not turn solely on whether the claimed invention comprises physical versus mental steps.’ In fact, ‘[t]he claimed methods in Bilski and Alice also recited actions that occurred in the physical world.”  Quoting In re Marco Guldenaar Holding B.V., 911 F.3d 1157, 1161 (Fed. Cir. 2018). The physical nature of processing checks does not “improve upon any underlying technology.”

As for step two of Alice, the Court held that the claims “‘do not, for example, purport to improve the functioning of the computer itself’ or ‘effect an improvement in any other technology or technical field,’” and thus do not recite a transformative, inventive concept. The Court disagreed with the district court’s assertion that novelty or non-obviousness obviates patent ineligibility. “[W]e have previously explained that merely reciting an abstract idea by itself in a claim—even if the idea is novel and non-obvious—is not enough to save it from ineligibility.”

Finally, the Court quickly considered Solutran’s machine-or-transformation test argument and stated that, although the test is a “useful clue” to the second step of Alice, the claims of the ’945 Patent did not pass the test as they merely use a generic computer to perform conventional activities. In so holding, the Court reversed the district court, finding the claims of the’945 Patent to be patent-ineligible under Section 101.