Update on 101 Rejections at the USPTO: Prospects for Computer-Related Applications Continue to Improve Post-Guidance

“In the six months after the USPTO implemented the 2019 USPTO eligibility guidance, the percentage of applications for which subject matter eligibility rejections were issued dropped across all computer-related art units.” 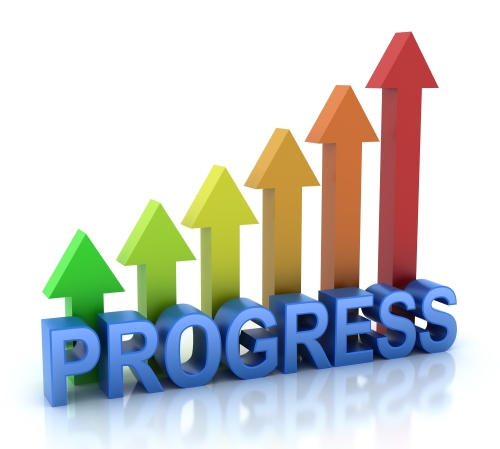 The Supreme Court’s 2014 decision in Alice v. CLS Bank made it significantly more difficult to obtain patents for some computer-related technologies. it is, at best, questionable whether court decisions since then have been coherent and consistent. Similarly, marked variation has been observed across art units and across post-Alice time periods as to how examiners are applying Section 101. However, the U.S. Patent and Trademark Office’s (USPTO’s) 2019 Patent Eligibility Guidance added some much-needed clarity and predictability as to how eligibility of computer-related patent applications is being assessed at the agency.

Perhaps predictably, Alice’s largest impact was observed in business method art units, where the majority of office actions received eligibility rejections. Applications from other computer-related art units were, at least initially, largely unaffected. This is likely due to the patents at issue in Alice having been examined by business method art units. Yet, as the Federal Circuit held patents from other Technology Centers to be invalid in view of Alice’s two-part test, the trends in increasing eligibility rejections and decreasing allowances spread to other computer-related art units.

For example, examination statistics for artificial intelligence (AI) patent applications (in class 706) were largely unchanged by Alice. However, after the Federal Circuit’s decision in Electric Power Group, LLC v. Alstom S.A. the percentage of applications receiving Section 101 rejections increased dramatically. In Electric Power Group, the Federal Circuit held patent claims directed to monitoring and reporting on the performance of an electric power grid were ineligible for patent protection under Section 101. More specifically, the court held that they were ineligible as being directed to the abstract idea of generating, collecting and analyzing information. The patents at issue in Electric Power Group were in the 2120s art unit group, as are patent applications in the AI class.  Thus, it appears as though the USPTO has been paying attention to the art unit and/or class assignments of patents at issue in precedential cases and focusing training efforts accordingly.

Typically, after influential decisions like Alice or Electric Power Group, the USPTO issues a Patent Eligibility Guidance memo interpreting the decision for the examining corps. Yet, the 2019 Guidance memo did not interpret a recent Federal Circuit or Supreme Court decision, but instead interpreted the body of precedent from the Federal Circuit and the Supreme Court to clarify what is considered eligible subject matter.

Our previous research focused on the effect that Alice and Electric Power Group had on examination trends in computer-related art units. To investigate how the new 2019 USPTO eligibility guidance has affected those trends, we updated our analysis. Specifically, we obtained data from LexisNexis® PatentAdvisorSM that indicated, for each action issued from the business-method art units; Technology Center 2100; the AI art units; Technology Center 1600; the bioinformatics art unit; and Art Unit 1631:

We aggregated the data separately across each art unit and by quarter in which the action was issued. We then calculated time-series statistics to identify trends over time. 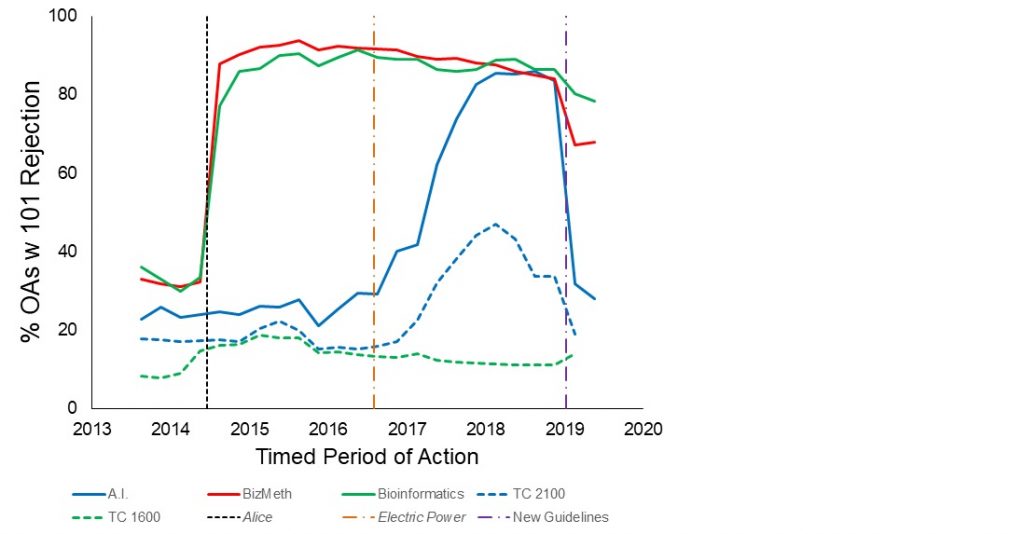 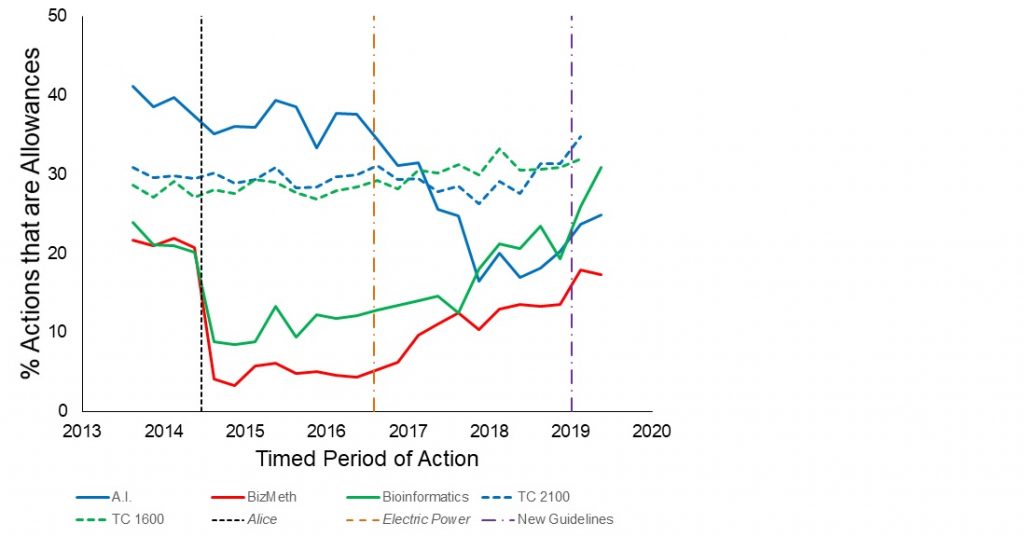 Although patent applicants may be pleased to see improved allowance prospects, continued caution is prudent. As the USPTO points out, the “guidance does not constitute substantive rulemaking and does not have the force and effect of law.” Lacking the force and effect of law means that the courts are not bound by the new guidance. Indeed, the Federal Circuit in the recent Cleveland Clinic decision announced that “[w]hile we greatly respect the PTO’s expertise on all matters relating to patentability, including patent eligibility, we are not bound by its guidance”. Thus, it will behoove applicants to continue to draw upon strategies learned in the wake of Alice and to prepare claims, office-action responses and specifications to emphasize technical details. Such an approach can help safeguard a patent application should the pendulum swing again at the USPTO and can strengthen a resulting patent to protect against varied judicial perspectives as to what “patent eligible” means today, tomorrow or 10 years from now.