“The Federal Circuit agreed with VirnetX that the unwillingness of the USPTO to terminate Apple’s reexaminations was inconsistent with established case law, statutes, and congressional intent.” 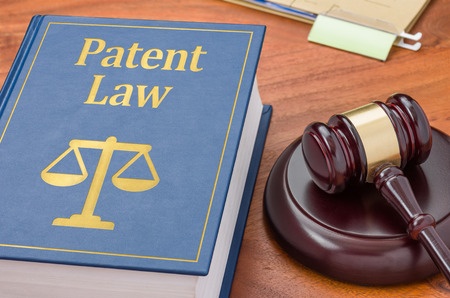 This article has been updated to note that the Federal Circuit also denied Apple’s petition for rehearing en banc on August 1 and to include VirnetX’s statement.

The United States Court of Appeals for the Federal Circuit last week affirmed-in-part, vacated-in-part, and remanded a decision of the Patent Trial and Appeal Board (PTAB) in the long-running case of VirnetX Inc. v. Apple Inc., Cisco Systems, Inc.

The case relates to three inter partes reexaminations maintained by Apple and Cisco. The PTAB found that Apple could proceed with its reexaminations under the America Invents Act (AIA) and held that the claims of VirnetX’s patent numbers 7,418,504 (“the ’504 patent”) and 7,921,211 (“the ’211 patent”) were unpatentable as anticipated/obvious. These patents were directed to methods for “establishing a secure communication link between [computers] over a computer network, such as the Internet” and are “built on top of the existing Internet protocol.” Basically, the patents claim a way to create secure communication links via domain name service (DNS) systems.

In 2010, VirnetX sued Apple for patent infringement, including the ‘504 and ‘211 patents. Apple then filed requests for inter partes reexamination of the patents at the U.S. Patent and Trademark Office (USPTO), claiming that the VirnetX patents were invalid in view of the prior art. In the 2012 trial, a jury found that the patents had indeed been infringed by Apple, awarding VirnetX a $368 million judgment. On appeal, the Federal Circuit affirmed the jury’s validity finding on all four patents involved, and also affirmed the jury’s infringement finding of patent numbers 6,502,135 and 7,490,151. However, the court vacated the infringement finding of the ‘504 and ‘211 patents in addition to the damages award.

As the trial/appeal took place, the inter partes reexamination was well underway. An examiner found every claim of both the ‘504 and ‘211 patents to be invalid, and VirnetX appealed this decision to the PTAB, petitioning the USPTO to terminate the reexaminations based on the estoppel provision of Section 317(b). The petition was denied in 2015 and the PTAB affirmed the finding of invalidity of the two patents. In 2011, Cisco Systems also filed a request for inter partes reexamination of claims 1-60 of the ‘211 patent. The examiner held that claims 36-60 were invalid based on prior art, and VirnetX appealed to the PTAB. The PTAB affirmed rejection of the claims, and VirnetX appealed to the Federal Circuit in this case.

VirnetX appealed on two points. First, it argued that Apple was estopped from maintaining its reexaminations under the pre-AIA version of 35 U.S.C. § 317(b) (2006). Second, it argued that the PTAB was incorrect in concluding that the ‘504 and ‘211 patents were invalid.

Addressing the first point, the Federal Circuit agreed with VirnetX that the unwillingness of the USPTO to terminate Apple’s reexaminations was inconsistent with established case law, statutes, and congressional intent. The pre-AIA statute reads that when a final decision is made in a civil action where the challenging party has not proven invalidity of the patent claim, the party may not request an inter partes reexamination of those patent claims on the same basis as that of the civil action. The statute also bars the USPTO from maintaining any request by the challenging party for an inter partes reexamination of those same claims. In jury trial, Apple failed to prove invalidity of the ‘504 or ‘211 patents and a final judgment on the validity of the claims was entered. On appeal to the Federal Circuit in that case, the district court’s findings were also affirmed on the issue of validity, and certain non-validity issues were remanded.

Apple allowed the 90-day period to petition for a writ of certiorari to the Supreme Court to elapse, contending that a final decision on validity had not actually been made and therefore the inter partes reexamination request was not barred. In Apple’s view, the judgment on validity is only final when no potential remains for the Supreme Court to examine the case on non-validity issues, where they could also choose to review the validity claims. The Federal Circuit disagreed, holding that in Fairchild (Taiwan) Corp. v. Power Integrations, Inc., 854 F.3d 1364, 1365–66 (Fed. Cir. 2017) a final decision was found to have been made on validity once the time to petition for certiorari on those issues had passed (which it had), as long as remaining issues would have no effect on validity. The Federal Circuit also contended that the statute itself supports this conclusion. Therefore, with the 90-day window passed and all appeals as a matter-of-right depleted, the Federal Circuit held that Section 317(b) estoppel applied to this case as a final judgment on validity had, in fact, been entered.

Responding to the Dissent

The majority opinion, authored by Judge Prost, countered Judge Reyna’s partial dissent, which said that “once Power Integrations prevailed on infringement, the case against it was concluded” and the potential for any further Supreme Court review was eliminated. The majority explained that Fairchild was decided based on an estoppel statute triggered by a decision on invalidity alone, and that a separate counterclaim for declaratory judgment of invalidity in Fairchild did not conclude the issue based on a non-infringement ruling; their reasoning being that a finding of non-infringement does not automatically silence a counterclaim for invalidity. Again, the majority urged that these are separate issues. Additionally, the majority stated that it was inappropriate for the dissent to speculate as to the impact of court remand on a party’s decision to file a petition, contending that this was an improper reason for the decision to be seen as non-final. Lastly, the majority argued against the dissent’s claim that the majority was interfering in Supreme Court discretion to take up the validity issue. The majority claimed that this decision solely concerned the prevention of redundant proceedings before the USPTO, and in no way interfered with the Supreme Court’s discretion on whether to review the case on any issue it chooses to.

Regarding the statutory text, the Federal Circuit said that the entire case need not be decided for individual issues to be considered final judgments, as the statute only speaks of individual issues opposed to the entire case. The statute does, however, demand that duplicate challenges to validity cease once a final decision on validity has been reached in a civil action, in order to prevent litigious patent holder harassment. Even considering congressional intent, the court argued that it is unlikely that Congress intended for a non-validity issue to hold open challenges to validity just because the Supreme Court may decide to one day examine them.

In another attempt, Apple also contended that Fairchild was decided incorrectly in view of Bettcher on similar grounds: that Section 317(b) estoppel requires petitions for certiorari on all issues to be exhausted or a Supreme Court decision to be rendered. See Bettcher Indus., Inc. v. Bunzl USA, Inc., 661 F.3d 629, 639, 642–48 (Fed. Cir. 2011). The Federal Circuit disagreed with this argument, pointing out that estoppel is triggered only at the exhaustion of appeal rights, and appeal rights were different than petitions of certiorari. There is no right to have the Supreme Court review the case. Furthermore, the Federal Circuit rejected Apple’s reliance on Fresenius, stating that the Fresenius analysis of final judgment in relation to res judicata has no bearing on this case’s analysis of final judgment in relation the estoppel proceedings. Fresenius USA, Inc. v. Baxter Int’l, Inc., 721 F.3d 1330 (Fed. Cir. 2013). The court underscored that Fairchild was vital in their determinations, because Fairchild deals with estoppel on final judgment of specific issues, absent a final judgment on the entire case. The court also stressed that as written, the purpose of Section 317(b) is to prevent duplicative litigation against the patent owner and not necessarily the patent challenger; therefore, it would be inappropriate for the court to step out of its domain to rewrite a statute that had clear meaning and intent. The Federal Circuit also found that there have been zero instances of the USPTO interpreting Section 317(b) estoppel to “extend passed the deadline” to petition for review of validity issues in the Supreme Court.

In turning to VirnetX’s challenge on the outcomes of the Apple/Cisco reexaminations, the Federal Circuit affirmed the PTAB’s decision on all claims of the ‘504 and ‘211 patents not subject to Section 317(b) estoppel. The court also affirmed the Cisco reexamination decision on the ‘211 patent. First, in reviewing the patent’s disclaimer of conventional DNS functions, the court affirmed that the claims were too broad because there must be a complete disavowal of the scope of the claims, which VirnetX failed to do. The court also affirmed that Apple had provided a preponderance of the evidence in proving unpatentability, finding that VirnetX had ample opportunity to respond to the PTAB’s new grounds of claim rejection. Regarding claim limitations, the court also affirmed that the claim limitations in contention were taught by the prior art. Additionally, VirnetX did not properly argue the patentability of dependent claim 47 in the ‘211 patent separate from the independent claims it originally relied on; therefore, the court affirmed it as unpatentable. Finally, the court found that inter partes reexaminations and inter partes reviews (IPRs) are not interchangeable in regard to VirnetX’s claim that reexams are unconstitutional. Even if they were interchangeable, the Supreme Court had rejected the unconstitutionality argument against IPRs, and therefore VirnetX’s constitutionality argument fell flat, said the court.

Also on August 1, the Federal Circuit denied Apple’s request for panel rehearing and rehearing en banc in its appeal from the U.S.  District Court for the Eastern District of Texas ruling awarding VirnetX nearly $440 million. VirnetX CEO and President Kendall Larsen said in a statement that the August 1 opinion and the order denying Apple’s petition for rehearing “vindicate many of VirnetX’s positions before both the Patent Board and the district court.” Larsen added:

These decisions follow the Federal Circuit’s recent decisions in two other appeals that similarly vacated a number of the Patent Board’s invalidity rulings with respect to VirnetX’s patents on the basis of our arguments. Furthermore, we believe that Apple clearly and willfully infringed the claims upheld by the Federal Court.