Submit Your Comments: USPTO Proposes to Raise Inter Partes Review and Other Fees

The USPTO fees to bring an IPR petition would be $38,250 for up to 20 claims (if instituted) under the proposed rule. 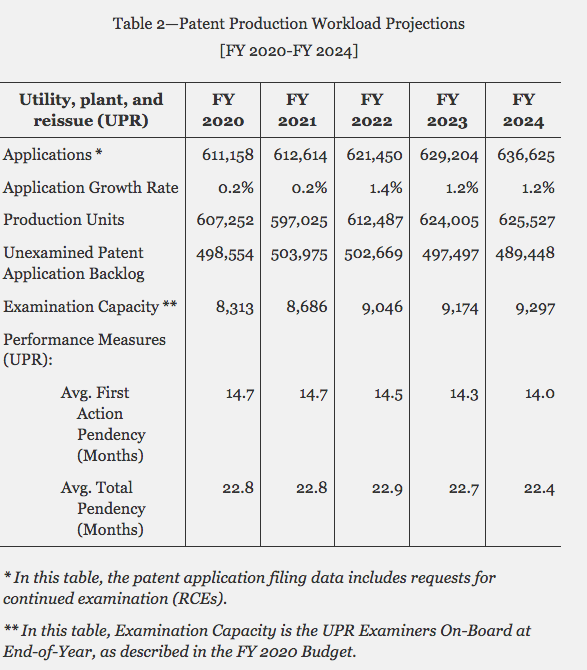 On Wednesday, July 31, Acting Chief Financial Officer of the USPTO Sean Mildrew posted an announcement on the USPTO blog explaining the Office’s reasoning for its proposal to raise patent fees in a number of areas. The increase will enhance quality and timeliness of examination, America Invents Act (AIA) trials, and replenish the patent operations reserve to stabilize the Office’s finance, Mildrew said.

According to the Notice of Proposed Rulemaking, at least part of the need for the proposed increase is due to the fact that patent application filings are down. “Actual Utility, Plant, and Reissue (UPR) application filings in FYs 2017 and 2018 were less robust than expected,” said the Notice. “In the FY 2020 Budget, given the lower than expected previous year filings, and an analysis of domestic and global economic forecasts, the USPTO has lowered future year filing projections from what was expected when the January 2018 Final Rule was published.”

The Notice explained that the reason for the claim threshold and fee increase for IPRs has to do with the U.S. Supreme Court’s decision in SAS Institute Inc. v. Iancu, 138 S. Ct. 1348 (2018), which mandated that the PTAB institute a trial as to all claims or none. “Previously, the PTAB has instituted a trial on just some claims. This has increased the amount of time spent per case post-institution,” said the Notice. The PTAB also now spends more time addressing all arguments presented pre-institution in order to accommodate the SAS decision, the Notice added.  “These changes related to the SAS decision will increase the average cost to conduct each proceeding.”

Thus, the fees to bring an IPR petition would be as laid out below under the proposed rule, amounting to a total of $38,250 for up to 20 claims, if instituted, and more beyond that:

(a) On filing a petition for inter partes review of a patent, payment of the following fees are due:

(3) In addition to the Inter Partes Review request fee, for requesting review of each claim in excess of 20: $375.00.

(4) In addition to the Inter Partes Post-Institution request fee, for requesting review of each claim in excess of 20: $750.00.

Other notable proposed fees include the request for expedited examination of a design application, which would jump from $900 to $2,000; a new “Non-DOCX Filing Surcharge” of $400; a $250 fee for non-registered practitioners to appear before the Patent Trial and Appeal Board; an “annual active patent practitioner fee” of $340 without CLE, $240 with CLE, or $70 voluntarily inactive fee.

The explanation for the latter fee is as follows:

The Notice also explained that the fee for requesting expedited examination of a design application has not been raised since its inception in 2000.

Overall, the proposal would amount to a 5% across the board adjustment in fees.

A 60-day public comment period opened on July 31 and comments can be sent to [email protected]. The Office expects to prepare a final rule by summer 2020.