“Although they provide powerful tools for countering cultural appropriation, cancellation and opposition proceedings do not preclude the use of the challenged mark, but only prevent it from being registered. An infringement action, a more powerful tool, which would preclude the use of the mark in trade and commerce, poses a tougher challenge for the Affected Groups.” 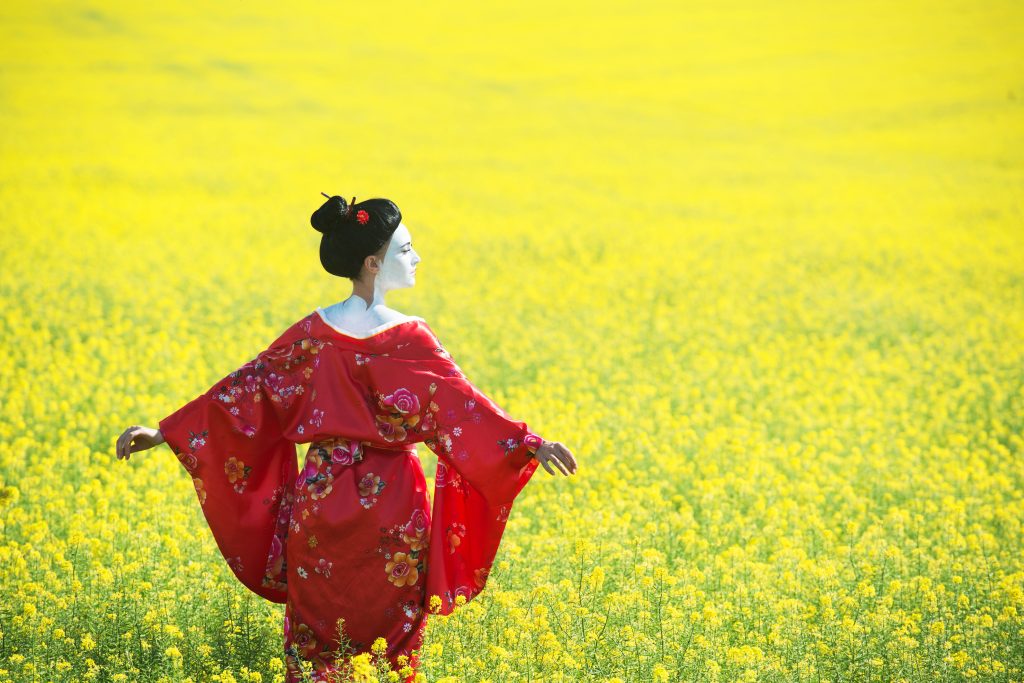 Recent controversy surrounding Kim Kardashian’s truncated move to trademark the term “Kimono” for her new line of undergarment shapewear has subsided, with Kardashian formally announcing that she is abandoning the effort.

Kardashian explained the mark as serving the dual purposes of being a play on her name and showing respect for the Japanese culture. In fact, Kimono is Japanese for a traditional long, baggy garment that has been worn by Japanese women for centuries. Kardashian’s effort caused an uproar among the Japanese community in Japan and here in the United States. The community accused Kardashian of trying to exploit a centuries-old Japanese tradition for commercial gain. The controversy prompted the mayor of Kyoto to write a letter to Kardashian, in which he noted the sensitivity of the Japanese people to her move and urged her to drop the effort.

Although the immediate controversy has now subsided, Kardashian’s truncated effort has renewed debate around the larger issue of “cultural appropriation” and its intersection with trademark law.

The term “cultural appropriation” is generally understood as the use of a name, symbol, object, trait, feature or attribute; distinctly associated with a people or culture (“Affected Group”) as a trademark by non-members of the Affected Group.

A long-running and prominent legal battle involving a claim of cultural appropriation concerned Washington Redskins Football team, which have used the perceived Native American physical trait as their trademark for over seven decades. Although the football team and its fans have always insisted that the name conveys affection and respect for Native Americans, certain Native Americans have insisted that the name is hurtful and derogatory and have mounted efforts to cancel the mark. In June 2014, in response to a challenge by an Affected Group, the Patent and Trademark Office (USPTO) cancelled Washington Redskin’s multiple trademarks under the then-existing “disparagement clause”, contained in Section 2(a) of the Lanham Act, which prohibited the USPTO from issuing registrations for marks it found to be offensive or disparaging to certain groups. The USPTO found that, at the time of their registrations, the Redskins’ marks were offensive to a substantial segment of Native Americans. However, in June 2017, in Matal v. Tam, the Supreme Court found the disparagement clause to be unconstitutional for discriminating based on viewpoint. This decision, in turn, caused the USPTO to restore registered status to Washington Redskins’ trademarks.

Over the past two decades, Affected Groups have increasingly focused on trademark laws to combat cultural appropriation. The motives and corresponding approaches of these groups range from preservation of the Affected Group’s heritage and culture from perceived harm to seeking a share in the financial rewards of such exploits.

Significantly, “[a] nickname or an informal reference, even one created by the public, can qualify as an entity’s ‘identity,’ thereby giving rise to a protectable interest.”   For example, the USPTO has rejected the registration of LAKOTA finding that it “identifies a historical people who speak the Lakota language and share a single Native American heritage,” and it thus “identifies a “person(s)” or “institution(s)” as contemplated by § 2(a).  In fact, “A false suggestion of a connection may be found when one’s right to control the use of its identity is violated, even if the name claimed to be appropriated was never commercially exploited as a trademark or in a manner analogous to trademark use.”

Although they provide powerful tools for countering cultural appropriation, cancellation and opposition proceedings do not preclude the use of the challenged mark, but only prevent it from being registered. An infringement action, a more powerful tool, which would preclude the use of the mark in trade and commerce, poses a tougher challenge for the Affected Groups. This is because an infringement action in court requires possession of a valid trademark, certification mark, or a collective mark. However, registration is not a prerequisite to the initiation of an infringement action. Affected Groups seeking to stop cultural appropriation can base their response on the likelihood of confusion and dilution. A dilution claim is more powerful as it does not require a likelihood of consumer confusion, and instead requires either “blurring” of the distinctiveness or “tarnishment” of the mark (15 U.S.C. §1052 (f)).

In sum, although not perfect, trademark laws do provide powerful tools for Affected Groups to combat and control cultural appropriators from using their cherished attributes. The key to taking advantage of these tools is recognition, by the Affected Groups, of the available tools and developing an approach and strategy which seeks to utilize these resources effectively.