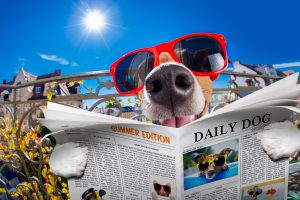 This week in Other Barks & Bites: Senators Rubio and Cornyn introduce a bill to prevent Huawei from buying and selling U.S. patents; the CASE Act to create a small claims system for copyright claims is voted onto the Senate floor; the USPTO releases an updated trial practice guide for America Invents Act trials at the Patent Trial and Appeal Board; IBM increases its blockchain patent filings, while carbon mitigation patent filings have dropped around the world; Google faces patent lawsuit for “brazen” infringement; a settlement in a trademark case allows historic Yosemite sites to resume use of their names; and Microsoft boost in cloud sales in the latest quarter leads to a big beat on revenue.

USPTO Issues Update to AIA Trial Practice Guide – In July, the U.S. Patent and Trademark Office published a second update to the America Invents Act (AIA) Trial Practice Guide which includes guidance on various aspects of AIA trials at the Patent Trial and Appeal Board (PTAB) such as motions to amend, revised claim construction standard and information to be provided by parties involved in multiple petitions.

Senate Judiciary Votes CASE Act Out of Committee – On Thursday, July 18, the Senate Judiciary Committee passed the Copyright Alternative in Small-Claims Enforcement (CASE) Act onto the floor of the Senate for a full vote. The bill would create a small claims system for copyright claims capped at $15,000 in damages per infringed work and $30,000 for total damages. 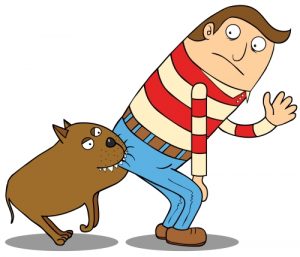 Commissioner for Trademarks Testifies on Bad Faith Filings, Anticounterfeiting Efforts – On Thursday, July 18, Commissioner for Trademarks Mary Boney Denision testified before the House Judiciary Committee’s Subcommittee on Courts, Intellectual Property, and the Internet. She discussed actions to curb bad faith trademark filings, including the creation of a special task force as well as revising the specimen rule, along with anti-counterfeiting efforts like the China team of IP attachés aiding U.S. businesses in that region.

Federal Circuit Vacates PTAB Decision Upholding Patent Examiner Rejection – On Thursday, July 18, the Court of Appeals for the Federal Circuit issued a decision in In re: Christopher John Rudy which vacated portions of a PTAB decision after finding that the PTAB erred in upholding certain claims rejected by an examiner as anticipated by the asserted prior art.

Global Patent Filings for Carbon Mitigation Technologies Have Decreased – On Thursday, July 11, research published by the International Energy Agency (IEA) and the Organisation for Economic Co-operation and Development (OECD) indicated that global patent application filings for climate change mitigation technologies have decreased from 5,176 filings in 2011 down to 2,404 in 2018.

University of California Licenses Pair of CRISPR Patents – On Thursday, July 18, Mammoth Biosciences announced that it is the exclusive licensee of a pair of patents covering CRISPR collateral cleavage diagnostic systems and owned by the University of California, which is currently involved in patent interference proceedings at the USPTO regarding claims that it was the first to invent CRISPR technologies over patent claims that have been issued to the Broad Institute.

Katy Perry “Dark Horse” Copyright Trial Gets Underway – On Thursday, July 18, a jury trial got underway in the Central District of California copyright case brought by the writer of the 2012 gospel rap song “Joyful Noise” who alleges that Katy Perry copied portions of that song for her 2013 release “Dark Horse.”

Nike Countersues Kawhi Leonard in “Claw Design” Copyright Case – On Wednesday, July 17, Nike filed counterclaims in a copyright case ongoing in the Southern District of California which was first brought by NBA star Kawhi Leonard over his alleged authorship of the “Claw Design” used on Nike apparel. 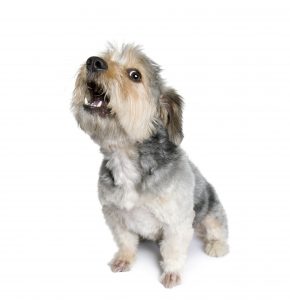 “Googles” Trademark Lawsuit Against Alphabet Dismissed – On Tuesday, July 16, U.S. District Judge Lorna Schofield of the Southern District of New York dismissed a trademark lawsuit after determining that SM Kids, which owns a trademark for “Googles” for use on a children’s website, had failed to show that the website was created and the mark was used in commerce.

Fitbit Faces Patent Suit Over System of Protecting Sensitive Information – On Tuesday, July 16, Transaction Secure LLC filed a lawsuit alleging claims of patent infringement against Fitbit in the Northern District of California, asserting patent claims covering a system and method for authenticating a person’s identity via a trusted entity.

Google Sued by Impact Engine Over “Brazen” IP Infringement – On Monday, July 15, online display advertising company Impact Engine announced that it had filed a lawsuit in the Southern District of California against Google after two years of a working relationship with Google that led to the tech giant stealing a prototype developed by Impact Engine, infringing upon six of the company’s patents.

Trademark Settlement Allows Yosemite Landmarks to Return to Historic Names – On Monday, July 15, a settlement between Yosemite National Park and park concession provider Delaware North ended a trademark dispute which enabled historic Yosemite sites including The Ahwahnee and Camp Curry to resume use of those original names. 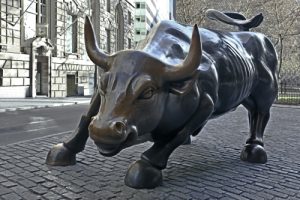 Microsoft Beats Revenue Estimates on Strong Cloud Sales – On Thursday, July 18, computer software giant Microsoft issued its fourth quarter earnings report where it beat analyst expectations on both revenue and earnings per share thanks to 64 percent revenue growth in its cloud-based services division and 14.3 percent growth in productivity software, which includes both LinkedIn and Office 365.

Netflix Shares Drop 11 Percent After Posting Subscriber Base Loss – Shares of Netflix were down about 11 percent after the company released quarterly earnings on Wednesday, July 17, in large part because the company reported the first loss of subscriber base membership that it has seen in eight years.