“Since the early days of this republic, the so-called ‘American Rule’ has been a bedrock principle governing the award of attorney fees in litigation.” – NYIPLA amicus brief 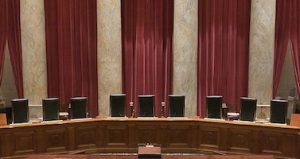 On June 25, 2019, the New York Intellectual Property Association (NYIPLA) filed an Amicus Brief in support of the Respondent in Peter v. NantKwest, Inc., No. 18-801, pending before the Supreme Court. NantKwest raises the issue of whether patent applicants who are dissatisfied with U.S. Patent and Trademark Office (USPTO) decisions and subsequently appeal to the U.S. District Court of the Eastern District of Virginia must pay USPTO staff attorney salaries as part of “[a]ll the expenses of the proceedings” under 35 U.S.C. Section 145, which allows applicants to pursue a civil action against decisions of the USPTO Director.

In the proceedings at issue, NantKwest challenged an adverse PTAB decision in the Eastern District of Virginia. The District Court did not grant NantKwest’s petition for a patent, but also refused the USPTO’s request to reimburse its staff attorneys’ salaries as part of “[a]ll the expenses of the proceedings” under Section 145. A three-judge panel of the Federal Circuit reversed the District Court and awarded the USPTO the requested staff attorneys’ fees.  However, the panel decision was reversed sua sponte by the Federal Circuit sitting en banc, holding that “expenses” do not include attorneys’ fees.

The following excerpts from the brief summarize the arguments presented by the NYIPLA:

This case is not about overturning the American Rule, rather, it involves merely applying it to the statute at hand, which has never been applied to justify an award of fees and should not now be found to do so. . . .

Starting in 2013, the government adopted the novel and creative theory that applicants for patents and trademarks who elect to challenge adverse decisions through district court proceeding (instead of a direct appeal) must pay the salaries of the PTO staff attorneys and paralegals who defend such challenges under the guise that such salaries are somehow “expenses” authorized by Congress to be reimbursed. . . .

But neither Section 145 of the Patent Act, nor Section 1071(b)(3) of the Lanham Act, provide sufficiently specific and explicit provisions to allow for fee shifting of “attorney’s fees,” let alone making a challenger to government action bear the costs of the salaries of the government employees defending such actions. . . .

At the time Section 145 of the Patent Act was enacted in 1952, Congress knew exactly how to award “attorney fees” if it so chose. Indeed, it included a specific fee shifting provision in Section 285: “The court in exceptional cases may award reasonable attorney fees to the prevailing party.” 35 U.S.C. § 285 (emphasis added); see Octane Fitness, 572 U.S. at 549.  Yet Section 145 does not use the clear and explicit language found in this other part of the same statute. . . .

Allowing the Fourth Circuit’s interpretation of “all the expenses” to stand would penalize parties for merely commencing a lawsuit to such a degree that many parties of limited means simply could not have their statutorily granted day in court. This would particularly penalize emerging inventors and entrepreneurs seeking to file innovative patents.

Other amicus briefs have been filed by R Street Institute and the Federal Circuit Bar Association. The Supreme Court oral argument is scheduled for Monday, October 7, 2019.

Barak Bacharach is a summer associate at Amster, Rothstein & Ebenstein LLP and a rising third-year at Columbia Law School. He is a member of the Columbia Science and Technology Law Review.

Robert Isackson is a Parter with Leason Ellis. Practicing for over thirty years, Rob Isackson is an accomplished, front-line IP litigator, counselor, and advisor fluent in all aspects of intellectual property: patents, [...see more]