Spilling the ‘Detox Tea’: Are We About to See More FTC Action on Social Media Influencer Advertising?

“With the social media ad spend on track soon to overtake all other forms of advertising, including TV, we are likely to see increased scrutiny from the FTC to ensure upfront, clear disclosures of any paid content.” 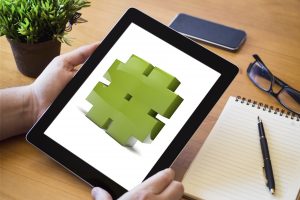 In a recent letter, Senator Richard Blumenthal (D-Conn.) urged the Federal Trade Commission (FTC) to take action against makers of “detox teas” for engaging in “predatory” and misleading marketing tactics on social media platforms, targeting primarily young adults (and young women in particular). Taking aim at the Instagram idol Kim Kardashian, Senator Blumenthal pointed out that influencers earn up to “six figure sums” for a single social media post promoting detox tea products without any expectation that the endorsers personally use the products and expose themselves to the alleged health risks associated with the teas.

Senator Blumenthal’s letter comes two years after the FTC notified over 90 social media influencers about the requirement to clearly and conspicuously disclose to consumers their relationships with brands when promoting products on Instagram and other social media platforms. But have the warning letters from the FTC had the desired effect on social media influencers? According to the recent Truth in Advertising, Inc. (“TINA”) open letter to the FTC, not at all. TINA claims that since the 2017 FTC warning letters, “all but one [of over 90 influencers] have continued to mislead their fan base, which range in size from just over 750,000 followers on Instagram to more than 32 million followers.” TINA’s comprehensive compilation of over 1,400 representative violations include a post by Sofia Vergara promoting Payless Shoes to her 16 million followers without disclosing her alleged material connection to the brand, the popular singer Ciara touting Revlon without proper disclosures, and Vanessa Hudgens getting over 300,000 likes on a non-compliant post promoting sunglasses and clothing, again without proper disclosures. TINA urged the FTC to “put an end to this ongoing and pervasive consumer deception.”  Notably, despite issuing warnings, the FTC has not yet taken actions against influencers directly.

The FTC, however, has taken enforcement actions against brands for failure to properly disclose material connections to their social media influencers. Lord & Taylor settled charges with the FTC that it deceived consumers by failing to disclose that it paid thousands of dollars and provided free dresses to 50 “fashion influencers” to promote the dresses on Instagram. The consent order prohibited Lord &Taylor from misrepresenting that any social media endorsers are ordinary consumers and obligated it to disclose any material connection between the brand and the endorsers. Notably, it also required Lord & Taylor to put in place a monitoring program to review endorsement campaigns for compliance.

Warner Brothers also got in trouble with the FTC in connection with its use of prominent influencers, including PewDiePie, for sponsored gameplay videos to promote the Middle Earth: Shadow of Mordor game. Warner Brothers instructed the influencers to promote the videos on social media, generating millions of views. PewDiePie’s sponsored video alone was viewed more than 3.7 million times. Although Warner Brothers told the influencers to place sponsorship disclosures in the description box appearing below the video, the disclosures were not sufficiently conspicuous. The vast majority of the disclosures appeared “below the fold,” visible only if consumers clicked on the “Show More” button in the description box. In addition, when influencers posted YouTube videos on Facebook or Twitter, the posting did not include the “Show More” button, making it even less likely that consumers would see the disclosures.

Be Prepared for an FTC Crackdown

With the social media ad spend on track soon to overtake all other forms of advertising, including TV, we are likely to see increased scrutiny from the FTC to ensure upfront, clear disclosures of any paid content. Here are some key tips for ensuring adequate disclosure to consumers and compliance with the FTC guidelines:

Anna Naydonov Anna Naydonov’s practice focuses on trademark and false advertising litigation. She routinely litigates high-stakes cases for some of the world’s most renowned brands before federal trial and appellate courts and [...see more]