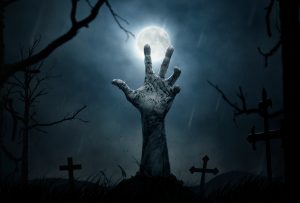 I thought the Electric Power Group decision was effectively dead. It used an overbroad characterization of patent claims under Step 1 of Mayo/Alice. The Federal Circuit panel in the case (Taranto, Bryson, and Stoll) wrote that the “focus” of the claims “is on collecting information, analyzing it, and displaying certain results of the collection and analysis.”  See Elec. Power Grp., LLC v. Alstrom S.A., 119 U.S.P.Q.2d 1739, 1741 (Fed. Cir. 2016). Following that decision, I encountered many Section 101 rejections that put forth an extremely broad characterization of claims, citing Electric Power Group as authority. I saw no rebuttal until the 2019 Revised Patent Subject Matter Eligibility Guidance, 84 Fed. Reg. 50, 52 (January 7, 2019). “Claims that do not recite matter that falls within these enumerated groupings of abstract ideas should not be treated as reciting abstract ideas.”  See id. at 53. The Electric Power Group decision was nowhere cited, and “collecting information” was not listed as one of the abstract ideas. Indeed, the Patent Trial and Appeal Board’s (PTAB’s) art unit 3600 soon decided that “‘collecting usage information’ … is not an abstract idea.” See Final Decision in Ex parte Fanaru, Appeal 2017-2898 at page 5 (PTAB 2019). I was thus able to use the 2019 Revised Patent Subject Matter Eligibility Guidance and Ex parte Fanaru to counter an examiner’s broad characterization of claims.

Now, however, Electric Power Group may make a comeback. The very recent Cellspin decision again cited to Electric Power Group to support a very broad Step 1 characterization of claims. The Federal Circuit panel (Lourie, O’Malley, and Taranto) found the claims were “drawn to the idea of capturing and transmitting data from one device to another.”  See Cellspin Soft, Inc. v. Fitbit, Inc., et al., at page 16 slip opinion (CAFC, decided June 25, 2019). The claims at issue in Cellspin involved two-device Bluetooth communications between a smartphone and a fitness monitor, the details of which are not important to this article. What is important, though, is the panel then said, “we have consistently held that similar claims reciting the collection, transfer, and publishing of data are directed to an abstract idea,” and cited to the Electric Power Group decision. Cellspin argued that the district court’s claim characterization was “overly simplistic” and “ignored important limitations,” but the panel found none of those limitations “change the fact that the claims as a whole … are directed to an abstract idea.”  See id. at 17.

The 2019 Revised Patent Subject Matter Eligibility Guidance was very helpful in overcoming some overly broad Step 1 characterizations. Now, however, examiners may once again cite to Electric Power Group to support any claim characterization. It’s time for the patent bar to engineer an en banc review of Step 1, and perhaps Cellspin is such a vehicle.