U.S. Companies and Groups to Congress: the Section 101 Reform Draft is Good and Genes are Safe 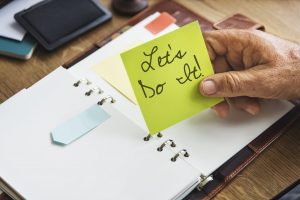 Seventy-two companies and organizations, ranging from Tivo to Bristol-Myers Squibb and from the American Conservative Union to the Alliance of U.S. Startups & Inventors for Jobs (USIJ)— as well as retired Federal Circuit Chief Judge Paul Michel—have sent a letter to Senators Thom Tillis and Chris Coons and Representatives Hank Johnson, Doug Collins, and Steve Stivers in support of the current draft language to reform Section 101 of the U.S. Patent Act. The letter comes as the patent community eagerly awaits a new version of the bill, following three hearings and 45 witnesses in which most voiced their general support for the approach taken in the draft, but several sticking points were identified. The next iteration is expected soon after Congress’ July 4 recess.

The letter says that judicially created loopholes are sending U.S. innovation overseas and discouraging inventors from pursuing R&D in critical areas. Only about 200 words long, it ended with a jab at arguments touted by the American Civil Liberties Union (ACLU) and others that the changes in the draft would allow too much flexibility, resulting in a rush to patent human genes:

We also write to make clear in no uncertain terms that under your proposed legislation, naturally occurring materials and compositions as they exist in nature – including human genes – will remain patent ineligible, despite well-publicized claims to the contrary.

Despite the strong show of support for the current draft, Tillis indicated at the end of the last Senate hearing that changes will be made to the text based on concerns raised on both sides about the proposed Section 112(f), the definition of “utility”, and the effects on academic research, for example. It remains to be seen if any change to specifically address the repeated claims made by the ACLU that human genes will become patentable under the new language will be inserted. While many read the draft as abrogating the Myriad ruling, Senator Coons at one point in the hearings said that was not his intention.

Paul Morinville, the only independent inventor to testify in the Senate IP Subcommittee hearings, this week published an article with IPWatchdog urging inventors not to support the draft bill. While Morinville said that the change to Section 101 would be an improvement, upon two weeks of reflection, he has decided not to support the bill as drafted because the damage would be largely transferred to Sections 112(f) and 100(k) and any short term advantage it may have is outweighed by the broader damage it will do to the U.S. patent system. Morinville wrote:

If we pass the draft legislation, China will certainty overtake us in artificial intelligence and other technologies critical to our economic and national security. Big tech monopolies will continue to be protected until someday years from now we look back to figure out what happened. But by then, it will be too late.

I’ve made my decision. If the draft legislation codifies 101 exceptions, or if it includes the draft changes to 100 and 112, I am going to do everything that I can to kill the legislation. I hope that other inventors will join me.

Help From the House?

Last week, Rep. Steve Stivers (R-OH) took part in a panel at the American Enterprise Institute (AEI ) in which he indicated that House Judiciary Committee Chairman Jerrold Nadler and House IP Subcommittee Chair Hank Johnson have expressed interest in the patent eligibility topic, “but I think right now Jerry Nadler is a little more focused on ‘IT’ than ‘IP’—and IT means impeach Trump,” Stivers said. “But I hope we get to IP soon.”

Stivers also said that, “we’ll probably end up listing some things that can’t be patented, and my guess is something that occurs in nature will be listed” in order to address the concerns over gene patenting.