“Statistics from the USPTO show that patent examiners have only 22 hours to review each application, which 70% of examiners consider to be insufficient time. For this reason, it is imperative that the United States enlist the help of the public to help the PTO’s patentability evaluation.” 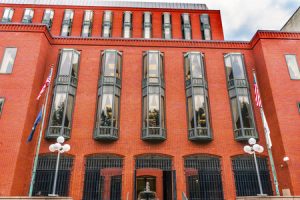 Late last week, the Federal Circuit issued Power Integrations, Inc. v. Semiconductor Components Indus., LLC and Regents of the Univ. of Minnesota v. LSI Corp. These two precedential decisions bring further clarity to who is subject to the time bar for filing petitions for inter partes review (IPR) and whether sovereign immunity protects patents from being subject to IPR challenges. The key takeaways are:

A Broader Reading of the Time-Bar Analysis for IPRs

In Power Integrations, Inc. v. Semiconductor Components Indus., LLC, the Federal Circuit held that real-party-in-interest and privity relationships arising after the filing of an IPR petition, but before institution must be considered for purposes of determining whether the petition is time barred. Under the America Invents Act, “an inter partes review may not be instituted if the petition requesting the proceeding is filed more than one year after the date on which the petition, real party in interest, or privy of the petitioner is served with a complaint alleging infringement of the patent.”  35 U.S.C. 351(b). Here, the Court found that Fairchild (Taiwan) Corporation (Fairchild) became a real party in interest after the petition was filed yet before institution. Because Fairchild had been sued by Power Integrations, Inc. (PI) years earlier, the petition was barred by Section 351(b).

In March 2016—more than five years after Fairchild had been served by PI with the complaint—Semiconductor Components Indus., LLC, doing business as ON Semiconductor (ON), filed an IPR petition on the ’079 patent. At that time, ON and Fairchild had entered into a merger agreement. The merger transaction, however, did not close until months later. Four days after the merger was complete, the Patent Trial and Appeal Board (Board) instituted the ‘079 patent IPR.

The Board found that the petitions were not barred by 35 U.S.C. § 315(b) because its analysis focused exclusively on the relationship of ON and Fairchild at the time of filing. As of that date, the parties had not yet merged and there was no evidence that Fairchild had participated in the drafting or filing of the petition.

The Federal Circuit, however, disagreed with this narrow focus. It held that the “focus of § 315(b) is on institution. The language of the statute, in our view, makes privity and [real party in interest] relationships that may arise after filing but before institution relevant to the [] time-bar analysis.” In reaching this conclusion the Court also relied on common law preclusion principles and the statute’s purpose. Further, it rejected the arguments raised by ON. For example, the Federal Circuit refused to give deference to PTO regulations and non-precedential Board decisions which held that real-party-in-interest and privity determinations are to be made with respect to the parties’ relationship at the time the petition is filed. At bottom, the Court declined “to construe § 315(b) in a way that would have the Board, when deciding whether to institute, ignore the existence of [real parties in interest] or privies who would benefit from having an IPR instituted simply because they were not [real parties in interest] or privies when the petition was filed.”

State Sovereign Immunity Does Not Apply to PTAB Proceedings

While the Power Integrations decision will potentially limit the number of IPR petitions that may be instituted, the Court also confirmed last week that IPR is available for a whole category of patents—those owned by states. In Regents of the Univ. of Minn. V. LSI Corp., the Court held that sovereign immunity does not apply to IPR proceedings.

This decision is largely a follow-on from last year’s decision finding that tribal sovereign immunity does not apply. See Saint Regis Mohawk Tribe v. Mylan Pharms. Inc., 896 F.3d 1332 (Fed. Cir. 2018), cert. denied, 139 S. Ct. 1547 (2019). The crux of the Court’s decision is that IPR is not a private adjudicatory proceeding, but rather the United States’ reconsideration of a prior patent grant with the assistance of the public. To reach this conclusion, the Court provided, among other things, an extensive recitation of the history of patent challenges in the United States. It further emphasized the challenges faced by the USPTO in terms of the examination process. Statistics from the USPTO show that patent examiners have only 22 hours to review each application, which 70% of examiners consider to be insufficient time. For this reason, it is imperative that the United States enlist the help of the public to help the PTO’s patentability evaluation. The Court also established that “state and tribal immunity do not differ in a way that is material to the question of whether IPR proceedings are subject to state sovereign immunity.”

Ultimately, the Court held that “IPR represents the sovereign’s reconsideration of the initial patent grant, and the differences between state and tribal sovereign immunity do not warrant a different result than in Saint Regis.”

Heather Repicky is a the deputy chair of the Litigation Department of Nutter McClennen & Fish and a member of the firm’s IP Litigation practice group. She focuses her practice on civil [...see more]

Steve Saunders is a partner and co-chair of Nutter’s Intellectual Property Department. Drawing on his experience in high-tech and medical devices, Steve advises clients of all sizes, from emerging companies to multinational [...see more]