“Qualcomm faced two institution decisions, adding to the legal troubles the company has faced recently in enforcing its intellectual property.” 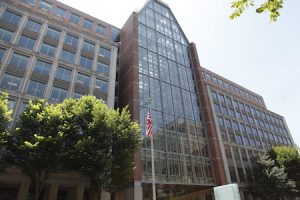 Last week at the USPTO Patent Trial and Appeal Board (PTAB), 23 institution decisions were issued based on petitions to challenge the validity of patents via inter partes review (IPR) proceedings. Only four petitions were denied institution, while four of those instituted were joined to other IPR proceedings already ongoing at the PTAB. Qualcomm faced two institution decisions, adding to the legal troubles the company has faced recently in enforcing its intellectual property. Apple secured three successful decisions to institute, including two IPRs that are joined to other proceedings brought by HTC Corporation. Visa, Netflix and Guest Tek Interactive Entertainment also saw successes with their IPR petitions, while ResMed had two petitions instituted and two denied by the PTAB.

A PTAB panel voted to institute two IPR petitions brought by Intel Corporation to challenge the validity of Qualcomm Incorporated’s patent claims. In IPR2019-00128 , claims 1, 7, 8, 11, 17 and 18 of Qualcomm’s U.S. Patent No. 9154356, Low Noise Amplifiers for Carrier Aggregation, are at issue. The PTAB instituted the IPR based on Intel’s allegations of anticipation over U.S. Patent Application 20120056681, Signal Amplification Circuits for Receiving/Transmitting Signals According to Input Signal (Lee), as well as obviousness over Lee and a 2009 feasibility study on further advances for LTE networks. In IPR 2019-00129 , the PTAB instituted IPR proceedings on claims 2 through 6 and claim 10 of Qualcomm’s ‘356 patent. Intel challenged claims 2 through 6 on Section 102 grounds over Lee and then Section 103 grounds over Lee and the 2009 feasibility study. Claim 10 is challenged on Section 103 grounds over Lee, the 2009 feasibility study, and a 2010 technical paper describing an attenuator suitable for mobile TV applications (Youssef).

Both institution decisions identify the ‘356 patent as asserted by Qualcomm both in a Southern District of California case against Apple and an International Trade Commission (ITC) investigation against Apple. The district court proceeding has been dismissed and the ITC proceeding was terminated by both parties. There have been four other petitions for IPR proceedings on the ‘356 patent.

A PTAB panel voted to institute three IPR proceedings against claims of three patents owned by Caris MPI based on validity challenges made by Foundation Medicine. In IPR2019-00164, Foundation is challenging claims of U.S. Patent No. 8880350, System and Method for Determining Individualized Medical Intervention for a Disease State. In IPR2019-00170, Foundation is challenging U.S. Patent No. 9372193, and in IPR2019-00171, Foundation is challenging U.S. Patent No. 9383365 (the ‘193 and ‘365 patents share the same title as the ‘350 patent). The PTAB instituted challenges of all 14 claims of these three Caris MPI patents on grounds of obviousness over the combination of an international patent application filed in 2002 covering a molecular diagnostic and computerized decision support system for selecting the optimum treatment for human cancer (Lu) and a 2005 technical bulletin on RNA profiling using an Illumina microarray. All three of these patents have been asserted by Caris in co-pending district court litigation.

On the same day, the PTAB denied a petition for IPR filed by Foundation to challenge Caris’ U.S. Patent No. 9092392, Molecular Profiling of Tumors. In its decision to deny institution in IPR2019-00165 , the panel of Administrative Patent Judges (APJs) determined that Foundation hadn’t adequately explained why an ordinarily skilled artisan would have been motivated to sequence the more than 13,000 genes disclosed by a 2006 scientific article on coding sequences in breast and colorectal cancers to identify a therapeutic agent for a patient with colorectal cancer.

Another PTAB panel voted to institute two IPR proceedings petitioned by ResMed Limited, both of which challenge claims of Fisher & Paykel’s U.S. Patent No. 9974914, Breathing Assistance Apparatus. This patent was asserted by Fisher & Paykel at the ITC in an investigation of sleep apnea treatment mask systems, although that dispute has been settled. In IPR2019-00172 , the first eight claims of the ‘914 patent have been challenged as being obvious over the combination of U.S. Patent Application No. 20050011524, Nasal Interface Apparatus (Thomlinson), U.S. Patent Application No. 20040226566, Nasal Assembly (Gunaratnam) and U.S. Patent No. 20050028822, Sealing Nasal Cannula (Sleeper). In IPR2019-00173, ResMed is challenging claims 9 through 28 on Section 103 obviousness grounds over the combination of Thomlinson and Gunaratnam and claims 11 through 14  under Section 103 grounds over the combination of Thomlinson, Gunaratnam and Sleeper.

On the same day, the PTAB also denied institution of two IPR proceedings petitioned by ResMed against the ‘914 patent. Both IPR2019-00177 and IPR2019-00178 relied upon Sleeper as the primary prior art reference for challenging claims in combination with Thomlinson, Gunaratnam and U.S. Patent No. 6478026, Nasal Ventilation Interface (Wood). In both IPRs, the APJ panel was unpersuaded that either Sleeper alone or Sleeper in view of Wood satisfied claim limitations regarding the first side of the nasal prongs sitting adjacent to a curved user-side portion.

The PTAB terminated two IPRs petitioned by Visa, Inc. challenging a patent owned by Universal Secure Registry after the APJ panel decided to grant Visa’s motion for joinder to IPRs filed by Apple Inc. The IPRs challenge claims of Universal’s U.S. Patent No. 9100826, Method and Apparatus for Secure Access Payment and Identification. Both Visa’s IPR2019-00175 and IPR2019-00176 challenge the ‘826 patent on the same single ground of unpatentability raised in the Apple IPRs and rely on the same prior art analysis in those IPRs. Both Apple and Visa primarily rely upon an international patent application filed in 2003 claiming an identity authentication system and method (Jakobsson) and U.S. Patent Application No. 20040236632, System and Method for Conducting Financial Transactions Using a Personal Transaction Device with Vehicle-Accessed, Payment-Gateway Terminals (Maritzen).

The PTAB instituted an IPR proceeding petitioned by Live Power Intelligence Company to challenge claims of Genscape Intangible Holding’s U.S. Patent No. 6714000, Method for Monitoring Power and Current Flow. The ‘000 patent was involved in a district court patent case between Genscape and Live Power which has since been dismissed. In IPR2019-00189 , Live Power’s petition challenged claims 1, 9 and 11 of the ‘000 patent on Section 103 grounds based on a combination of U.S. Patent No. 5473244, Apparatus for Measuring Voltages and Currents Using Non-Contacting Sensors (Libove) in view of U.S. Patent No. 5408176, Monitoring and Fault Protection of High Voltage Switch Yards (Blatt) and U.S. Patent No. 4709339, Electric Power Line Parameter Measurement Apparatus and Systems, Including Compact, Line-Mounted Modules (Fernandes). Live Power also challenged the ‘000 patent claims based on a combination of Libove in view of Fernandes and a 1994 IEEE standard procedures document on procedures for measurement of power frequency electric and magnetic fields from alternating current power lines.

The PTAB instituted an IPR proceeding petitioned by Netflix to challenge Realtime Adaptive Streaming’s U.S. Patent No. 7386046, Bandwidth Sensitive Data Compression and Decompression. There are five pending district court proceedings involving the ‘046 patent, several of which involve petitioner Netflix. In IPR2019-00209, Netflix challenges 20 claims of the ‘046 patent based on the combination of a 1999 Japanese patent application covering a system for decoding and reproducing digital audio signals in real time (Imai) and U.S. Patent No. 5596602, Data Compression Rate Control Method and Apparatus (Couwenhoven).

The PTAB instituted two IPR proceedings petitioned by Guest Tek Interactive Entertainment last week, one on Tuesday, May 28, and the other on Thursday, May 30. Both IPRs challenge patents that have been asserted by Nomadix in district court proceedings involving breach of contract claims against Guest Tek. The first trial instituted, IPR2019-00253 , challenges claims 1 and 9 of Nomadix’s U.S. Patent No. 8626922, Systems and Methods for Dynamic Data Transfer Management on a Per Subscriber Basis in a Communications Network. These claims are challenged on Section 103 grounds based on three combinations of prior art: U.S. Patent No. 5864540, Method for Integrated Traffic Shaping in a Packet-Switched Network (Bonomi) and U.S. Patent No. 6587433, Remote Access Server for Multiple Service Classes in IP Networks (Borella); U.S. Patent No. 7392279, Network Traffic Shaping Using Time-Based Queues (Chandran) and a 1998 IEEE project report on quality of Internet access (Rupp); and U.S. Patent No. 5623492, Methods and Systems for Managing Bandwidth Resources in a Fast Packet Switching Network (Teraslinna) and Bonomi. In IPR2019-00211 , Guest Tek is challenging claims 1 and 9 of U.S. Patent No. 7953857, same title as the ‘922 patent, based on the same combinations of prior art.

The PTAB instituted three IPR proceedings petitioned by William Hill U.S. Holdco to challenge patents owned by CG Technology Development, which are related to ongoing district court proceedings between the two parties. In IPR2019-00317 , William Hill is challenging 12 claim of U.S. Patent No. 9269224, Devices for Gaming. IPR2019-00319 challenges 18 claims of U.S. Patent No. 9240098, Kiosk for Gaming, and IPR2019-00320 challenges 17 claims of U.S. Patent No. 10096207, same title as the ‘098 patent. William Hill is challenging claims on Section 102(b) and Section 103(a) grounds, primarily relying on U.S. Patent No. 6612928, Player Identification Using Biometric Data in a Gaming Environment (Bradford), as the prior art reference. In all three IPRs, certain claims are challenged based on the combination of Bradford and U.S. Patent Application No. 20050054417, Gaming Machine With Scanning Capability (Parrott).

A PTAB panel denied institution to IPR2019-00345  in which petitioner Maia Pharmaceuticals had challenged the validity of Bracco Diagnostics’ U.S. Patent No. 6803046, Sincalide Formulations. The ‘046 patent is involved in district court litigation between Bracco and Maia. Petitioner Maia’s Section 103(a) validity challenge primarily relied upon a 1977 physician’s desk reference book for radiology and nuclear medicine and an international patent application filed in 2000 (Sato) that covered long-time stabilized formulations of the cancer therapy filgrastim. In denying the IPR, the APJ panel held that the combination of the physician’s desk reference and Sato didn’t render the claimed subject matter obvious as Sato didn’t contain teachings specific to cholecystokinin, the hormone from which sincalide is derived.

The PTAB instituted IPR2019-00377 following Apple’s petition to challenge claim 10 of Singapore Asahi Chemical & Solder Industries’ U.S. Patent No. 6176947, Lead-Free Solders. The ‘947 patent is involved in district court litigation between Singapore Asahi and Apple; that case has been dismissed without prejudice and Singapore Asahi has been given leave to reopen the case after conclusion of the IPR. Apple asserted two grounds of invalidity: Section 102(b) grounds over a 1995 Japanese patent application  (Yamaguchi ‘874) covering solder material or a 1997 paper on lead-free solders (Lee); and Section 103(a) grounds over Lee, a 1996 Japanese patent application (Matsumoto) covering lead-free solder or a 1996 international patent application (Yamaguchi ‘923) covering solder, solder paste and a soldering method.

The PTAB instituted two other IPRs petitioned by Apple, both of which challenge INVT SPE’s U.S. Patent No. 7848439, Communication Apparatus, Communication System, and Communication Method. The ‘439 patent is involved in several district court proceedings as well as an ITC investigation. In IPR2019-00959 , Apple challenged claim 8 of the ‘439 patent on Section 103 grounds over prior art references U.S. Patent No. 6904283, Multi-Carrier Communications With Group-Based Subcarrier Allocation (Li), U.S. Patent No. 7221680, Multiplexing and Transmission of Multiple Data Streams in a Wireless Multi-Carrier Communication System (Vijayan), U.S. Patent No. 6721569, Dynamic Sub-Carrier Assignment in OFDM Systems (Hashem) and U.S. Patent No. 5596604, Multicarrier Modulation Transmission System With Variable Delay (Cioffi). In IPR2019-00958, Apple challenged claims 1 through 7 of the ‘439 patent on Section 103 grounds over Li, Vijayan and Hashem. Along with instituting the IPRs, the PTAB also granted Apple’s motion for joinder of both its petitions to previous IPRs petitioned by HTC Corporation challenging the same claims over the same prior art references.