“Any entity arguing to Congress that it must maintain the Supreme Court’s judicially created exceptions and the Alice rubric because of the Court’ statutory stare decisis is flat wrong as a matter of law. Even the Supreme Court does not believe that. Congress is free to legislate any patent policy it decides is in the country’s best interest regardless of prior Supreme Court law.” 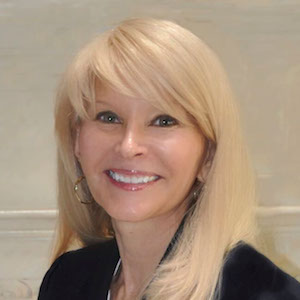 This morning, the American Civil Liberties Union (ACLU), which will be represented in Wednesday’s hearing on Section 101 reform by Senior Legislative Counsel Kate Ruane, announced an urgent phone briefing for members of Congress and staff to address the contention that the “Proposed Patent Bill Would Jeopardize Health Care and Harm Medical Research.”

The phone briefing, which all interested stakeholders should join, takes place today at 2:30 pm EST and will be jointly held by representatives from the ACLU, the Association for Molecular Pathology, a breast cancer survivor and patient, My Gene Counsel, and Invitae. Anyone who would like to listen should dial in to the number provided here.

Below, Sherry Knowles, a well-known patent attorney, policy expert and also a breast cancer survivor, rebuts the arguments made in both the ACLU’s briefing announcement and associated letter to Congress on this topic.

The ACLU excerpts referenced below are available in their entirety here and here.

ACLU: “The draft legislation would amend Section 101 of the Patent Act to permit the patenting of products and laws of nature, such as human genes, other naturally occurring matter and relationships, and abstract ideas.”

ACLU: “It would, in effect, pave the way for businesses to own exclusive rights to genes, giving them the right to prohibit all others from providing and developing genetic testing and pursuing research.”

ACLU: “Next week, the Senate Judiciary Intellectual Property Subcommittee, led by Sens. Tillis and Coons, will also hold a series of hearings on the draft legislation in an effort to rush through a deeply flawed bill to the floor.”

ACLU: “We, the undersigned civil rights, medical, scientific, patient advocacy, and women’s health organizations, write to express our opposition to the recent proposal to amend Section 101 of the Patent Act. The draft legislation if enacted would authorize patenting products and laws of nature, abstract ideas, and other general fields of knowledge.”

ACLU: “Most troublingly, the legislation would permit patenting of human genes and naturally-occurring associations between genes and diseases. These statements are wrong as a matter of fact.”

ACLU: “Allowing these patents will prevent the discovery of novel treatments for diseases including cancer, muscular dystrophy, Alzheimer’s disease, heart disease, and other rare and common diseases.”

ACLU: “It would also create barriers to patients’ access to potentially lifesaving genomic tests, eliminate access to confirmatory testing and dramatically increase the cost of tests that have benefited from innovation that led to reduced costs of DNA sequencing technology.”

ACLU: “Further, it will stymie competition for developing and improving diagnostic and medical tests and increase the cost and hinder advancement of targeted therapeutics involving genomic markers. That means higher costs for patients, payers, and the healthcare system overall.”

ACLU: “Recent cases from 2012-2014, all issued by a unanimous Supreme Court, affirm and clarify these important exceptions to patent-eligibility. Specifically, in Mayo Collaborative Services v. Prometheus Laboratories, the Court unanimously held that a naturally occurring relationship between certain metabolite levels in the blood and the likelihood of whether a drug dosage is effective was not patent-eligible.”

ACLU: “The biological relationship between the metabolite level and the appropriate drug dosage was a natural law, not one invented by the patentee.”

ACLU: “In Association for Molecular Pathology v. Myriad Genetics, a fully united Court extended its reasoning in Mayo to human genes isolated from the body, finding that the genes were not significantly altered by isolation, and that such patents lock up genetic information, preventing others from scientific and medical work.”