“While 85% [of Gen Zers] have heard of IP rights and 93% have a lot of respect for people’s ideas and creations, 79% said they have purchased counterfeit products in the past year.” 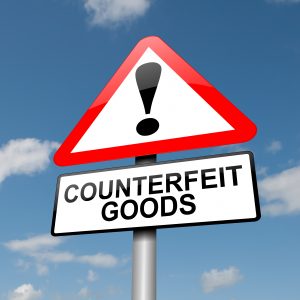 Much has been made in the last week or two of the International Trademark Association’s (INTA’s) study, Gen Z Insights: Brands and Counterfeit Products, which surveyed more than 4,500 respondents between the ages of 18 and 23 in 10 countries: Argentina, China, India, Indonesia, Italy, Japan, Mexico, Nigeria, Russia, and the United States. The study found that Gen Z’s identity is defined by three characteristics: individuality, morality and flexibility: 85% believe that brands should aim to do good in the world, and 81% feel that the brand name is not as important as how the product fits their needs. While 85% have heard of IP rights and 93% have a lot of respect for people’s ideas and creations, 79% said they have purchased counterfeit products in the past year. The two most commonly purchased counterfeit products are apparel and shoes and accessories. The three most credible sources for learning about counterfeiting are brands’ creators or employees, media personalities and social media influencers.

The European Union Intellectual Property Office, then known as the Office for Harmonization in the Internal Market (OHIM), first conducted a study of EU citizens in 2013 that came to a similar conclusion—essentially, people know counterfeits are bad, but they buy them anyway because they’re cheaper. In that study, while “75% of EU citizens surveyed disagreed with the statement ‘it is acceptable to buy counterfeit products when the price for the original product is too high,’” the younger they were, the more likely they were to purchase fakes or download illegal content anyway:

Thus, while the insights from the INTA study can be valuable, they are not particularly new or earth-shattering—as long as counterfeits and illegal content are allowed to proliferate thanks to platforms like Amazon, people of all ages will continue to—knowingly or unknowingly—purchase them. In the meantime, the INTA study suggests that brands’ best bet for getting Gen Zers to stop buying fakes is to emphasize any health, safety, environmental, or criminal hazards associated with the counterfeit versions of their products.

The INTA study was launched just prior to the Association’s 141st Annual Meeting, held in a particularly crowded Boston, Massachusetts, last week. More than 11,000 IP practitioners from over 150 countries attended.

One of the themes of the Annual Meeting, covered in various sessions, was trademark issues arising from fan works, including stories and artwork derived from successful books and movies. In a debate held on May 19, Lori Meddings of Quarles & Brady LLP argued that “a character can come to function as a source identifier” and that trademark infringement comes into play when fan fiction amounts to use in commerce. But Elizabeth Rosenblatt of U.C. Davis School of Law countered that the argument that characters can be trademarks is “troubled”: “How could they gain secondary meaning when they have multiple sources?” She concluded: “Fan fiction is good for the world, and good for trademark holders … If it’s fair use, trademark law shouldn’t step in to stop what copyright law allows.”

A session on “Designing and Using Survey Evidence in the Age of Online Shopping, Influencers, and Hashtags,” which featured lawyers and economic analysts, was very popular. The speakers highlighted evidence showing that for a majority (59%) of consumers, a purchasing decision starts online. This raises questions about how surveys in trademark litigation can simulate the consumer experience, and what is confusing to consumers: keyword advertising, for example, may be less significant than social media recommendations or posts. Other questions concern the usefulness of online comments: for example, is it evidence of confusion if someone posts that X “looks like” Y? Or, in a real example, what can be concluded from someone posting the words “Walmart Gucci!”? The panel concluded that surveys will continue to have a role, though they will have to change (such as being conducted on smartphones rather than PCs) and should be used to complement other forms of evidence.

The impact of artificial intelligence and automation on trademark practice was also a popular topic of discussion, both in the formal sessions and in informal discussions. A panel on May 19 discussed how AI is already being used by naming agencies and marketing departments, as well as for trademark searching and clearance. Makalika Naholowaa of Microsoft Corporation noted that AI is now being embedded in existing products (such as PowerPoint). She predicted it will help trademark practitioners “to augment your role and help you do more strategic legal work” but will not be a threat to the legal profession. For example, AI tools can look for patterns in trademark search reports or disputes and save many hours of work, while still leaving the final decision to a human.

Other sessions at the Meeting covered issues such as Blockchain, Big Data, and the potential trademark implications of shopping using voice assistants such as Alexa.