Legislative Recommendation for the SUCCESS Act: Recognize the Inventor

“No attorney will take a PTAB challenge on contingency, especially when there are no damages, on the prospect of success at the USPTO. This cost is on the inventor’s dime.”

Editor’s Note: This is the author’s follow-up to IPWatchdog’s previous coverage of the USPTO’s SUCCESS Act hearing held May 8, in order to clarify his statements. 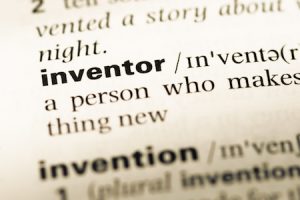 Pursuant to the 2018 SUCCESS Act, Congress directed the USPTO to submit to it a report on the results of a study that provides legislative recommendations for how to increase the number of women, minorities, and veterans who apply for and obtain patents. To help gather information as part of its study, the USPTO opened its doors for public comment on Wednesday, May 8, 2019, in one of three scheduled hearings. Five inventors spoke at this hearing. I was honored to be one of them.

Patricia Duran spoke first, providing testimony in Spanish while I read the English translation. Duran expressed appreciation for the SUCCESS Act’s intent, but quickly set the tone with this question: “What good is a patent if one cannot feasibly defend it?” She added that “women, minorities, and veterans all reside in the same category with other independent inventors, and this class—the independent inventors—is the true underrepresented class.” She was not alone. Three other inventors who provided oral testimony stated that all independent inventors are underrepresented in today’s patent system, which I found interesting, given that they all belonged to the classes at issue: women, minorities, and/or veterans.

Because Congress asked the USPTO in the SUCCESS Act for legislative recommendations on how to increase the number of patents applied for and obtained by the underrepresented, my speech was directed toward policy. Given the focus on women, minorities, and veterans, I found it fitting to quote two women who are minorities and in government: Supreme Court Justice Sotomayor and U.S. House Representative Sheila Jackson Lee.

I first turned to Justice Sotomayor and her statements in the oral argument of Return Mail, Inc. v. United States Postal Service regarding post grant review proceedings. She said:

“It does seem like the deck is stacked against a private citizen who is dragged into these proceedings. They’ve got an executive agency acting as judge with an executive director who can pick the judges, who can substitute judges, can reexamine what those judges say, and change the ruling….”

Note that Justice Sotomayor did not say it seems the deck is stacked against a woman, or a minority, or a veteran; her words were “private citizen,” full stop. And this is the one thing that makes the patent system great, resembling an ideal to which our American experiment continually strives to take hold: a patent is not based on the color of one’s skin, one’s gender, one’s race, or otherwise. A patent is based solely on the merits of the claimed invention, and nothing more.

I fully support equal opportunity in obtaining a patent, but Congress and the USPTO must realize that the Leahy–Smith America Invents Act (AIA) of 2011, whether unintentionally or not, did stack the deck against private citizens. It created two classes of patent holders: the represented (those who can afford fighting a patent, e.g. big business) and the underrepresented (those who cannot afford enforcing/defending a patent, e.g. independent inventors and their small businesses). Our current system does not provide equal outcome for inventors once they receive the patent grant. If you want to encourage the pursuit of more patents, you need a worthy incentive, and the imbalance in outcome today negates that incentive. As Duran said:

“The represented class can simply bleed the underrepresented class dry legally and financially by taking advantage of today’s current patent laws. So, although pursuing equal opportunity with women, minorities, and veterans in obtaining a patent is a valuable effort, if it does not coincide with equal outcome in one’s ability to utilize the patent once received, regardless of the person’s financial state, telling women, minorities, and veterans that they stand to benefit from a patent will simply be false doctrine.”

Congress Was Put on Notice in 2011

I then rolled back the clock to June 23, 2011, taking the audience to Capitol Hill, where the AIA was being discussed on the floor. I turned to U.S. House Representative Sheila Jackson Lee, who rose to offer an amendment and a sense of Congress during the debate, stating

“My amendment speaks … to the vast population of startups and small businesses that are impacted by this legislation. … This sense of Congress will put us on notice that we need to be careful that we allow at least the opportunity for [] investors, and that we continue to look at the bill to ensure that it responds to this opportunity. … [M]y amendment also reinforces that we do not wish to engage in any undue taking of property… Small businesses should be as comfortable with going to the Patent Office as our large businesses. … We must always be mindful of the importance of ensuring that small companies have the same opportunities to innovate and have their inventions patented and that the laws will continue to protect their valuable intellectual property. … [W]ithout strong patent protection, businesses will lack the incentive to attract customers and contribute to economic growth.”

Jackson Lee’s statement put Congress on notice to look at the bill to ensure it maintained its original intent.

In my testimony on May 8, I explained that venture capital funding has dropped from being 20.95% of total VC funding in 2004 to a mere 3.22% in 2017 in strategic sectors where patent protections are key, according to a report from the Alliance for U.S. Startups & Inventors for Jobs (USIJ). My speech being limited to 15 minutes, I did not even begin elaborating on how entrepreneurship in America is on the decline.

I declared that now is the time to look at that bill and its consequences, not to lawyers, not to big business, but to the true stakeholders: the American Inventors.

I pointed out that, interestingly, Congressman Lamar Smith, co-sponsor of the AIA, responded to Congresswoman Jackson Lee, saying this: “I want to make it clear that my interpretation of this amendment and its intent is to highlight the problem posed by entities … whose sole purpose is not to create but to sue. I am talking about patent trolls.” But just last October, Director Iancu called out the patent troll narrative as “Orwellian doublespeak”, comparing the patent troll narrative to an utter fairy tale. Others in the industry have stepped forward, saying the patent troll narrative was nothing more than a power grab by big tech. Director Iancu emphasized in his speech: “[I]n our zeal to eliminate ‘trolls’ and ‘the bad patents’… we have over-corrected and risk throwing out the baby with the bathwater. This must now end, and we must restore balance to our system.” Indeed.

So, where is the imbalance between these two groups: the underrepresented and the represented? What can you not get at the PTAB that you can get in an Article III court? Well, ignoring not having a stacked panel and the benefits of an impartial judge, a jury, full discovery, and a presumption of validity, I summarized it with one word: Representation.

Per the 2017 AIPLA Report of the Economic Survey, the estimated mean cost of a post-grant proceeding through appeal runs at $450K. This is how much it costs a patent holder for a single post grant proceeding, let alone the problems of gang tackling, parties of interest and privies, conflicts of interest with APJs, serial attacks, and the Unified Patents subscription business model. Add to that the institution and kill rate statistics on patents challenged at the PTAB and you have a bleak picture for anyone desiring to utilize their patents who ends up in that tribunal.

I emphasized that no attorney will take a PTAB challenge on contingency, especially when there are no damages, on the prospect of success at the USPTO. This cost is on the inventor’s dime. And this is just trying to reach the same state of reliance that previously existed on the day a patent was granted before the AIA went into effect. In other words, if you don’t have half a million dollars to spare for a single patent challenge at the USPTO, you will not find representation if you ever want to license your patent and someone does the math and challenges you, or if you want to protect your patent when someone else steals your invention.

Is this a fair shake? Does a patent give women, minorities, or veterans any real benefit, or all independent inventors or small businesses, for that matter? With a patent system like this, the question that arises if you were to encourage these groups to get more patents is not “What are you doing for them?”, but “What are you getting them into?”

So how do we create equal outcome so that equal opportunity even presents an incentive worth pursuing? I concluded my speech with the following legislative recommendation for the USPTO to report to Congress:

And doing this is simple: Recognize patents where the inventor(s), or a small business owned solely by the inventor(s), retain ownership of the patent. These are not the so-called ‘patent trolls’. These are the true American innovators trying to start a company in their garage. Establish and identify them – inventors who own their patents – in the statute. This is the true underrepresented class. Once they are identified in the statute, give them preference when it comes to their patents being challenged. If it is more economical and faster to go to the PTAB, then they’ll go. If not, they’ll stay in the traditional Article III court. Also, give them proper venue to enforce their rights. Modify 1400(b) to include judicial districts where inventors listed on the patents performed their research. Also, the face of the patent states that the patent holder has the right to exclude others. They should have that right when it comes to injunctions.

Once Congress does this, the playing field will be more level. Independent inventors and small businesses – and all women, minorities, and veterans who reside therein – will have a more equal outcome. And then, that baby that has been thrown out with the bath water, as Iancu mentioned, will have been safely taken out of the bathtub before the bathwater has been tossed. And the patent bargain will be worth pursuing again for that very underrepresented group you wish to promote.”