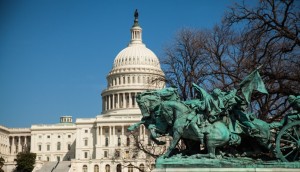 Tuesday and Wednesday are the only busy days this week for tech and innovation hearings on Capitol Hill. In the U.S. House of Representatives, subcommittee hearings on Tuesday will explore transportation innovations to address climate change and growing the talent pipeline for cybersecurity. In the U.S. Senate, the Judiciary Committee gets together on Tuesday to discuss data privacy and competition policy, while the Special Committee on Aging explores technological advances that help Americans with accessibility on Wednesday. Elsewhere in the Washington, D.C. area, The Brookings Institution looks at issues with potential biases in the use of machine learning algorithms and The Heritage Foundation dissects China’s goals for technological and international dominance.

Senate Committee on the Judiciary

Consumer data privacy has increasingly moved into the sphere of legislation with new laws in the European Union and the state of California. However, there are concerns that legislative efforts to protect data privacy could undermine the ability of tech startups to compete against big tech companies who might become more entrenched thanks to their ability to maneuver around new laws. The witness panel for this hearing will include Avi Goldfarb, Ellison Professor of Marketing, Rotman School of Management, University of Toronto; Dr. Fiona Scott Morgan, Theodore Nierenberg Professor of Economics, Yale School of Management; Brian O’Kelley, Founder and Former CEO, AppNexus Inc.; Dr. Johnny Ryan, Chief Policy and Industry Relations Officer, Brave; Jan Rybnicek, Counsel, Freshfields Bruckhaus Deringer LLP.

House Subcommittee on Investigations and Oversight

A 2015 report on a clean transportation system prepared by the Georgetown Climate Center and Cambridge Systematics indicates that such a system could reduce carbon emissions by up to 40% by the year 2030 and create up to 125,000 jobs. However, clean transportation efforts such as those found in the Green New Deal proposed by Representative Alexandria Ocasio-Cortez (D-NY) have been causing controversy due to the call for considerable government intervention. The witness panel will include Susanne DesRoches, Deputy Director for Infrastructure and Energy, New York City Mayor’s Office of Resiliency and Office of Sustainability; Gregory Winfree, Director, Texas A&M Transportation Institute; Jason Averill, Chief of the Materials and Structural Systems Division, National Institute of Standards and Technology; and Scott Reeve, President, Composite Advantage, LLC.

In early April, a partnership of 11 federal agencies and private firms including Microsoft, Workday and Mastercard announced the creation of the Cybersecurity Talent Initiative, which offers loan assistance to students who complete a two-year stint in cybersecurity at a federal agency; those students are then eligible for a full-time cybersecurity position at one of the initiative’s private partners. On May 2, President Donald Trump issued an executive order that directs various federal officials to develop policies to strengthen the cybersecurity workforce for the federal government and the entire country. The witness panel for this hearing will include Wesley Simpson, Chief Operating Officer, International Information System Security Certification Consortium; Richard Gallot, President, Grambling State University; Dr. Amelia Estwick, National Cybersecurity Institute, Excelsior College; and Candace Worley, Vice President and Chief Technical Strategist, McAfee.

Aging and Disability in the 21st Century: How Technology Can Help Maintain Health and Quality of Life

Machine learning and artificial intelligence (AI) systems have shown a great capacity to automate many decision-making processes, but they’ve raised concerns that they can potentially amplify human biases in sectors of the economy and the judicial system. Currently, critics argue that public policy on the use of algorithms in decision-making doesn’t include strong remedies for unequal treatment and a better framework is necessary. The event will begin with remarks from Cathy O’Neil, Author of Weapons of Math Destruction and Founder of O’Neil Risk Consulting and Algorithmic Auditing. Following her is a discussion on a Brookings report about algorithmic bias detection and mitigation with a panel including Genie Barton, Member, Research Advisory Board, International Association of Privacy Professionals; Nicol Turner Lee, Fellow, Governance Studies, Center for Technology Innovation; and Paul Resnick, Professor of Information, Associate Dean for Research and Faculty Affairs, School of Information, University of Michigan. The panel discussion will be moderated by Darrell West, Vice President and Director, Governance Studies, and Founding Director, Center for Technology Innovation.

What is China’s Grand Strategy?

Chinese programs like the Made in China 2025 initiative aim to give the country technological dominance in several key industrial sectors. The country is also looking to expand its international influence through its multi-trillion-dollar Belt and Road Initiative. Many U.S. officials and pundits have questioned what China’s grand designs behind these initiatives are and whether there should be any response from the United States. This event is hosted by Arthur Milikh, Associate Director and Research Fellow, The Heritage Foundation, and it features a lecture from David Goldman, Columnist at Asia Times and Principal of Asia Times Holdings LLC.