The Federal Circuit held that where an asserted prior art reference incentivizes a certain objective but does not instruct as to how the objective should be obtained, it does not provide a motivation to combine in an obviousness analysis. 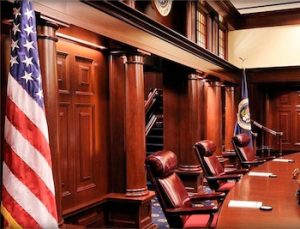 The Federal Circuit recently affirmed a district court ruling finding patent infringement after holding that Actavis LLC, Actavis South Atlantic LLC, and Teva Pharmaceuticals USA, Inc. (collectively, “Actavis”) failed to prove by clear and convincing evidence that the claims asserted by Endo Pharmaceuticals and Mallinckrodt LLC (collectively, “Endo”) were invalid. See Endo Pharms., Inc. v. Actavis LLC, No. 2018-1054, 2019 U.S. App. LEXIS 13348 (Fed. Cir. May 3, 2019) (Before Wallach, Clevenger, and Stoll J.) (Opinion for the Court, Wallach, J.) (Dissenting opinion, Stoll, J.). However, the decision was not a unanimous one, with Judge Stoll authoring a dissent that would have reversed the district court.

The patent at issue, U.S. Patent No 8,871,779 (the “‘779 patent”), is directed generally to compounds known as “morphinan alkaloids,” which are used for pain relief. More specifically, the ‘779 patent concerned processes for making “highly pure” morphinan products in the form of hydrochloride salts. Actavis claimed that the ‘779 patent was invalid, citing three key references as prior art. The first reference was a scientific article from 1957 by Ulrich Weiss (the “Weiss reference”) discussing a method for producing oxymorphone, a compound within the scope of the asserted claims. The second reference was U.S. Patent Application No. 2005/0222188 (the “Chapman reference”), which disclosed a purification process related to the asserted claims. Finally, the third reference was another article from 1967 by Henry Rapoport et al. (the “Rapoport reference”), which disclosed another purification process for oxycodone. The district court found that none of these references rendered the asserted claims obvious, and Actavis appealed.

The Federal Circuit then turned to the district court’s obviousness determination, wherein the Court affirmed that Actavis had not proven the ‘779 patent was invalid as obvious by clear and convincing evidence. The district court found that a person of ordinary skill in the art would not have understood that it was feasible to combine the Weiss reference’s process and the Chapman reference’s process to yield the claimed compounds and purification levels. Specifically, the district court found that there would not be a reasonable expectation of success when combining the teachings of Chapman with the reaction taught in Weiss because Weiss disclosed a material difficulty that Chapman did not provide a viable solution for. The district court also found that the process of Rapaport would not ever be believed by a person of ordinary skill to yield some of the purity levels described in the ‘779 patent. The Federal Circuit found that the district court did not err in reaching these conclusions.

The Court also referenced the district court’s analysis of a relevant Food and Drug Administration (FDA) communication discussing the problems with impurities in oxymorphone and setting new approval guidelines for impurity levels. The district court found that this FDA reference introduced a mandated market force incentivizing purification, but it did not teach how the purification should be obtained and therefore could not serve as a motivation to combine in an obviousness analysis. Rather, the district court found that the FDA communication revealed that “the FDA recognized the challenge the mandate posted for companies,” and would not have been enough to overcome the disclosures of the Weiss, Chapman, and Rapaport references, which a person of ordinary skill in the art would not reasonably believe could lead to the targeted purity levels in the claimed compounds. Finally, the Court cited to the extensive experimentation undertaken by the inventors of the ‘779 patent to ultimately produce the compounds referenced in the asserted claims.

Actavis argued, and the majority dismissed, that the district court had imposed a heightened standard in its application of the reasonable expectation of success test. Judge Stoll, however, agreed with Actavis on this point in her dissent. Judge Stoll argued that the FDA regulatory requirement in and of itself disclosed every limitation of claim 1, even though the district court found that it did not disclose anything substantively relevant to obviousness.

In conclusion, Judge Stoll noted that:

This is not a typical Hatch-Waxman case where the patentee provided the public with a new drug, formulation, or manufacturing process. While Mallinckrodt’s patent specification is directed to a specific process for achieving the FDA’s objective, Mallinckrodt did not claim that process. Mallinckrodt instead claimed the FDA mandate. The FDA sought to make oxymorphone safer for the public and Mallinckrodt took advantage by claiming the directive itself, securing exclusive rights to a drug first approved in 1959. This is not the type of innovation that the patent system and the obviousness standard were designed to protect.