“The PTAB found that evidence of industry skepticism, including the skepticism of the FDA during Eli Lilly’s clinical trials, supported a conclusion of non-obviousness.” 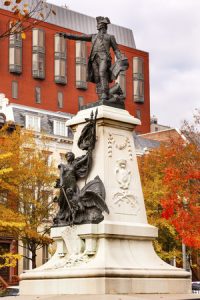 Neptune Generics, LLC, Fresenius Kabi USA, LLC, and Mylan Laboratories Ltd. (collectively, the Petitioners) filed three petitions for inter partes review (IPR) against claims 1-22 of U.S. Patent No. 7,772,209 (the ?209 patent) owned by Eli Lilly & Co. The ?209 patent generally relates to methods of administering folic acid and a methylmalonic acid (MMA) lowering agent, such as vitamin B12, before administering pemetrexed disodium, a chemotherapy agent, to reduce the toxic effects of pemetrexed. The PTAB found that the ?209 patent was not unpatentable as obvious because it was not known in the art to pretreat pemetrexed with vitamin B12 along with folic acid and the skepticism of others, specifically the FDA, supported a conclusion of non-obviousness. The Federal Circuit found that substantial evidence supported the PTAB’s findings and affirmed.

Eli Lilly’s Statements to the FDA

Petitioners also argued that the Board erred in failing to consider Eli Lilly’s statements to the FDA regarding pretreatment with folic acid and vitamin B12 and by failing to preclude Eli Lilly from taking contrary positions during the IPRs. During clinical trials for Eli Lilly’s chemotherapy agent, Eli Lilly “inform[ed] the FDA that the prior art suggested that pretreating with folic acid and B12 was a no-risk, predictable way to lower pemetrexed-induced fatalities by lowering pretreatment homocysteine levels.” Petitioners argued that these statements were indicative of the state of the art and the background knowledge of a skilled artisan at the time the ?209 patent was filed. The Federal Circuit deferred to the Board’s factual determination and declined to find error, noting that “[w]hile, a patent owner’s own disclosures to the FDA may be considered in assessing the state of the prior art, . . . a fact finder must not allow its analysis to be distorted by hindsight bias.” Because the Board’s decision not to consider Eli Lilly’s statements was not error, the Federal Circuit affirmed.

The Board also found that evidence of industry skepticism, including the skepticism of the FDA during Eli Lilly’s clinical trials, supported a conclusion of non-obviousness. In response to a number of fatalities during clinical trials, Eli Lilly suggested supplementing administration of pemetrexed with folic acid and vitamin B12. The FDA was skeptical, noting that the evidence cited by Eli Lilly “does not appear to support the addition of vitamins.” The Federal Circuit rejected Petitioners’ arguments that to support non-obviousness, the evidence must suggest that a proposed solution is “technically infeasible,” “unworkable,” or “impossible.” The Federal Circuit noted that “[t]his position is not consistent with our caselaw, which recognizes a range of third-party opinion that can constitute skepticism.” Even though “evidence that third parties thought the invention was impossible might be entitled to more weight,” the FDA’s skepticism in this case “fall[s] within that range.” As a result, the Board did not err in finding that the FDA’s skepticism regarding the efficacy of adding vitamin B12 supported a finding of non-obviousness.

Further, the Federal Circuit rejected Petitioners’ argument that the ?209 patent was directed to patent ineligible subject matter, noting that the subject matter that can be asserted in an IPR petition is limited to invalidity based on 35 U.S.C. §§ 102 and 103. Because patent ineligibility under 35 U.S.C. § 101 is not a ground that can be raised in an IPR, the Federal Circuit declined to consider whether the ?209 patent was invalid on that ground.

Finally, the Federal Circuit affirmed the Board’s non-obviousness determination as to the ?209 patent’s dependent claims, even though the Board did not directly address their patentability in its decision.

The ruling demonstrates that a patent owner’s statements to administrative bodies such as the FDA can be considered in determining the state of the prior art, though it does raise the risk that the court or Board’s analysis will be infected with hindsight bias.  Evidence that others were worried, skeptical, or surprised about an invention can support a non-obviousness determination, though “evidence that third parties thought the invention was impossible might be entitled to more weight.”