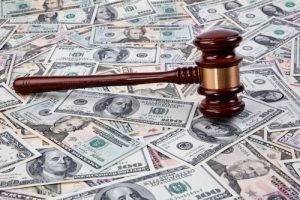 On May 1, Representatives Hakeem Jeffries (D-NY) and Doug Collins (R-GA) officially reintroduced H.R. 2426, the Copyright Alternative in Small-Claims Enforcement (CASE) Act, into the U.S House of Representatives. The bill was originally introduced in 2017 during the 115th Congress but expired after committee review. Along with the House bill, S. 1273, the U.S. Senate version of the bill, has been introduced by another bipartisan group including Senators John Kennedy (R-LA), Thom Tillis (R-NC), Dick Durbin (D-IL) and Mazie Hirono (D-HI).

The proposed legislation seeks to establish an alternative forum for resolving disputes involving small claims of copyright infringement. If passed, the CASE Act would create the Copyright Claims Board, which is served by three full-time officers and two full-time attorneys who are appointed by the Register of Copyrights. The Board would be able to render determinations on copyright infringement, declarations of non-infringement or claims for misrepresentation in association with claimed infringement, and would also be able to award damages up to $30,000 to aggrieved parties. The bulk of the bill’s language deals mainly with how the Board will operate as an alternative forum to U.S. district court, with final determinations ultimately reviewable by district court.

The CASE Act, which enjoys a great deal of support from industry groups, is certainly a noble gesture favorable to copyright owners who cannot afford to bring a claim for infringement to district court. However, some individuals who have familiarized themselves with the language of the CASE Act point out that provisions of the bill could undermine much of the good intentions it’s meant to serve by giving alleged copyright infringers an opportunity to avoid any sort of proceeding at the Copyright Claims Board altogether.

“I think that this act is great in theory,” said John E. Patterson, Attorney at Baker Sterchi Cowden & Rice. He noted that copyright cases in district court are expensive proceedings and many copyright owners don’t have the resources to foot that bill. “My entire issue with the CASE Act comes down to the opt-out provision.” This provision is outlined in Section 1506(i) of the bill, found on page 36. It gives an alleged infringer a 60-day time period after being served with notice of an action at the Copyright Claims Board during which they can provide notice to the Board that they’ve chosen to opt out of the proceeding. If the respondent opts out during that 60-day period, the action is dismissed without prejudice. In exceptional circumstances, the Board may choose to extend that 60-day period to provide notice of opting out.

“The average copyright holder who chooses the Copyright Claims Board as a forum is going there because they can’t afford to file a federal case,” Patterson said. If an alleged infringer decides to opt out of a Board proceeding, that copyright holder’s only alternative becomes U.S. district court—the very venue they were trying to avoid in the first place. “Sophisticated infringers are going to realize that and are going to automatically opt out of all these cases. What’s left over will be unrepresented people suing other unrepresented people, and that could be a mess.”

While he acknowledged that he didn’t have a perfect perspective on the bill’s drafting process, Patterson surmised that a couple of factors could have led to the inclusion of the opt-out provision in the CASE Act. Those could include political factors meant to engender wider support of the bill or constitutional issues that could have arisen if potential defendants had their right to a trial in U.S. district court taken away from them. Still, Patterson said that the bill would be a lot more useful to the everyday content creator without that provision in the law. “

“There Is Absolutely a Need” For Copyright Small Claims System

“There is absolutely a need for a low-cost alternative to expensive federal court litigation,” said Scott Alan Burroughs, Partner at Doniger / Burroughs. Recent years have seen a vast increase in copyright infringement, especially in online channels, but the financial results a copyright owner can hope to see through a verdict or a settlement are often less than the cost of litigation. Burroughs cited a recent case of his in the Central District of California that reached a verdict and involved attorney’s fees of just more than $500,000, which Burroughs said was pretty typical of the costs incurred in district court copyright cases reaching the verdict phase.

The situation facing copyright owners who may want to fight infringement without great financial resources has also been exacerbated by the decision earlier this year by the U.S. Supreme Court in Rimini Street v. Oracle USA, a case which limited the scope of recoverable costs in copyright cases. Taken in the context of the Copyright Claims Board’s statutory cap on damages at $30,000, parties taking an action to the Board could wind up incurring attorney’s fees or expert witness fees, which aren’t recoverable under Rimini Street, and their expenses could outweigh the $30,000 maximum award. Burroughs believed that if the cap on damages were within the $50,000 to $100,000 range, that would make it more worthwhile for copyright owners to file litigation in a small claims context.

The Copyright Claims Board could be very beneficial for cases that are between independent artists, Burroughs said, but he added that most copyright infringement cases involve an independent artist against a much larger corporation or studio. Without the opt-out provision, Burroughs said that the CASE Act would be a much stronger bill for copyright owners. “If a respondent simply removes a case from small claims to general civil court, the independent artist will not only be right back where they were, but actually in a worse position because they’ve already spent some of their litigation funds,” he said. He added that it would be helpful if the CASE Act included some provisions that would penalize a defendant for removing a case to district court or consider an opt-out as a factor to consider in a Kirtsaeng-style fee shifting test for awarding attorney’s fees. “The system is entirely voluntary and there doesn’t appear to be any disincentive for a company to game the system and increase the costs on a copyright owner,” Burroughs said.

Defendants May Prefer Less Expensive and Complex Copyright Claims Board

Despite these issues with the bill, the legislative proposal still enjoys a lot of support from rights holder industry groups. The Copyright Alliance supports the CASE Act as a measure that levels the field for copyright owners and provides a chance for remedying infringement that many copyright owners have no ability to litigate currently. “Right now, creators struggle to enforce their rights,” said Terrica Carrington, Copyright Counsel at The Copyright Alliance. She cited a recent study by the American Intellectual Property Law Association (AIPLA), which pegged the cost of litigating a copyright case from pre-trial through the appeals process at $278,000.

While Carrington acknowledged that there would be defendants who avail themselves of the opt-out provision, she said that any chance that a creator had to get a day in court would be beneficial over the status quo. “It makes every infringer think twice before moving forward,” she said. “Now they’ll have to respond, even if that response is to opt-out, rather than ignore cease-and-desist letters from creators.” Further, the small claims court would be a lot less expensive and more convenient for defendants as well as plaintiffs so, while the process is voluntary, there could be some defendants who choose to litigate in the small claims court rather than take the risk of facing a potential lawsuit in U.S. district court.

Perhaps unsurprisingly, the Electronic Frontier Foundation (EFF) has established a letter campaign site to send public comments opposing passage of the CASE Act to Representatives. The EFF letter says that the bill “would re-ignite the  nationwide  problem  of  copyright  trolling,  just  as  the  federal  courts  are  beginning  to address this abusive practice.”

Carrington said that, in her opinion, multiple aspects of the bill’s language push back against fears that “copyright trolls” will abuse the system. Along with the opt-out provision, the bill includes several other safeguards, such as authority for the Copyright Claims Board to dismiss frivolous claims, award monetary penalties for cases that aren’t filed in good faith, and even ban users from the system for a year. Such a ban would cause all active cases brought by a banned plaintiff to be dismissed, adding to the monetary disincentive against abusing the system.

It’s Difficult to Come to a Perfect Solution

The U.S. Chamber of Commerce is another industry group that has officially come out to support the reintroduction of the CASE Act. “We support the CASE Act because it provides an additional remedy for rights holders who may not be able to easily afford expensive federal litigation,” said Frank Cullen, Vice President of U.S. IP Policy at the U.S. Chamber’s Global Innovation Policy Center (GIPC). He said that the U.S. Chamber received a lot of feedback from small businesses and copyright owners who supported the bill, as it would provide an option for enforcement that isn’t currently available.

“Obviously it’s always difficult to come to a perfect solution to situations like these,” Cullen said, adding that the opt out provision would certainly be used by some respondents. However, along with the support for a small claims system from both small business and the U.S. Copyright Office, the U.S. Chamber of Commerce was also encouraged by some of the same aspects cited by the Copyright Alliance, also noting that many defendants may choose to participate in the voluntary process because of the lower expense and the cap on damages. Further, Cullen also acknowledged constitutional issues that could arise with the bill if defendants weren’t given the opportunity to opt out and seek their day in federal court instead.

“It’s important to note that not only does the Copyright Office feel that this approach makes sense, but this bill also has strong bipartisan and bicameral support,” Cullen said. “At the end of the day, it provides another remedy currently unavailable to rights holders, which they have asked for. The U.S. Chamber believes that it is constitutional, and from both the Copyright Office and industry’s perspectives, it’s a potentially attractive option.”