Independent Inventors to USPTO: We Are All Underrepresented in This Patent System 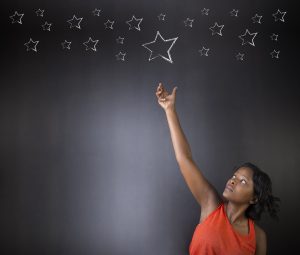 On Wednesday, the USPTO held the first of three scheduled hearings prompted by the Study of Underrepresented Classes Chasing Engineering and Science (SUCCESS) Act, which requires the USPTO Director to provide Congress with a report on publicly available patent data on women, minorities, and veterans, and to provide recommendations on how to promote their participation in the patent system. The hearing featured emotional testimony from five inventors, one of whom has recently joined Debtors Anonymous as a result of her patent being invalidated in the Southern District of New York.

The SUCCESS Act was signed into law by President Trump on October 31, 2018 and gave the USPTO a one-year period to study representation of women, minorities, and veterans groups in patents. The Office released a report in February which showed that the number of women named as inventors had not been increasing at the same rate as the number of women who were now in STEM professions.

Deputy USPTO Director Laura Peter said at the hearing on Wednesday that the Office is seeking input from industry, lawyers, and academics at the public forums, the next two of which are scheduled in Detroit on May 16 and San Jose on June 3. “We’re looking for concrete ideas and action plans to increase the numbers of these groups applying,” Peter said, before explaining that she would be unable to stay for the remainder of the hearing.

Neither Peter nor Iancu was present for the public testimony, which one speaker remarked on critically. Artist and entrepreneur Darcy Bisker, who spoke twice during the hearing, commented on the lack of attorneys and top USPTO officials at the event. “Why are there no attorneys or other members of the public here? Why are the Deputy Director and Director not participating?” she asked. “They should be here.”

Bisker is the owner of  patent no. 5,863,632, which was issued in 1999. After establishing a successful business and selling it, she and her business partner became embroiled in patent litigation, which led to cases against News Corp., 3M, and others in the Eastern District of Texas and the Federal Circuit. “My patent was not respected by commercial businesses and large corporations, so I have to ask—is the USPTO issuing valid patents? And if so, why are they not being upheld in the judiciary?”

She added that the focus of the hearing was misguided in that the true underrepresented class is independent inventors generally. “There needs to be reform. We don’t need to continue to focus on what we already know—yes, women are disadvantaged, but if I only have four fingers, how will I use them? I probably will not take the money I earn and put it in the public and have it usurped and taken away.” Bisker said that she expected to see more people developing inventions in secret in response to the unsustainable situation for inventors. She also said that she will abandon her recent company, Invent Yourself, which is aimed at teaching children ages 15 to 25 about the importance of IP, because “I don’t think I should help lead the sheep to slaughter.”

Getting back to the USPTO’s intended focus for the hearing, Leslie Flynn, Professor at the University of Iowa, provided some statistics on women and minorities in STEM fields. Flynn is conducting a longitudinal study on high school students engaged in her department’s STEM Innovator initiative in order to provide a fuller picture of the capacity for minority groups to excel in STEM fields when provided with the appropriate tools. The full results of the study will be published in November, but preliminary research suggested that young adults need to engage in the innovation process at the K-12 level, Flynn said. “A shift is needed, and this should be advanced through legislation and a serious call to action for public-private-partnerships,” she added.

But Flynn was the only speaker who directly addressed the dearth of minority patent owners. The majority of speakers seemed most concerned about the damage being done to independent inventors of all persuasions as a result of developments such as the America Invents Act and judicially-created patent law.

Perhaps the most heart-wrenching testimony of the day came from Paula Murgia, an independent inventor with Personal Beasties Group, LLC who broke down in tears multiple times while recounting her story. She began: “Hi, my name is Paula and I’m a debtor. I recently joined Debtors Anonymous, which I didn’t even know existed until I tried to pick my life back up after October, when my patent was invalidated in the Southern District of New York.”

Murgia’s patent no. 6,769,915, issued in 2003, was invalidated under Section 101 and she is now appealing. The patent covers “a user-interactive behavior modification system” that is in competition with technology pursued by the likes of Nike, FitBit, Apple, and Samsung. Murgia explained, sobbing at times uncontrollably:

“In 2004, big tech was well on its way to demonizing inventors and patent holders—accusing us of impeding innovation, when in reality we were just in the way of them steamrolling their own way towards monopoly status. They labeled all software patent owners as patent trolls. I was shunned, scolded and lectured whenever I mentioned being a patented inventor in the digital technology industry. I would pitch and people would laugh at me. By 2005, Nintendo had launched WeFit. Like many software patents post-2014, my first attempt to enforce my rights was defeated this past October. We filed our appeal last week. So, we’ll be coming back to Washington in a few weeks and I’m still holding on to some sort of hope. I’m still happy to testify here today to provide information and to encourage more minorities and women to invent here rather than in China, which seems to be the current trend.”

Representing veterans was Brian Aumiller, who served approximately 11 years in the National Guard before becoming an independent inventor—but one who is too afraid to practice his patent. “I went out and got a lawyer and got my patent issued within seven months. I was excited because I had something that was mine, this is what I fought for in the military.” Aumiller, who also became emotional at times, explained that he had yet to discuss his patent publicly prior to the hearing, due to his fear of litigation. “I learned right away that the patent was only valuable if you can defend it. Getting the patent is the easy part; protecting it is the hard part.”

Aumiller added that he does not have the $450,000 an earlier speaker had cited as the average cost of a PTAB proceeding.

Josh Malone, Inventor of Bunch O’ Balloons, said that his “heart aches for Darcy and Paula.”

“These women inventors believed the promise on their patents and it wrecked their lives. These savvy, educated, industrious individuals did everything right and learned our patent system is rigged for big corporations. I hope these findings by the USPTO will convince Congress to take the patent system out of the hands of the lawyers and corporations and give it back to independent inventors.”

The USPTO is accepting comments from the public on this topic at [email protected] through June 30.

Note: an earlier version of this article included quotes from Jeff Hardin and Patricia Duran that Hardin and Duran felt were  inaccurate. They have been removed in their entirety as we were unable to immediately clarify.