“I asked to participate in the 101 Roundtable and was denied access based of the fact that I am ‘media.’ Yet, the tech giants that are rejecting reform are allowed to participate and still engage in a carefully coordinated public relations campaign.” 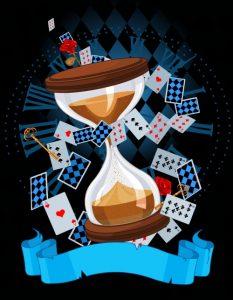 On June 19, it will be five years since the United States Supreme Court issued a decision in Alice Corp. v. CLS Bank, 134 S.Ct. 2347 (2014), which significantly changed the way courts and patent examiners evaluated patent eligibility of computer implemented innovation in the United States. While the Supreme Court ostensibly extended the patent eligibility analysis applied in the life sciences context that had previously been adopted in Mayo Collaborative v. Prometheus Labs., 132 S.Ct. 1289 (2012), even a cursory review of allowance rates from the USPTO and invalidity rates in federal courts shows that Alice changed the prevailing analysis in profound ways. We will be commemorating this anniversary on June 24-25 in Washington, DC with a dedicated event examining the damage, discussing real solutions, and offering strategies for innovators who need protection in these uncertain times (see below for more detail).

Almost immediately after Alice, patent examiners started to issue new subject-matter eligibility rejections for computer implemented innovations using the abstract idea exception to the statutory categories of patent eligibility. “The ubiquity of subject-matter eligibility rejections in office actions exploded, leading many to wonder whether software implemented inventions remained patentable at all,” explained Kate Gaudry and Samuel Hayim, who have done a series of articles on IPWatchdog detailing their statistical analysis. “This effect was largely centered in business method art units of [USPTO technology center] (TC) 3600. For example, the number of allowances issued from business-method art units dropped from 24% in the months before Alice was decided to about 3% in months after.”

For months there has been growing hope that a legislative fix spearheaded by a few dedicated Members of Congress would provide a solution. But in recent weeks, that hope is waning as the uncomfortable reality that big tech is dominating the discussions has started to set in.

A Reason to Cry

While many will not cry a river over innovations that have been routed to the business method art units suffering the indignation of insurmountable Alice rejections, in the aftermath of Electric Power Group, LLC v. Alstom, S.A., 830 F.3d 1350 (Fed. Cir. 2016), the USPTO started issuing patent eligibility rejections in the Artificial Intelligence (AI) art units. And not just issuing rejections, but rejections on a frequency and difficulty level commensurate with the level of Section101 rejections found in the business method art units. All because the Federal Circuit explained in Electric Power Group that concepts of collecting and analyzing information fall within the “realm of abstract ideas” because information is intangible. Id. At 1353-54.

Someone really needs to explain to the Federal Circuit that the very benefit of innovation we classify as AI is in the fact that it is abstract. So, finding an AI related innovation patent ineligible because it is abstract is utterly asinine. Of course it’s abstract! That is the entire point of the invention! Artificial Intelligence is by definition creating or exhibiting the appearance of human cognition. AI innovations are not A + B = C. The benefit of the innovation lies in the abstraction.

The trials and tribulations of innovators in the AI space is particularly significant because the Federal Circuit relied on Alice in Electric Power Group to invalidate the claims at issue. This means the Supreme Court is responsible for the exportation of AI research and development and angel and venture funding to China and Europe.

As unfortunate, and self-inflicted, as this episode has been for innovators in the artificial intelligence space, one of the more remarkably strange scenarios present in the financial sector since Alice, payment gateways—no matter the uniqueness or functionality—are no longer patent eligible in America. They are, however, patent eligible overseas. As unfortunate as that may seem, the real oddity is that, while the functioning of a payment gateway cannot achieve a utility patent in the United States, it can obtain design patent protection for the look and feel. Refusing to protect the intricate technical implementations of payment gateways, but at the same time protecting their aesthetic because they look cool or interesting, seems exactly backwards. The United States is willing to protect the way something looks rather than the significant engineering achievements behind a useful, new and non-obvious financial interface? Backwards and bizarre it does seem, but then again, on the life sciences side of the aisle, one of the most revolutionary medical discoveries of recent vintage—an invention that reduced the risk of mother and unborn child to absolute zero by obviating the need for amniocentesis—was found patent ineligible, while a method for freezing liver cells was declared patent eligible.

In many regards, with respect to patent eligibility, since Alice, the U.S. has been like a crab that can’t travel any way but sideways or backwards.

The Chances for Change

As the fifth anniversary of the Alice decision approaches, great uncertainty remains with respect to what is patent eligible in America. While the USPTO, under the leadership of Director Andrei Iancu, has released new guidance in 2018 (relating to Berkheimer and Step 2B of the Alice/Mayo framework) and revised guidance in 2019 (relating to Step 2A of the Alice/Mayo framework), significant questions exist with respect to whether the Federal Circuit will agree with Director Iancu’s interpretation of Section101 in light of Supreme Court precedent. And while patent eligibility rejections have lowered, for example with respect to technologies such as AI-related innovation, if the Federal Circuit does not support this new approach that strictly interprets Supreme Court precedent, more chaos will ensue.

Meanwhile, the Supreme Court is considering petitions for certiorari in Berkheimer and other Section 101 cases where the Federal Circuit has issued patent-friendly rulings. Will the Supreme Court take this opportunity to pull back from the brink? They have asked the Solicitor General for the opinion of the Trump Administration on whether to take these cases. The Commerce Department—both Director Iancu and Commerce Secretary Wilbur Ross—is in favor of a strong patent system, as is Makan Delrahim, Assistant Attorney General in charge of the Antitrust Division. But what will the Solicitor General think? Will the White House get involved, as was common during the Obama years?

And all of this is occurring at a time when bipartisan leaders of the relevant Senate and House IP Committees are vigorously discussing a legislative fix to Section101 that would find medical diagnostics per se patent eligible and do away with judicial exceptions to patent eligibility. A bill proposing a legislative fix is expected to be introduced this summer, with draft language imminent. See Change Could be Coming. But what will that bill look like? There is growing concern.

In recent days, I’ve learned from multiple independent sources that the tech sector giants who do not want to see any change to patent eligibility are dominating the 101 Roundtable convened by Senator Chris Coons (D-DE), Senator Thom Tillis (R-NC), Congressman Doug Collins (R-GA), Congressman Hank Johnson (D-GA) and Congressman Steve Stivers (R-OH). These tech giants are willing to agree that life science innovations should be patent eligible, but not software.

Who Was Denied and Who Is Dominating the 101 Conversation?

Apparently, there is a lack of participation from those opposing the tech giants, which I find completely believable. I asked to participate in the 101 Roundtable and was denied access based of the fact that I am “media.” This, despite the fact that I am regularly invited to off-the-record events and have never reported on anything unless I have explicit consent to go on the record or use information on background. Yet, the tech giants that are rejecting reform are allowed to participate and still engage in a carefully coordinated public relations campaign, both privately and publicly. If there is any area in which I have substantive expertise, it is the area of patent eligibility, specifically relating to computer implemented innovations. So, it is not at all shocking to me that the 101 Roundtable is being dominated by the tech industry behind the scenes, or that there is growing fear among some 101 Roundtable participants that any legislative fix will be so watered down that it may actually be harmful.

Against this backdrop, and at a pivotal moment when legislation to address patent eligibility is being taken up by Congress, please join IPWatchdog on June 24-25 in Washington, DC for Alice Five Years Later. This live program will provide a forum for thought leaders and interested industry professionals to gather for wide-ranging discussions on Alice and how to protect computer related innovation in America.

Day 1 of this Symposium will focus on Alice, Supreme Court precedent on Section101 and whether it is truly irreconcilable, Federal Circuit attempts to interpret and apply Supreme Court precedent, how the USPTO is interpreting Alice, and what Alice has meant to patent valuation and licensing. Day 2 will focus on the future, with discussions on legislative efforts to fix Section 101, as well as how to protect computer implemented innovation generally, with specific discussion of technology fields such as AI and security.