“The PMC lawsuit against Google is the result of ten years of negotiations that did not produce any licensing arrangement.” 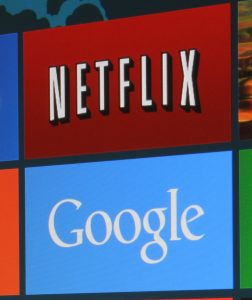 On March 21, Personalized Media Communications, LLC (PMC), owner of 98 patents covering networked equipment technologies, filed patent lawsuits in the Eastern District of Texas against major tech firms Netflix, Google, and Akamai. The lawsuits claim that the defendants infringed upon intellectual property that covers a major part of the adaptive streaming capabilities for each of the three businesses.

In the lawsuits, PMC is asserting claims from six patents it has earned between 2010 and 2017, each titled Signal Processing Apparatus and Methods:

U.S. Patent No. 7747217, issued June 2010, describes a method of outputting a multimedia presentation at a receiver station adapted to receive a plurality of signals. Google’s YouTube video player and Netflix’s streaming service both receive TCP/IP 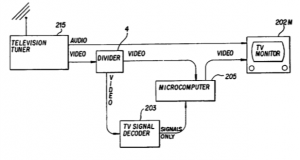 packets that include audio/video signals.

U.S. Patent No. 7769344, issued August 2010. All three of the companies are accused of infringing upon claims 1 and 2 of the ‘344 patent that disclose a method which enables a user to request a list of programming over a network connection and choose video media. 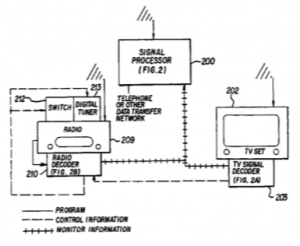 U.S. Patent No. 7865920, issued January 2011. The ‘920 patent is directed to remotely controlled systems within a media distribution network where selective communication devices, or “switches,” control the video programming available from intermediate transmission stations such as cable television stations.

U.S. Patent No. 8601528, issued December 2013, claims a method for a receiver station to skip over video frames if they are incomplete. This prevents the monitor from displaying incomplete image data while controlling the display of programming at a receiving station. 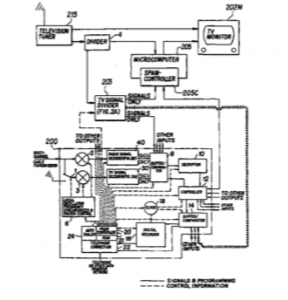 U.S. Patent No. 8739241, issued May 2014. It claims a method of controlling a remote intermediate transmitter station to communicate an instruct signal to a receiver station for an integrated system of transmitting electronic programming.

None of the defendant companies issued any comment on the lawsuit. In response to questions by IPWatchdog.com, Thomas J. Scott, senior vice president and general counsel of PMC, wrote that the company has been in litigation with “large, well-funded infringers” including Cisco Systems, DirectTV, EchoStar and Samsung.

“Seeking to license such firms is not a new experience for the company,” Scott wrote. “In seeking to license any entity, large or small, PMC always thoroughly investigates the scope and nature of the other party’s infringement, enters or attempts to enter into licensing discussions with the infringer, but is always willing to stay the course until a license is taken.”

The technologies described in each of these patents are based on inventions developed between 1981 and 1987 by John C. Harvey and James W. Cuddihy. Harvey, a former naval officer, “recognized that computer network technology could be used to automate media delivery and control the receipt of specific programming by the use of embedded control signals,” said Bruce Berman, a representative of PMC. He added that programming could be stored at stations for “delivery to individual or a group of recipients and that content could be ‘personalized’ for those recipients.” Harvey then worked with Cuddihy, an electrical engineer, to prepare the patent applications for such ideas.

Harvey approached many media and technology firms to help in commercializing his inventions, said Berman, but he failed to find any potential partner. In 1987, Harvey and Cuddihy filed a continuation-in-part (CIP) patent, which also disclosed new inventions built on the 1981 techniques. Attempts again were made to find a partner for this technology and, according to the PMC v. Google petition, some firms, such as Starsight and Gemstar (now part of TiVo), did become licensees to PMC. PMC now licenses notable companies such as Sony, Fox, DirectTV and Samsung. The lawsuit against Google is the result of ten years of negotiations that did not produce any licensing arrangement.

PMC: The Tech is Well-Vetted

Berman also said that a number of PMC patents underwent re-examination for 15 years and indicated that these patents were “well-vetted.” In 1994, the Agreement on Trade Related Aspects of Intellectual Property Rights (TRIPS) was enacted in the U.S., resulting in any patent issued on an application filed after June 8, 1995 being given a 20-year term from the filing of the application, replacing the 17-year term pre-TRIPS, which began after the patent was issued. Many of the patents referred to in the three lawsuits were filed a mere day from the cut-off line before being held for re-examination. In 2009, PMC won two appeals from the Board of Appeals and Interferences and, on that basis, the USPTO examiners moved forward and issued PMC’s previously pending patents with priority dates for some of the patents extending as far back as 1981.

Scott gave three examples of infringement of PMC’s patent claims: a user’s ability to request programming and the network’s ability to determine whether that user is entitled to that programming; the use of signals along a network to create the presentation onto a device such as a smartphone, tablet or laptop; and the automated delivery of software updates that change the techniques along the network.

If the lawsuits are settled out of court or the Eastern District of Texas court decides in favor of PMC, the end result is that PMC will add Google, Netflix and Akamai to their list of licensees as planned. Scott wrote that “licensing has been a major source of PMC’s revenue.” If they are not successful in their suits, he indicated it wouldn’t be the end. “PMC has a history of prevailing,” Scott said. “We intend to enforce our patents to the full extent of the law as long as they are enforceable.”

An earlier version of this article attributed certain quotes to Bruce Berman in error.