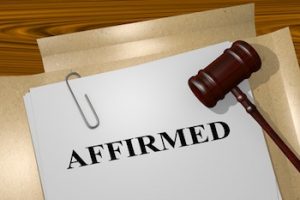 The claims at issue were claims 1–15 of the ’056 patent, claims 1–35 of the ’999 patent, and claims 1–36 of the ’374 patent. To be eligible for CBM review, a patent must claim “a method or corresponding apparatus for performing data processing or other operations used in the practice, administration, or management of a financial product or service, except that the term does not include patents for technological inventions” (emphasis added by CAFC).

In previous Federal Circuit cases, Trading Technologies (TT) patents had been determined not eligible for CBM review as they were technological inventions or were found patent eligible. The court rejected the argument that this weighed in favor of finding similarly in the present case. “We are not bound by non-precedential decisions at all, much less ones to different patents, different specifications, or different claims,” wrote the Court.

Neither the PTAB nor the Federal Circuit agreed. Moore wrote:

“We agree with the Board that the patents relate to the practice of a financial product, not a technological invention. The specification states that a successful trader anticipates the market to gain an advantage, ’999 patent at 1:20–26, but doing so is difficult because it requires assembling data from various sources and processing that data effectively, id. at 1:51–54. The invention solves this problem by displaying trading information “in an easy to see and interpret graphical format.” Id. at 2:3–6. The specification makes clear that the invention simply displays information that allows a trader to process information more quickly.”

Once found eligible for CBM review, Moore turned to the question of patent eligibility, which the Court reviewed de novo. Applying Alice v. CLS Bank to the representative claims of each patent, the Court found each abstract under Alice step one and lacking inventive concept under step two.

With respect to the ‘999 patent’s representative claim 1, the Court agreed with the PTAB that a “computer based method for facilitating the placement of an order for an item and for displaying transactional information to a user regarding the buying and selling of items” was abstract, and that “receiving market information is simply routine data gathering, and displaying information as indicators along a scaled price axis is well-understood, routine, conventional activity that does not add something significantly more to the abstract idea.”

With respect to the ‘056 patent’s representative claims 1–4 and 8–15, the Court agreed with the PTAB that “graphing (or displaying) bids and offers to assist a trader to make an order” was abstract under Alice step one and that “the specification makes clear that this invention helps the trader process information more quickly,” thus proving it “is not an improvement to computer functionality” under Alice step two; and that dependent claims 5-7 “simply display[ed] all the bids and offers in the aggregate, including the user’s bids and offers,” which was “not enough”.

With respect to the ‘374 patent, representative claim 1, which TT argued “recites a specific, structured GUI that solves the price-flipping problem of prior art interfaces” that “inherently improves the functioning of a computer” the Court agreed with the PTAB that the claim was “directed to the abstract idea of receiving a user input to send a trade order.” At step two, the Court noted the PTAB’s reasoning that the specification discloses that the invention can be implemented “on any existing or future terminal or device” and that the Board described the programming as insignificant, and agreed it failed to meet step two.

Separately, TT argued that CBM decisions are unconstitutional and should all be vacated. Moore noted that this argument was set out in “a total of four sentences in each of its opening briefs,” and thus was waived, as it was not appropriately developed.