If Exceptions to 101 Are Codified, Patent Eligibility Chaos Will Be Worse

“If Congress’ words have meaning, we have our first opportunity to fix 101. But if they are instead using the legislation as leverage to extract political donations, we do not have that opportunity and we are all wasting our time.” 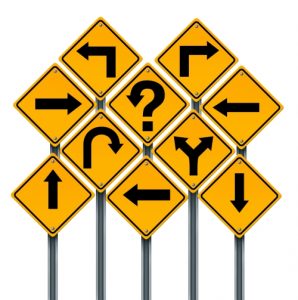 The Framework rolled out by Congress last week to fix Section 101 law in the United States will not improve the current 101 disaster. It codifies current exceptions and even adds an entirely new exception specifically intended to protect big tech monopolies. Congress is pitifully unserious about restoring our innovation engine.

For more than 200 years, the U.S. patent system was the primary engine propelling the United States to lead the world in virtually every new technology. But over the last 15 years, activists in Congress, the courts and the administration pulverized this engine to benefit a few huge multinationals in exchange for political donations and favors.

Today, the patent system is a complete failure causing technologies critical to our economy, job creation, global technological lead, and national security to flee the U.S. and go to China. In a brutal political irony, the Communist Chinese have a better property rights system than we do here in the U.S.

It is also ironic, and frankly embarrassing, that we accuse China of stealing our intellectual property (IP) in a high stakes international trade war when it is abundantly clear that China protects the Chinese patents of Americans in China, but the United States does not protect the U.S. patents of Americans (or Chinese for that matter) on our own soil. It is a well-known fact that huge U.S. corporations steal patented inventions from small inventors and startups and the U.S. government could care less.

While the list of damage to the patent system is extensive, there are three particularly lethal factors that cause the most severe damage:

Patents in the hands of small inventors and startups cannot attract investment and are now worthless.

Fortunately, Congress is telling us that they want to fix the 101 mess, so it appears that they may have recognized the threat that China poses by leapfrogging the United States in technologies critical to our national defense.

If Congress’ words have meaning, we have our first opportunity to fix 101. But if they are instead using the legislation as leverage to extract political donations, we do not have that opportunity and we are all wasting our time.

If Congress is attempting to line their pockets, it will pass legislation that leaves the damage of 101 exceptions mostly intact. Hopefully this does not happen, because our innovation engine will be destroyed for many years to come. We will have to wait for the Chinese to hack an aircraft carrier and run it aground before Congress wakes up to address 101 again.

But we will know if Congress is serious about fixing the 101 mess or if they are just entrepreneurial drafters hoping to make a few extra bucks. The answer will be in the legislation.

According to the Framework, Congress would codify a list of categories that will be patent ineligible subject matter – a list of 101 exceptions kept alive.

The first problem with the list is obvious. Nobody can know what these categories mean unless Congress defines them in detail. If Congress relies on the courts to define the categories, nothing will change. Why go to the trouble of rewriting 101, thus adding years of uncertainty as the courts rewrite case law, just to end up in exactly the same place?

The courts have proven over more than two centuries that they are incapable of determining what inventions are patentable subject matter. The Patent Act of 1952 addressed this failure by using the word “any” in Section 101 to expand subject matter eligibility to encompass just about anything made by man.

“Whoever invents or discovers any new and useful process, machine, manufacture, or composition of matter, or any new and useful improvement thereof, may obtain a patent therefor, subject to the conditions and requirements of this title.”

The drafters of the 1952 Patent Act believed that the courts could not recreate exceptions because “any” means any, without exception. To add redundancy to 101 and thus further protect the patent system from judicially created chaos, Congress wrote Section 282, establishing the sole defenses that can be used to challenge the validity of a patent. Section 101 is excluded as a defense, so according to black letter law, 101 cannot be a basis for a validity challenge to an issued patent. Yet, that black letter law has been ignored by the courts.

Forgetting History is Failing the Future

Congress attempted to keep the courts out of the patent eligible subject matter business. But today, Congress forgets its own history. Instead of ending the errant judicially-created exceptions, Congress attempts to perpetuate the exceptions by codify them.

It is dangerous to list any categories of invention as per se unpatentable subject matter. Doing so means the courts can interpret what these categories mean and expand ineligible subject matter as they have done so wrongly over the last two centuries. Codifying exceptions will end as it always has—with entire fields of invention wrongly excluded from patent protection, and startups in those fields unable to attract investment in the United States. These startups will go to China.

Once transformed, a new technology may fall into a patent ineligible category codified under the Framework. For example, AI is primarily built on three excluded categories: mathematical formulas, economic and commercial principles, and mental activities. There can be no doubt that the courts will view most AI technology as ineligible subject matter because it is built on three excluded categories. As any field transforms into new technologies, it will get caught up in one or more exceptions and the courts will find them unpatentable. This is extremely dangerous public policy.

While all excluded categories are troubling, the most disturbing (or perhaps enlightening) category is “economic and commercial principles.” This is a new category that is not currently a judicial exception under 101. But Congress is proposing to create it for some reason.

Perhaps the reason for adding economic and commercial principles as a new category to be excluded from patent protection is because it will preserve big tech monopolies, and that is worth an awful lot of money.

To put into perspective how important 101 exceptions are for big tech monopolies, Google’s parent, Alphabet, alone spent over $16 million dollars in campaign contributions since 2016 and another $72 million dollars on lobbying. The whole mob, including Facebook, Amazon, Apple, Microsoft, and other big tech monopolies, have dumped hundreds of millions of dollars on Washington D.C., in large part to keep 101 exceptions alive.

I am sad to say that the 101 roundtable may not be round after all. It appears pathetically lopsided, driven by the interests of big tech and no doubt fueled by big tech’s big bucks.

The damage that will be caused to America by codifying 101 exceptions is far too great for Congress to trade for political donations. We will lose our global technological edge, our job creation engine, our economic growth, and our national security.

And for what? To perpetuate the monopolies of a few huge multinationals that have already betrayed America by limiting free speech in the public square; creepily taking personal data of all Americans and selling it; using their data and platforms to skew the results of elections; and arrogantly refusing to develop AI for our military while developing it for China’s military. Big tech monopolies have no allegiance to America and, indeed, many do not pay any U.S. taxes.

This fire is hot. Congress should not play with it so casually.