“The Athena decision omits an appropriate analysis of the wording of the statute it is applying.” 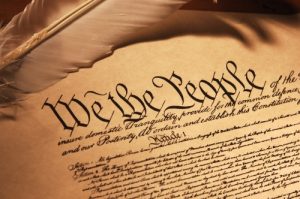 Athena Diagnostics filed a petition for en banc rehearing of the United States Court of Appeals for the Federal Circuit’s decision in Athena Diagnostics v. Mayo on April 8, 2019. Amicus briefs are due April 22, 2019. The Athena decision continues to apply U.S. Supreme Court-created common law to the analysis of 35 U.S.C. §101.

In its brief requesting rehearing, Athena argues that the decision is “precisely the evisceration of patent law against which the U.S. Supreme Court has long warned” and that the claims at issue were patent eligible, as they are “novel, man-made substances”, “do not preempt natural laws” and “serve a new and useful purpose of diagnosing serious diseases”.

The brief asks the full panel of the court to consider the following questions:

Knowles IP Strategies LLC (Sherry M. Knowles) and AddyHart (Meredith Addy) intend to file an amicus brief in support of neither party requesting that the Federal Circuit carry out its constitutional duty to apply strict statutory construction of the literal words of 35 U.S.C. §101 to decide the case (See, Unconstitutional Application of 35 U.S.C. § 101 by the U.S. Supreme Court; 18 J. Marshall Rev. Intell. Prop. L. 144 (2018)).

As with other recent Federal Circuit and U.S. Supreme Court cases on patent eligibility, the Athena decision omits an appropriate analysis of the wording of the statute it is applying (“Whoever invents or discovers”), and its opinion is inconsistent with the wording of the statute. Instead, it applies judicial exceptions to the statute, which have been created by the U.S. Supreme Court, as elaborated in its new common law on the subject. However, as recently well stated by the U.S. Supreme Court in Henry Schein, Inc. v. Archer & White, Inc. (No. 17-1272; January 8, 2019), “This Court may not engraft its own exceptions onto the statutory text”.

If you, your institution, or company have an interest in joining this brief, please send a request to [email protected] by April 17, 2019.

The U.S. Constitution is not self-enforcing. The people and institutions of the United States must demand it.