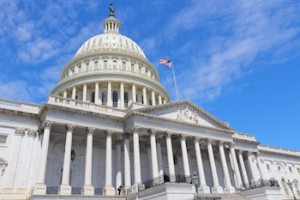 On Capitol Hill for the week of April 8, the Senate has a busy schedule related to tech and innovation topics, including hearings on prescription drug pricing, broadband Internet coverage maps developed by the U.S. government, free speech on social media and tech platforms, and clean energy innovations to address climate change. The Senate Environment Committee also has a business meeting this week to discuss a piece of legislation that would support innovation in direct air carbon capture. This week’s tech and innovation lineup at the House of Representatives is a bit lighter, although there are hearings looking at a proposed bill to restore net neutrality, as well as a review of the 2020 budget request for the National Institute of Standards and Technology. Elsewhere, the Brookings Institution hosts events on EU-U.S. digital data collaboration and the impact of automation on the future of work, and the Information Technology and Innovation Foundation explores funding issues for the National Institutes of Health and their impact on American biomedical innovation.

The House Committee on Rules will meet Monday afternoon to consider two proposed pieces of legislation, including H.R. 1644, the Save the Internet Act of 2019. This bill, introduced in early March by Rep. Michael Doyle (D-PA), would restore the Open Internet Order which was rescinded by Federal Communications Commission (FCC) Chairman Ajit Pai last June. The bill has picked up a total of 197 co-sponsors since Rep. Doyle introduced the measure last month.

The National Institute of Standards and Technology (NIST) is a non-regulatory federal agency with a mission of promoting American innovation and industrial competitiveness through laboratory programs and the development of technical standards. The 2020 budget request released by the Trump Administration would reduce funding for NIST by 30% down to $687 million though funding for activities related to quantum science, microelectronics and artificial intelligence would remain largely intact. The sole witness for this hearing is the Honorable Walter Copan, Undersecretary of Commerce for Standards and Technology, and Director, NIST.

Drug Pricing in America: A Prescription for Change, Part III

The Critical Role of the NIH in Boosting Economic Competitiveness

American dominance in biomedical innovation is being threatened by competitor nations such as China, Russia and India and, while one reason has undoubtedly been growing uncertainty in patent eligibility in the biomedical sector, this event will look at the effects of stagnant government funding of the National Institutes of Health (NIH) between 2003 and 2016 resulting in the NIH being underfunded by about $5 billion compared to 2003 levels. This event will feature a panel discussion with Paula Cohen, Professor of Genetics, Director, Center for Reproductive Genomics, and Associate Vice Provost for Life Sciences, Cornell University; Danielle Friend, Director of Science and Regulatory Affairs, Biotechnology Innovation Organization; Sudip Parikh, Senior Vice President and Managing Director, DIA Americas; and Lili Portilla, Director of Strategic Alliances, National Center for Advancing Translational Sciences, NIH. The panel discussion will be moderated by Robert Atkinson, President, Information Technology and Innovation Foundation.

The Senate Environment and Public Works Committee will convene a business meeting on Wednesday morning to consider four proposed pieces of legislation including S. 383, the Utilizing Significant Emissions with Innovative Technologies (USE IT) Act. This bill would amend sections of the Clean Air Act and the Fixing America’s Surface Transportation (FAST) Act to support carbon dioxide utilization and direct air capture research, and to facilitate the permitting and development of carbon capture, utilization and sequestration projects.

The FCC has released maps detailing Internet broadband coverage around the United States but many stakeholders have raised issues with the accuracy of those maps. In March, Microsoft filed a document with the FCC in which the tech company argued that the agency’s broadband maps overstated the extent of broadband availability across the country. This Senate Commerce Committee hearing will explore the current state of the FCC’s broadband maps, evaluate efforts within the federal government and the private sector to collect more accurate data and examine ways to increase federal agency coordination to ensure that resources are targeted to underserved areas. The witness panel for this hearing will include Tim Donovan, Senior Vice President, Competitive Carriers Association; Mike McCormick, President, Mississippi Farm Bureau Federation; Mike Obilzalo, Vice President and General Manager, Hood Canal Communications; Jonathan Spalter, President and CEO, United States Telecom Association; and Chip Strange, Vice President, Strategic Initiatives, Ookla.

Senate Subcommittee on the Constitution

In late March, Facebook CEO Mark Zuckerberg wrote an op-ed in The Washington Post in which he called for “a more active role for government and regulators” in four key areas: harmful content, election integrity, privacy and data portability. According to an article published on The Hill, this hearing, which will be chaired by Sen. Ted Cruz (R-TX), a critic of Silicon Valley tech companies, especially regarding their activities related to conservative viewpoints on their platforms, will include testimony from corporate representatives of Google, Facebook and Twitter. The witness panel for this hearing hasn’t yet been announced.

The U.S. federal government is currently assessing a proposal from the Trump Administration to create a United States Space Force as a branch of the U.S. Armed Forces that would be responsible for military space operations. In late March, the Space Force Planning Task Force underneath the U.S. Air Force delivered a report to Acting Secretary of Defense Patrick Shanahan on the initial work plan for the U.S. Space Force. The witness panel for this hearing will include the Honorable Patrick Shanahan, Acting Secretary of Defense; the Honorable Heather Wilson, Secretary of the Air Force, General Joseph Dunford, Jr., Chairman of the Joint Chiefs of Staff; and General John Hyten, Commander, United States Strategic Command.

Carbon capture technologies, like those that would be supported by the USE IT Act being discussed by the Senate Environment Committee on Tuesday, could have a major impact on America’s ability to address concerns from climate change. Over the past two years, the Department of Energy has invested $1.8 billion worth of funding in national laboratories, academic institutions and private companies on clean energy research and development initiatives, though that funding has been recently threatened by budget cuts recently revealed by the Trump Administration’s budget for the 2020 fiscal year. The witness panel for this hearing will include Robert Bryce, Senior Fellow, Manhattan Institute; Sarah Ladislaw, Director and Senior Fellow, Energy and National Security Program, Center for Strategic and International Studies; Dr. Arun Majumdar, Co-Director, Precourt Institute for Energy, Stanford University; David Sandalow, Inaugural Fellow, Center for Global Energy Policy, Columbia University; and Abe Silverman, Vice President and Deputy General Counsel, NRG Energy, Inc.

Senate Subcommittee on Communications, Technology, Innovation, and the Internet

Illegal Robocalls: Calling All To Stop The Scourge

This February, the FCC released a report on robocalls that discussed new approaches employed by the FCC since 2017 to combat unwanted robocalls to U.S. consumers as well as new initiatives to protect consumers and challenges that remain. One of the challenges to the FCC’s ability to stop robocalls is a lack of authority to enforce fines which has led the agency to collect only $6,790 of a total of $208.4 million in fines levied by the FCC since 2015. The witness panel for this hearing includes the Honorable Doug Peterson, Attorney General, State of Nebraska; Kevin Rupy, Partner, Wiley Rein, representing US Telecom – The Broadband Association; and Margot Saunders, Counsel, National Consumer Law Center.

The European Union has been very active on a number of policy initiatives affecting digital data cooperation between the EU and the United States, including the Privacy Shield that allows for international transfers of personal information despite different data privacy regimes, and the General Data Protection Regulation (GDPR) consumer data privacy regime enacted last May by the EU. This event will feature a conversation between Cameron Kerry, Ann R. and Andrew H. Tisch Distinguished Visiting Fellow, Brookings Institution; and V?ra Jourová, Commissioner, Justice, Consumers, and Gender Equality, European Commission.

How Will Emerging Technologies Affect the Future of Work?

Automation, robotics and digital technologies will continue to affect the kind of jobs that are available in almost every industry for years to come, making worker retraining and public policies on the ramifications of tech development on the American workforce much more important. This event will feature a panel discussion with Greg Morrisett, Dean, Computing and Information Sciences, Cornell University; Makada Henry-Nickie, David M. Rubenstein Fellow, Governance Studies, Race, Prosperity and Inclusion Initiative; and David Hoffman, Associate General Counsel and Global Privacy Officer, Intel Corporation. The panel discussion will be moderated by Darrell West, Vice President and Director, Governance Studies, and Founding Director, Center for Technology Innovation.