Held: At the pleading stage of a patent infringement action, the CAFC performs patent eligibility analysis under the patent owner’s proposed claim constructions. Claims covering a specific method of treatment for specific patients using a specific compound at specific doses to achieve a specific result are considered treatment claims and are patent eligible. 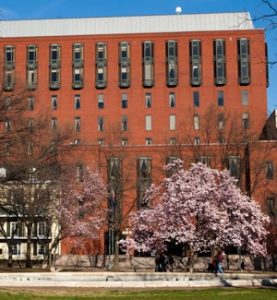 The patents at issue were directed to the use of beta-alanine in dietary supplements to “increas[e] the anaerobic working capacity of muscle and other tissue.” After Natural Alternatives asserted the patents in multiple lawsuits in California, Creative Compounds, LLC (“Creative Compounds”) moved for judgment on the pleadings. The district court granted the motion. In performing its eligibility analysis, the district court accepted Natural Alternatives’ proposed claim construction and held that the asserted claims were patent ineligible. Natural Alternatives appealed, and the Federal Circuit reversed and remanded.

Looking at the Claims

The Federal Circuit held that “the complaint’s factual allegations, together with all reasonable inferences, plausibly establish the eligibility of the representative claims.” In conducting its analysis, the Court applied Natural Alternatives’ proposed claim constructions,  defining “effective” as “elevates beta-alanine above natural levels to cause an increase in the synthesis of beta-alanylhistidine dipeptide in the tissue”; “dietary supplement” as “an addition to the human diet, which is not a natural or conventional food, which effectively increases athletic performance when administered to the human over a period of time”;. and “increasing anaerobic working capacity” as “increasing the amount of work performed by a muscle under lactate producing conditions.”

A number of the asserted patents claim methods of treatment using beta-alanine (“the Method Claims”). Representative Claim 1 of the ‘596 patent recites:

providing an amount of beta-alanine to blood or blood plasma effective to increase beta-alanylhistidine dipeptide synthesis in the human tissue; and

exposing the tissue to the blood or blood plasma, whereby the concentration of beta-alanylhistidine is increased in the human tissue.

Although the claims covered a natural product—beta-alanine—they covered the product in unnatural quantities in order to alter a patient’s natural state and treat a patient with specific dosages, said the Court. As such, the Federal Circuit found the method claims patent eligible treatment claims—directed to “a specific method of treatment for specific patients using a specific compound at specific doses to achieve a specific outcome.”  As the Court explained, “[a]dministering certain quantities of beta-alanine to a human subject alters that subject’s natural state. Specifically, homeostasis is overcome, and the subject’s body will produce greater levels of creatine. . . . This, in turn, results in specific physiological benefits for athletes engaged in certain intensive exercise. . . . The claims not only embody this discovery, they require that an infringer actually administer the dosage form claimed in the manner claimed, altering the athlete’s physiology to provide the described benefits.”

Unlike the claims in Mayo, which merely described an existing natural relationship, the method claims not only “rely on the relationships between the administration of beta-alanine and beta-alanylhistidine dipeptide synthesis, but . . . require specific steps be taken in order to bring about a change in a subject, altering the subject’s natural state.”  The Court elaborated that “[t]he fact that the human body responds to the treatment through biochemical processes does not convert the claim into an ineligible one. . . . [T]he ‘natural ability of the subject matter to undergo the process does not make the claim “directed to” that natural ability.’”

Similarly, although the asserted claims directed to a dietary supplement were directed to specific treatment formulations that incorporated the natural product beta-alanine, they nonetheless have characteristics and can be used in ways that beta-alanine in nature does and cannot. For example, in claim 1 of the ‘084 patent, the “dietary supplement” uses beta-alanine at a dosage of “between about 0.4 grams to 16 grams” to “effectively increase[] athletic performance.” The Court said that Natural Alternatives had sufficiently alleged that the claimed dosage forms could be used to increase athletic performance in a way that naturally occurring beta-alanine cannot and that the claimed combination of glycine and beta-alanine could have effects far greater than the sum of its parts.

Finally, the majority held that claims directed to the manufacture of a human dietary supplement containing beta-alanine with certain characteristics were not directed to a law or product of nature, but instead to an application of a natural law and new use of the product.