Apple is Afraid of Inventors, Not Patent Trolls

“Apple, Google, and other tech titans have manipulated and gamed the system so that it costs tens of millions of dollars and takes a decade or more to enforce a patent in court. This is no problem for the trillion-dollar tech titans, but inventors have virtually no chance.” 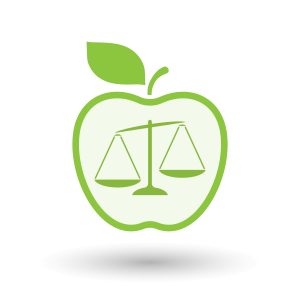 Apple made headlines with its recent decision to close its stores in Frisco and my home town of Plano, Texas. The rumor is that Apple was afraid of the dreaded “patent troll.” However, Apple is not afraid of patent trolls. They are afraid of inventors.

Whenever you hear the term patent troll, think of inventors. Inventors like my friend Bob Short, who solved an important technical problem in 1998 with his invention—a protocol that encrypts real-time audio and video transmissions. Apple wanted his technology for their FaceTime app, so they took it. Bob’s company, VirnetX, has spent six years trying to stop them and make them pay. Meanwhile Apple, Google, and other tech titans have spread propaganda and paid lawyers, academics, lobbyists, and politicians to destroy the U.S. patent system.

They called us trolls. They said patents stifle innovation. They said the Eastern District of Texas Court was biased and unfair. They persuaded the Supreme Court in 2006 that inventors must no longer be allowed to determine who gets to use our inventions or how they are used. They pushed for creation of the Patent Trial and Appeal Board, an administrative tribunal tasked with revoking our patents. They convinced the Supreme Court in 2017 to prohibit inventors like me from filing suit in my home state of Texas.

The coup d’etat was in 2018, when the Supreme Court declared that patents are no longer property rights, thereby stripping inventors of the protections of an Article III court and a trial by jury. They have manipulated and gamed the system so that it costs tens of millions of dollars and takes a decade or more to enforce a patent in court. This is no problem for the trillion-dollar tech titans, but inventors have virtually no chance. It not only hurts inventors, but it drives private investment away from cutting edge R&D ventures and suppresses real innovation. Without time and capital, inventors will not be able quit their corporate job and fund their companies, like Bob and I did.

Bob and VirnetX have survived….so far. Apple despises the Texas judge who made them go to trial and they are aggravated by the Texas jury that said they owe VirnetX millions of dollars for using Bob’s invention without permission. They don’t want anyone telling them they have to obey the law. They are leaving Plano and Frisco out of spite and arrogance. They know that judges in other places, such as California, move cases slower and have less scruples about overturning jury verdicts. Another inventor friend of mine recently won a similar case against Apple, only to have the Silicon Valley judge overturn the jury verdict.

No End in Sight

I have experienced all of this. For four years I’ve been in a nightmare legal battle over my Bunch O Balloons invention. Telebrands, Walmart, and a host of other big corporations helped themselves to my invention, in complete disregard of my patent. They brought in the biggest lawyers in the business in an effort to crush me in court and destroy my business. They filed hundreds of motions, tens of thousands of pages, and drove my legal bills into the tens of millions of dollars. They filed a countersuit against me, serving me with a temporary restraining order on Christmas Eve of 2015. We have four massive cases in Texas, one in New Jersey, eight at the Patent Trial and Appeal Board, and 13 cases at the Court of Appeals in Washington, D.C. This blog reported that I won a jury verdict in 2017, but that was a hollow victory—I haven’t been paid a dime of it and probably never will. Their lawyers have fought another 16 months post-trial, and this is just for one of the three (so far) variations of knockoffs. They argue that they should get to keep most of their profits and pay me only a small fraction. They plan to appeal everything and drag this out several more years. They will argue on appeal that the case is illegitimate because it should have been moved to New Jersey. They will say my patents are not valid, and that even if they are valid, they don’t infringe them, and that even if they infringe them, they only owe me a small fraction of their profits. There is no end in sight. And this is in the famous “plaintiff friendly” Eastern District of Texas.

Apple senses correctly that inventors are in dire straits and one more blow will exterminate us. That is why they are moving their stores out of Frisco and Plano.