“The letter explains that injunctions are necessary to address the widespread patent infringement that has occurred in recent years; infringement that risks innovators’ ability to continue to innovate and create next generation technologies.” 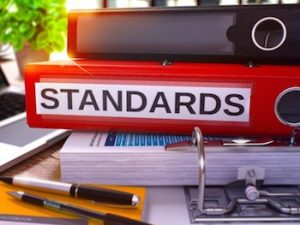 The letter sent by Ericsson, Nokia, Philips, and Qualcomm begins by explaining that those signing the letters collectively spend many billions of dollars annually on “the development of cutting-edge standards that substantially contribute to the social welfare and quality of life of U.S. consumers,” and “and employ tens of thousands of people in the U.S.” The letter goes on to explain that injunctions are necessary to address the widespread patent infringement that has occurred in recent years; infringement that risks innovators’ ability to continue to innovate and create next generation technologies. Without property protections it is economically irrational to invest the billions of dollars required to create cutting-edge technologies.

The letter also explains that the right to exclude is not only enshrined in the U.S. Constitution, but is mandated by the TRIPS Agreement. “A broad rule severely limiting the ability to enforce or even seek prohibitive orders against infringers… would conflict with the [World Trade Organization] WTO Standard,” the letter explains. Thus, withdrawal from a Policy Statement that limits—or even prohibits—various prohibitive orders is not only good policy from the perspective of allowing creators to protect their innovations, but good policy because it makes the U.S. compliant with WTO obligations.

Delrahim Takes a Stand on the 2013 Joint Policy Statement

This chapter in the Standard Essential Patent discord began in December 2018, when Assistant Attorney General for the Antitrust Division of the U.S. Department of Justice, Makan Delrahim, indicated that the Antitrust Division was withdrawing its assent to the 2013 Joint Policy Statement during remarks delivered at the 19th Annual Berkeley-Stanford Advanced Patent Law Institute.

The 2013 Statement advised that injunctions or International Trade Commission exclusion orders may not be appropriate with respect to standard-essential patents, as they may be “inconsistent with the public interest.” The statement said:

When a standard incorporates patented technology owned by a participant in the standards-setting process, and the standard becomes established, it may be prohibitively difficult and expensive to switch to a different technology within the established standard or to a different standard entirely. As a result, the owner of that patented technology may gain market power and potentially take advantage of it by engaging in patent hold-up, which entails asserting the patent to exclude a competitor from a market or obtain a higher price for its use than would have been possible before the standard was set, when alternative technologies could have been chosen.

Critics have characterized this reference to patent hold-up as a false flag that simply has not been an issue. But the Joint Statement went on to say that “such an order may harm competition and consumers by degrading one of the tools [standards developing organizations] SDOs employ to mitigate the threat of such opportunistic actions by the holders of F/RAND-encumbered patents that are essential to their standards.”

In January, six trade associations came out in opposition to Delrahim’s move to withdraw from the Joint Policy Statement, claiming that it provided “much-needed guidance regarding the intersection of standardization, intellectual property, and the vital role of competition law” and “discouraged abusive tactics, such as improperly using injunctions, used to assert pressure on would-be innovators that utilize standards to compete.” The letter further expressed confusion over Delrahim’s views and criticized his implication that FRAND licensing is compulsory.

Specifically, Delrahim said in his December remarks at the Patent Law Institute:

This joint statement should not be read as a limitation on the careful balance that patent law strikes to optimize the incentive to innovate.  There is no special set of rules for exclusion when patents are part of standards.  A FRAND commitment does not and should not create a compulsory licensing scheme…. In particular, I have criticized the argument that it ought to be a violation of antitrust law for a holder of a standard-essential patent, or SEP, to exclude competitors from using the technology, including by seeking an injunction against the sale of infringing goods—I think that argument is wrong as a matter of antitrust law and bad as a matter of innovation policy.

In the letter sent today by Ericsson, Nokia, Philips and Qualcomm to Iancu and Ross, the companies championed this view, urged Ross and Iancu to voice their support for Delrahim’s view, and further elaborated on the reasons the 2013 Joint Policy Statement was problematic. In part, the letter argued that the Policy Statement did not give sufficient consideration to the phenomenon of “hold-out,” or long term, strategic infringement that takes place after innovator companies have invested in developing a particular technology. The companies said that the Policy Statement “encouraged and emboldened” such hold-out and the practice became more prevalent after 2013.

The letter added that the Joint Policy Statement was at odds with the 2014 Federal Circuit decision in Apple v. Motorola, in which, “the court found no reason to create a separate rule or analytical framework for addressing injunctions for FRAND-assured patents, noting that the eBay framework provides ample flexibility for addressing the unique aspects of FRAND-assured patents and industry standards in general.”

In a second letter sent today, seven organizations—the Alliance of U.S. Startups & Inventors for Jobs, the American Conservative Union, the Conservatives for Property Rights, the Innovation Alliance, the Licensing Executives Society (U.S.A. and Canada), Inc., the National Small Business Association, and the U.S. Business & Industry Council—likewise supported Delrahim’s position and said that a series of court decisions over the last decade have turned the tide against patent owners, causing the United States to fall from first to twelfth place on the Global Innovation Policy Center’s IP index in 2018. The organizations described the 2013 Joint Policy Statement as being “at best confused on how to maintain the incentive to innovate in a standard-development context,” applauded Delrahim’s decision to withdraw, and urged Barr and Ross to “discount the arguments of those who claim that increased innovation and job creation require weaker patents and less of the ‘exclusive Right’ the U.S. Constitution contemplates.”

According to Delrahim’s remarks, his office will be working with the USPTO “to draft a new joint statement that better provides clarity and predictability with respect to the balance of interests at stake when an SEP-holder seeks an injunctive order.”

While it remains largely unclear what the 2013 Joint Policy Statement’s true effect or purpose really was, patent owners will generally welcome Delrahim’s decision as providing clarity and leaving judges to decide cases based on the evidence before them.

The STRONGER Patents Act, introduced in the Senate by Senator Chris Coons (D-DE), Senator Dick Durbin (D-IL), Senator Mazie Hirono (D-HI), and supported in the House of Representatives by Congressman Steve Stivers (R-OH), would restore the presumption of injunctive relief upon a finding that a patent is both valid and infringed. In a recent interview with IPWatchdog.com (publication forthcoming), Congressman Stivers indicated that there was a chance that the STRONGER Patents Act could move in the 116th Congress, but that he was particularly optimistic that something could be achieved within the next three to four years.

The lack of real injunctive relief for innovators and hold-outs, sometimes referred to as efficient infringement, will continue to be an important topic moving forward as patent reform continues to be discussed inside the Beltway in Washington, D.C.