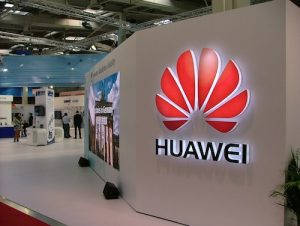 In its mammoth 54-page complaint, the company alleges the United States and its agencies violated the Federal Constitution when it singled out Huawei in the 2019 National Defense Authorization Act (NDAA). U.S. authorities are concerned that China could use Huawei’s equipment to spy on communications networks. Having offices in Plano, Huawei had jurisdiction to file in the Eastern District of Texas, widely recognized as a plaintiff-friendly court for technology matters.

But despite its considerable resources and legal muscle, Huawei will have a challenging time proving its case in court, and here’s why.

Let’s start with Huawei’s use of “bill of attainder”. In the complaint, Huawei asserts:

Even where the Framers otherwise granted Congress enumerated legislative powers, they prohibited it from using those powers to enact bills of attainder that impose punishment on specific individuals identified by the legislature.

The antiquated term attainder historically stems from English common law, referencing the king’s right to acquire lands and titles upon carrying out a death sentence. Henry VIII used a bill of attainder to strip Anne Boleyn of her title before her execution.

In this case, Huawei is arguing that not only was the company accused of criminal activity, but it was also stripped of its ability to defend itself in a court of law, which according to the U.S. Constitution, is a no-no. Unsurprisingly, Huawei’s lawyers also cite violation of Huawei’s right to due process, stating it is entitled to its day in court to meet its accusers.

The issue is that prior case law distinguishes between an acceptable burden and an improper punishment. Where economic rights are involved, as is the case here, versus the fundamental rights of persons, punishment is viewed in terms of Congress’ purpose, not the effect on Huawei. In other words, the emphasis is not on whether the sanction on Huawei means the loss of a substantial amount of its business, but instead on what Congress’ intent was when it passed the legislation.

Then there’s the issue of China’s national intelligence law. The company would be required to cooperate with Chinese authorities if asked. While Huawei Founder and former Chinese military engineer Ren Zhengfei has firmly stated that “Huawei is not owned, controlled, or influenced by the Chinese government” and the company’s chief legal officer has alleged Section 889 of the NDAA—which explicitly prohibits use of telecommunications equipment produced by Huawei Technologies Company or ZTE Corporation—is based on “numerous false, unproven and untested propositions,” the fact remains that U.S. intelligence agencies have identified Huawei as a threat to the national security. Even if Huawei successfully argues its activities are commercial and not under China’s government influence, the company would have to report its information to China if that government so desired.

To really understand how this might all play out, one must look at the Kaspersky Lab predicament. The United States’ 2018 NDAA specifically references Kaspersky Labs (“Prohibition on Use of Products and Services Developed or Provided by Kaspersky Lab”), like the 2019 NDAA’s reference to Huawei. And like Huawei, which has now followed in its footsteps, Kaspersky brought federal lawsuits alleging violation of the Constitution’s Bill of Attainder Clause. The problem for Huawei is that, under similar circumstances, Kaspersky lost both in its actions and—more importantly—on appeal to the United States Court of Appeals for the District of Columbia Circuit. The latter is the federal appellate court most highly regarded for constitutional expertise.

A bill of attainder defense is much harder to sustain because the inquiries leave little leeway for interpretation. The most significant of these, and frankly the only one providing Huawei any hope of success, is the so-called functional test. The latter inquires whether the law in view of the nature of its burden to Huawei is reasonable. Application to Huawei’s circumstance would be analogous enough to Kaspersky’s that the road will be tough for Huawei. And like Kaspersky’s case, the ban is not broadly asserted but applicable to purchases by the federal government and its contractors, leaving Huawei open to sell on the U.S. market.

Moreover, Huawei seeks to overturn a law. Despite its elaborately detailed complaint and many motions to come, the district court’s focus will be not on Huawei’s culpability and remedial measures to show it is a fair player, but instead on whether Congress’ action was reasonable and not merely punitive. And that bar is quite low.