Held: It is improper for the court to consider matters outside the pleadings on a motion to dismiss without converting the motion into a motion for summary judgment or giving the opponent an opportunity to respond. 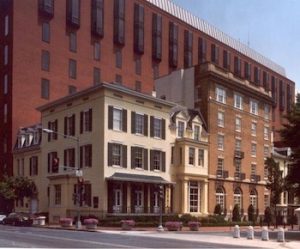 Coda Development and Frantisek Hrabal (collectively “Coda”) sued Goodyear Tire & Rubber Company for trade secret misappropriation and correction of inventorship of 12 Goodyear patents directed to self-inflating tire (SIT) technology. Coda alleged that, during several confidential meetings held between the parties, Goodyear copied Coda’s inventions and filed patent applications based on those inventions without naming Coda as an inventor or co-inventor. The district court dismissed the complaint under Federal Rule of Civil Procedure 12(b)(6) for failure to state a claim upon which relief can be granted and denied the Plaintiff’s motion for leave to amend the complaint.

In 2008, General Motors contacted Coda and expressed interest in Coda’s SIT technology. General Motors wanted to involve Goodyear, which had desired to develop SIT technology for some time, in the meeting. Coda consented, and the parties signed a nondisclosure agreement before the meeting, restricting use of confidential information disclosed between the parties regarding the development of SIT technology. Coda and Goodyear met on January 15, 2009. During the meeting, Coda disclosed novel, proprietary, and confidential information about its SIT technology to Mr. Benedict, who was responsible for Goodyear’s research and development of SIT technology. The parties agreed to continue discussions and met again in June 2009. At that meeting, Mr. Benedict requested to review Coda’s updated product, testing methods, and performance results. Mr. Benedict also requested to examine a prototype of Coda’s SIT technology alone with his team, during which time they took photographs of the prototype without Coda’s permission.

Months went by without word from Mr. Benedict or Goodyear. Coda attempted to re-establish communications, but Mr. Benedict declined. In December 2009, a Goodyear employee on Mr. Benedict’s team independently reached out to Coda to inquire about the status of Coda’s SIT technology. Coda explained that Mr. Benedict had not responded to Coda’s requests for additional meetings. The Goodyear employee responded, saying that “during [Goodyear’s] brainstorm session, I indicated your invention matches up nicely with Goodyear’s current criteria for development and asked if we have looked into this with SIT Coda. Mr. Benedict’s response to this question was oddly vague.” That same month, Goodyear filed a patent application for “Self-Inflating Tire Assembly,” which issued as U.S. Patent No. 8,042,586 on October 25, 2011. Between 2012 and 2015, Goodyear received eleven other patents directed to SIT technology. In December 2012, Coda received an unsolicited email from the same Goodyear employee Coda corresponded with in December 2009, stating “I am retired now from Goodyear and see in the news today that they have copied your SIT. Unfortunate. I thought China companies were bad.”

Coda subsequently filed suit against Goodyear in the Northern District of Ohio seeking to add Mr. Hrabal as an inventor on the ?586 patent and remove Mr. Benedict and Mr. Losey, also of Goodyear, as inventors. Coda also sought to add Mr. Hrabal as a joint inventor on the 11 other Goodyear patents. Goodyear moved to dismiss, arguing that Coda failed to plead facts supporting Mr. Hrabal’s conception of the ?586 patent or collaboration with respect to the 11 other Goodyear patents Mr. Hrabal allegedly co-invented. Goodyear submitted a patent application filed by Mr. Hrabal that published before the filing date of the ?586 patent as an exhibit to its motion, arguing that the Complaint’s description of Mr. Hrabal’s technology was “so unspecific that it applie[d] equally to this publication.” In Goodyear’s reply, Goodyear attached an article written by Mr. Hrabal in 2008 which purportedly disclosed everything that the Complaint alleged was novel, proprietary, confidential, and allegedly copied by Goodyear. Coda moved to strike or disregard the 2008 article because it was outside of the pleadings and offered for the first time on reply. In the alternative, Coda requested leave to file a sur-reply to show that the 2008 article did not disclose everything allegedly copied by Goodyear.

The district court denied Coda’s motion to strike and granted Goodyear’s motion to dismiss. The court found that the 2008 article was judicially noticeable as a “2008 public disclosure of something [Plaintiffs] now claim[] was secret when disclosed to Goodyear in 2009.” The court also found that the 2008 article disclosed each of the elements Coda claimed was novel, proprietary, and allegedly copied by Goodyear. Further, the court found that the Complaint did not plausibly show that Mr. Hrabal was the sole inventor of the ?586 patent or that he contributed to the invention of the eleven other Goodyear patents. The court did not explain why it denied Coda’s request for leave to file a sur-reply addressing the article.

Construing the complaint in the light most favorable to Coda, the Federal Circuit found that Coda’s claims for correction of inventorship were plausible. Goodyear sought out meetings with Coda during which they took unauthorized photographs of Coda’s SIT technology. Shortly thereafter, Goodyear filed patent applications relating to those inventions and declined further meetings with Coda. A Goodyear employee independently reached out to Coda stating that when asked about the status of Coda’s SIT technology, Mr. Benedict’s answer was “oddly vague.” Years later, Coda received an unsolicited email from that same employee stating that Goodyear copied Coda’s inventions for the ?586 patent. Taken together, these facts allowed the reasonable inference that Mr. Hrabal conceived of the invention issued as the ?586 patent and Goodyear did not. They also allowed the reasonable inference that Mr. Hrabal made a more than insignificant contribution to the conception of the 11 other Goodyear patents.

The district court’s conclusion to the contrary was based in large part on its consideration of materials outside the pleadings, mainly the 2008 Hrabal article. While district courts are entitled to consider materials outside the pleadings if a motion to dismiss is converted into a motion for summary judgment, neither Goodyear nor the court interpreted the motion to dismiss as a motion for summary judgment. And, even if it had, the court failed to give Coda a reasonable opportunity to respond. The district court’s decision to take judicial notice of the 2008 article was also an error. “Although a district court may consider judicially noticeable matters outside the pleadings without converting a Rule 12(b)(6) motion into one for summary judgment . . . judicially noticeable facts must ‘not [be] subject to reasonable dispute.” Whether the 2008 article disclosed the novel and proprietary technology allegedly copied by Goodyear was a hotly contested issue and therefore was not the proper subject of judicial notice.

The Federal Circuit said that the district court also erred in denying Coda’s post-judgment motion for leave to amend its complaint. Unless there is some “apparent reason (e.g., undue delay, bad faith or dilatory motive, repeated failure to cure deficiencies by previously allowed amendments, undue prejudice to the opposing party, futility), leave to amend should be freely given.” No such reasons were present in this case. Indeed, Coda expressed its desire to file the amended complaint even if the court found that the original complaint contained sufficient facts. The Court found that “Plaintiffs’ suggested approach [was] sensible and [was] aware of no reason why they should not be permitted to file their proposed amended complaint on remand.”