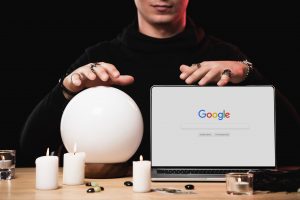 Mozilla, Mapbox, Medium, Patreon, Etsy, and Wikimedia have filed an amicus brief in support of Google in its case against Oracle at the U.S Supreme Court.

The platforms disagree with the Federal Circuit’s March 27, 2018, ruling that Google’s use of Oracle’s Java application programming interface (API packages) was not fair as a matter of law, reversing the district court’s decision on the matter. The brief is the latest of 14 that have been filed in the last week in support of SCOTUS granting the petition.

Mozilla et. al. argue that software development depends on the ability to reuse and reimplement functional protocols like APIs in order to “create competing alternatives to incumbent industry players and new markets for development without fear of copyright infringement.” The brief cites an 1879 Supreme Court case, Baker v. Selden (101 U.S. 99), and the language of 17 U.S.C. § 102(b) (2012) to support its argument.

102. Subject matter of copyright: In general

(b) In no case does copyright protection for an original work of authorship extend to any idea, procedure, process, system, method of operation, concept, principle, or discovery, regardless of the form in which it is described, explained, illustrated, or embodied in such work.

In Baker v. Selden, the Supreme Court first articulated what has come to be known as the “merger doctrine” when it held that a novel bookkeeping system comprised of columns and headings from forms in an author’s book were not copyrightable and thus not infringed by a similar bookkeeping system.

The brief focuses chiefly on two points. First, that expanding copyright protection to include APIs will “stifle innovation and competition by privileging powerful incumbents and creating artificial barriers to entry for new players and innovators where none existed before.” Second, “the Federal Circuit’s rejection of the fair use doctrine stands to undermine not only reimplementation and reuse of APIs, but also other valuable software engineering practices, such as reverse engineering, interoperability, and the creation of competing platforms, as well as innovations in data analytics, search engines, and many other groundbreaking advancements.”

Another brief filed on February 25 by 65 Intellectual Property Scholars also points to Baker v. Selden and other decisions by the First, Second, Fifth, Sixth, Tenth and Eleventh Circuits in conflict with various elements of the Federal Circuit’s latest ruling as evidence of deep circuit disagreement on the matter warranting review.

In a blog post announcing the brief, Mozilla analogized the Java platform and its APIs to toasters and toaster slot dimensions:

Let’s say a manufacturer produces a toaster and publishes the dimensions of the slots so bakers know exactly what size loaf will fit. Bakers can sell bread knowing it will fit in everyone’s toasters; manufacturers can make new toasters knowing they will fit people’s bread; and everyone can make toast regardless of which bakery they frequent.

Should other toaster manufacturers be prohibited from using those square dimensions for their own toasters? Of course not.

Google filed its petition with the Supreme Court on January 24. The questions presented are:

In response, Oracle dismissed Google’s latest petition in the nine-year battle as “a rehash of arguments that have already been thoughtfully and thoroughly discredited” and said that Google’s “fabricated concern about innovation hides Google’s true concern: that it be allowed the unfettered ability to copy the original and valuable work of others as a matter of its own convenience and for substantial financial gain.”