Don’t Miss the Big Picture: What Companies Get Wrong When It Comes to IP Strategies 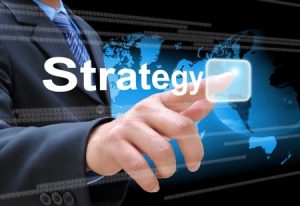 Yesterday’s IPWatchdog webinar, “How to Evolve Your IP Strategy Over Time,” focused on the trouble companies—both large and small—can run into when they don’t take the time to audit and implement concrete strategies to ensure they are focusing on developing valuable, rather than merely voluminous, IP portfolios.

Michael Gulliford, Managing Principal at Soryn IP Group, said that there is often “a disconnect between the academic exercise of building a patent portfolio and the reality of running a business. It takes discipline and time to start implementing strategies to ensure it’s worthwhile.”

Of course, this question always comes up at the worst time, said Gulliford. “The need to know what you have pops up when there’s a business issue and the business people want to know the answer—and it doesn’t look right if you don’t. People understand they have products and that they filed patents that were supposed to cover the products, but, often, no one is sure if the patent, as issued, actually covers the product in the end.”

Carlo Cotrone, Senior IP Counsel at Baker Hughes, a GE Company, confirmed that this can be particularly problematic for larger companies. “What often seems to be the case is that one just starts receiving invention disclosures and the process starts unfolding, but the fundamental ‘why’ questions sometimes don’t get asked. You have well-oiled machines that are doing a lot of the important things but are failing to realize the full potential.”

At Baker Hughes, Cotrone avoids this by having periodic audits and making sure that outside counsel is deeply involved in asking questions at every stage. “The approach we take is to ensure we have the right people in the room; we have product managers and business people working hand in hand with technologists on patent decision committees to get multiple perspectives.”

Smaller companies can experience problems due to the fact that there is rarely anyone internally dedicated to IP strategy, but Gulliford was quick to point out that big companies are far from immune to this problem. “I see a lot of big companies that are siloed by technology areas, so each department operates like a small company,” Gulliford said. When those silos don’t each have someone focusing on IP strategy, “what happens is you don’t stay up to date as you file more and more applications. There’s not a cohesive strategy or someone asking why you’re filing things and what the value is.”

IPWatchdog Founder and CEO, Gene Quinn, asked Cotrone and Gulliford how companies should approach identifying the best innovations for filing patents. “You’ll often see portfolios heavily dominated by C-rated patents,” said Quinn. “Maybe they’re just filed to give inventors appreciation—that’s fine, but you really need to think about whether they are worth it in this climate. You can’t walk into a boardroom anymore and say, “We have 30,000 patents” and scare anyone.”

Cotrone said that tactics such as creating scoring criteria and, again, having the right people in the room can “help to enforce rationality” in the face of overly enthusiastic inventors.

Gulliford, however, disagreed that striving for volume is always a bad thing:

“Part of the IP strategy is serving the larger business purpose, and for companies trying to prove themselves to the investor community, a lot of patents sounds good. There’s a role in playing to the perception of the market as you develop your strategy. You also have to keep in mind that we often don’t know what the C-patent is until years later. A lot of patents do have a basis when they’re initially filed but ultimately end up being C-patents.”

The panelists also approached the question of whether there is still a market for licensing and selling patents in the post-America Invents Act (AIA) world. All three attorneys agreed that there is, but that value has gone down. “In light of the AIA, what inter partes review has done is remove any confidence in the title of the asset,” said Gulliford. “If you couldn’t be guaranteed title to a house, you’d pay a lot less money; that’s what’s happening to patents.”

Cotrone added: “There’s more emphasis on perceived quality. Gone are the days where just getting a patent would seem to promise a return of any significance.”

Because Gulliford and Cotrone have each authored articles in which they’ve quoted Socrates’ advice to “know thyself,” Quinn asked both panelists to explain what that meant to them in the context of creating an IP strategy.

“It means having an IP team of more than one, where you’re thinking in a broader sense in order to rise above day-to-day execution,” said Cotrone. “You need to understand who you are and who you want to be in order to be a visionary. Roll up your sleeves, get in the trenches, and be extremely intentional moving forward.”

Gulliford said that “know thyself” means taking the time to know and understand what the company has from a business and product point of view, since “the role of IP is to protect products and incentivize investors to invest in those products.”

Listen to the full archived recording of this webinar and download the slide deck for free here.