Result: Infringing acts committed on servers stored in a third-party ISP’s facility may constitute a regular and established place of business, sufficient to satisfy venue. 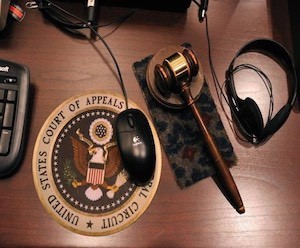 The Federal Circuit recently elected not to decide en banc “whether servers are a regular and established place of business, such that venue is proper under 35 U.S.C. § 1400(b). In re: Google LLC, No. 2018-152 (Fed. Cir. Feb. 5, 2019) (Before Prost, Chief Judge, Newman, Lourie, Dyk, Moore, O’Malley, Reyna, Wallach, Taranto, Chen, Hughes, and Stoll, Circuit Judges) (Dissent by Reyna, Circuit Judge, joined by Newman and Lourie, Circuit Judges).

SEVEN Networks, LLC’s (SEVEN) patent infringement suit against Google arose in the Eastern District of Texas. SEVEN alleged Google’s servers, stored in a third-party ISP’s facility, where the allegedly infringing activities occurred, were a regular and established place of business, such that venue is proper under 35 U.S.C. § 1400(b).

Dissent Warns Against Kicking the Can Down the Road

The dissent began by noting “[m]andamus review is part of our bedrock supervisory duty as an appellate court to ensure proper judicial administration.” The dissent further noted, “[g]iven the nature of our exclusive subject-matter jurisdiction over federal questions involving patent law, this court in particular has a vital supervisory and instructional duty to further the goals of uniformity and predictability that are ‘the cornerstones of a well-functioning patent system’ and part of the reason for this court’s very existence.”

“The bar apparently already views the denial of the petition at the panel stage as a signal that it is safe to file more cases against Google and similar defendants in the same district. At the time of filing of the petition for rehearing, Google had been sued thirteen more times in the same district under the same venue theory since October 29, 2018, the date that we denied the petition for mandamus. [] That number now stands at thirty-four. I count that as trending.”

The dissent further explained that the district court’s holding could be read as another expansion of § 1400(b) and “essentially reestablish nationwide venue, in conflict with TC Heartland, by standing for the proposition that owning and controlling computer hardware involved in some aspect of company business (e.g., transmitting data) alone is sufficient.”

Finally, the dissent reasoned that the question would eventually be taken up by the Federal Circuit and that, by denying the question now, judicial and party resources would be wasted:

“By the time we eventually decide these questions, it is possible that dozens of cases will proceed through motion practice, discovery, claim construction, or trial before potentially getting thrown out by a reversal of a ruling on a motion to dismiss for improper venue.”