Current U.S. tariffs have caused economic and workforce challenges for the wireless industry, especially for the application sector and start up community. 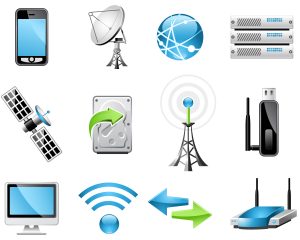 On February 13, global policymakers and technology company representatives gathered in Washington, D.C. at Google’s offices for the Women’s High-Tech Coalition (WHTC) Third Annual “Women of Wireless” dialogue. The speakers represented companies including Google, Verizon, and Qualcomm, as well as major industry organizations such as the Cellular Telecommunications and Internet Association (CTIA) and the Consumer Technology Association (CTA), and discussed the various infrastructure, policy, and privacy challenges facing the industry in the race to 5G-implementation.

The WHTC is a nonprofit, non-partisan organization that “promotes the exchange of ideas among leaders in the public and private sectors whose focus is technology, innovation, and the development of public policy related to technology.”  Founded in 2000, it is led by Congressional Co-Chairs, Senator Amy Klobuchar (D-MN), Senator Deb Fischer (R-NE) and Representative Susan Brooks (R-IN-5th) and Representative Suzan DelBene (D-WA-1st).

With a record number of women elected to the 116th Session of the U.S. Congress and recent White House Executive Orders on technology issues— including this month’s “Maintaining American Leadership in Artificial Intelligence (AI),” an expected executive order on 5G technology, and likely Congressional briefings and hearings focused on wireless innovation—the WHTC is an integral network of stakeholders to discuss these issues and to develop opportunities for strategic partnerships and shared initiatives.

The Women of Wireless panel featured policy experts Jaime Hjort of CTIA, Michone Johnson of Verizon, Tiffany Moore from CTA, Megan Anne Stull of Google, Alice Tornquist of Qualcomm, and was moderated by Paula Timmons of Paula Timmons Consulting. After remembering the legacy of U.S. House of Representatives member John Dingell (D-MI)—who passed away February 7 as the longest-serving Congressperson in American history and who was a champion for technology, especially wireless innovation—the panelists addressed the lightning fast trajectory of the industry.

Wireless technology has evolved rapidly over the past 20 years, which has provided increased access, connection and opportunity for consumers, including in rural communities. The panel provided an historical recap of the “G” technology, beginning with 1G, which was comprised of a brick phone, followed by 2G phone technology, which included a phone with a voicemail button and the start of messaging technology. The 3G era for phones brought opportunities for more data and was led by European innovation, including web browsing and texting on the eponymous Blackberry device. The next phase of innovation led to 4G with LTE (long term evolution), which led to the start of the “app” industry and increased deployment of smart phones.

We are now moving quickly into the fifth generation (5G) world for wireless technology—a prospect that elicited excitement from the panelists. Johnson of Verizon said that her company has 5G available for use in portions of five cities, with wider implementation forthcoming. She said that 5G will be a key component in the expansion of smart cities, and further, that Verizon is partnering with businesses such as The New York Times on 5G initiatives.

Qualcomm’s Tornquist has been working on 5G for over 10 years with a focus on making sure the wave is functional, which is crucial for 5G. Further, considering the shrinking size of wireless devices, Qualcomm has been focused on ensuring the technology will fit into the new mobile devices.

Representing one of the key associations in the wireless industry, Hjort of CTIA said that several companies in addition to Verizon are providing 5G in certain regions—the new technology has already been deployed in a total of 10 states. Hjort said that 5G is reported to be 100 times faster, allows increased capacity for connection to Internet of Things (IoT) technologies, and is expected to have fewer service delays. Further, the expansion of 5G is leading to the development of a hospital in Chicago that will be 5G-enabled, with further details forthcoming. The opportunities for strategic partnerships to deploy and implement 5G technology with the private sector and local governments will continue to increase.

CTA’s Moore explained the opportunities for businesses, including her member companies (as seen at the Consumer Electronic Show), to use 5G to deliver services and connections to consumers, particularly in rural communities, at faster speeds.

Stull of Google focused on the opportunities for 5G technology implementation for use with Google developed devices. She further advocated for increased unlicensed spectrum or lightly licensed spectrum to expand access for consumers.

With the further expansion and implementation of 5G technology, it is likely that there will be continued government engagement and increased interest in wireless policy. The panelists said that the spectrum plan released by President Trump in October 2018 was helpful, as it provides a roadmap for the use and deployment of licensed and unlicensed spectrum, including some guidance to agencies. They added that this may help provide further certainty about a schedule for access to spectrum, which is an area that is crucial if the U.S. wants to be a global leader in wireless technology.

However, Tornquist emphasized that there is a definitive need for more mid-band spectrum in the U.S. Stull also said there is a need for spectrum sharing, and underscored Google’s interest in an increase of all three types of spectrum: licensed, unlicensed and lightly licensed. Further, in late January, the National Telecommunications and Information Administration (NTIA) in the United States Department of Commerce released the comments the agency received on the development of a comprehensive, long-term National Spectrum Strategy. The U.S. spectrum strategy will continue to develop, but the panelists said the U.S. needs more spectrum now in order to keep pace with Europe.

In addition to increasing spectrum and the need for faster connectivity, the physical infrastructure across the country needs to evolve in order to support 5G technology. Panelists noted the immense need to build towers and support cells, which requires updates to infrastructure and changes to zoning regulations. Members of Congress have indicated bipartisan support for improvements and support for infrastructure via possible legislative action, but further movement is still needed. Further, the panelists emphasized that changes in infrastructure may provide additional opportunities for jobs, strategic partnerships, and economic development.

The state-of-the-art innovation 5G technology,  the need for a secure wireless network ever more crucial. Hjort said that 5G is the most secure network yet, and other panelists indicated collaborative work with government on security initiatives and frameworks, adding that they expect a White House Executive Order focused on security in the next few weeks.

Consumer privacy and access to data remains a key issue for review by the U.S. Congress, especially with the implementation of the European Union’s General Data Protection Regulation (GDPR) last year and California’s new privacy legislation. Moore said that, as Congress reviews this issue and seeks to create a potential federal privacy standard, the bill will need to be flexible so that it does not impede the growth of small businesses and create an undue burden for entrepreneurs. Additionally, Johnson of Verizon further discussed how a privacy standard must be balanced to allow businesses to use data to assist while also providing consumer protection. The panelists agreed that protection and support for the consumer is key, but that innovation must also be allowed to flourish.

As wireless technology evolves, the goal is to continue the U.S. lead in innovation. However, the panelists said that current U.S. tariffs have caused economic and workforce challenges, especially for the application sector and start up community. While 5G innovation is helping with jobs globally, the U.S. tariffs have caused increased economic challenges and led to job losses and decreases in innovative activity.

Ultimately, the U.S. government and the private sector will continue to work cooperatively to ensure safety and security for consumers, and Congress will likely explore development of a federal privacy standard, with input from stakeholders. The panelists agreed that wireless technology innovation will continue to be helpful for consumers both from an economic and jobs perspective and will provide exciting opportunities for citizens to connect with one another in new ways.