Federal Circuit Addresses Whether Anticipating Prior Art Reference is ‘By Another’ as Described in 35 U.S.C. § 102(e) 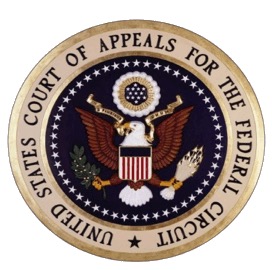 The Federal Circuit recently overturned a Patent Trial and Appeal Board (Board) inter partes review decision finding that an IPS Group (IPS) patent was not unpatentable as anticipated, holding that the Board erred when determining the inventive entities of the asserted IPS patent and the asserted prior art, which was a different IPS patent that shared an inventor with the other IPS patent. See Duncan Parking Techs. v. IPS Group, Inc., Nos. 2018-1205, 2018-1360, 2019 U.S. App. LEXIS 3137 (Fed. Cir. Jan. 31, 2019) (Before Lourie, Dyk, and Taranto, J.) (Opinion for the Court, Lourie, J.).

A patent is anticipated under 35 U.S.C. § 102(e) if “the invention was described in . . . a patent granted on an application for patent by another filed in the United States before the invention by the applicant for patent.” If an invention is made jointly by two inventors, it cannot be considered the sole invention of either inventor individually.

The Board held that, while Schwarz contributed to the creation of at least some of one figure in the ’054 patent, the Board was “skeptical that the general recitation in [the claims] . . . constitue[d] more than what Mr. King broadly envisioned.” Additionally, the Board found that DPT’s anticipation argument relied on content of the ’054 patent that was clearly outside anything associated with the figure Schwarz contributed to. The Board ultimately held that King was the sole inventor of the ’054 patent, and therefore ’054 did not anticipate the ’310 patent as to render it unpatentable. DPT appealed the Board’s inter partes review decision, and IPS appealed the district court’s summary judgment decisions on non-infringement.

The Federal Circuit reversed the Board and sided with DPT, finding that the ’054 patent anticipated the challenged claims of the ’310 patent. Federal Circuit precedent held that the reference in Section 102(e) to “by another” means that “an application issued to the same inventive entity cannot qualify as § 102(e) prior art.” See, e.g. EmeraChem Holdings, LLC v. Volkswagen Grp. Of Am., Inc., 859 F.3d 1341, 1345 (Fed. Cir. 2017) (emphasis added).

The Court affirmed the district court’s grant of summary judgment with respect to the ’310 patent, but vacated summary judgment of non-infringement on the ’054 patent. The Court took issue with the district court’s claim construction of “receivable within” with respect to the ’054 patent. The district court construed the term to mean “capable of being contained inside,” but when applied that construction as meaning “capable of being contained [entirely] inside.” The Federal Circuit held this narrow reading was narrower than the plain meaning of the term and was unsupported by the specification or prosecution history. Moreover, this narrow construction excluded the preferred embodiment of the ’054 patent. Accordingly, the Court vacated the grant of summary judgment with respect to the ’054 patent and remanded for further proceedings consistent with the Court’s revised claim construction.