If the Federal Circuit is not going to fulfill its independent, constitutional judicial role to properly interpret the limited holdings of Supreme Court patent eligibility decisions and stop killing real and momentous innovations, all the progress and momentum we have seen under Director Iancu will be lost. 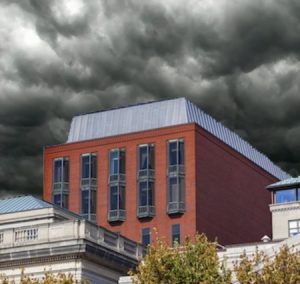 ! Another patent whose claims have been invalidated at the Federal Circuit—predictably, another medical diagnostic patent. Athena Diagnostics v. Mayo Collaborative (Fed. Cir. Feb. 6, 2019). This is getting old, tired and fundamentally ridiculous. The statute, which is all of one-sentence long, specifically lists discoveries as patent eligible. So why are discoveries being declared patent ineligible? To the extent these decisions are mandated by the Supreme Court, they directly contradict the easy to understand and very direct language of the statute.

The Federal Circuit is wrong, period. Perhaps they are so close to these cases and trying so hard to do what they think is right that they have lost perspective, but these rulings are fundamentally saying that discoveries are not patent eligible. We are told repeatedly that they are mandated by Supreme Court precedent. Obviously, that cannot be correct. The statute says: “Whoever invents or discovers… may obtain a patent…” Clearly, Congress wants discoveries to be patented, and in our system of governance, Congress has supremacy over the Supreme Court with respect to setting the law unless the law is unconstitutional. 35 U.S.C. 101 has never been declared unconstitutional, so discoveries must be patent eligible, period.

This shouldn’t be shocking, though. In the age of advanced science and medicine, and on the cusp of predictions that, thanks to advances in treatments and cures, humans will be able to one day—perhaps soon—live to be 140 or 150 years old, it makes no sense for the diagnostic innovations that will eventually lead to these treatments, devices and cures to be patent ineligible. Without a patent, these won’t be created or commercialized. The Cleveland Clinic, for example, has abandoned medical diagnostics because they cannot obtain funding for their startups based on such technology.

Consider, for example, that in Mayo v. Prometheus the Supreme Court was faced with patent claims that were extraordinarily broad and practically claimed a natural law. No one in the patent community thought for even a moment that the patent claims at issue in that case were novel or nonobvious, or even that the patent adequately described the innovation being claimed. Yet, the Supreme Court took the opportunity to invalidate the claims as being patent ineligible because the claims at issue added so little beyond observing the natural law that the defined claim couldn’t possibly be worthy of a patent.

Consider, for example, that in Alice Corp. v. CLS Bank International the Supreme Court was faced with patent claims to a claimed invention that related to computerizing the function of what was essentially, in the view of the Supreme Court, a checkbook register. The Supreme Court during oral argument was even told—not once but twice—that the invention could have been coded by a second-year engineering student over a weekend. Obviously, as admitted by the attorney representing the inventor before the Supreme Court, this was not at all revolutionary. Indeed, if anything can be coded so that it actually works without bugs and is ready for release over a weekend, the code must be extraordinarily trivial. Second-year engineering students have taken, at best one, or maybe two coding courses, and a single weekend of coding isn’t even enough time to code a minimally complex e-commerce website that does nothing at all new. Coding anything just takes time.

With the two central cases considered by the Supreme Court covering “innovations” of a truly trivial magnitude, what exactly do these decisions say about innovations relating to artificial intelligence or machine learning? What do they say about a life sciences invention where all the judges on the Federal Circuit acknowledge that the invention is one of the most important medical innovations of our time, but simply not patent eligible? How can these decisions have any relevance or application with respect to real innovation?

It is time to face the facts—the Supreme Court has considered only bad cases, with bad facts, where there was really no innovation presented in the claims, or even in the patent application as a whole. These decisions have absolutely no meaning or proper application with respect to any inventions, let alone inventions of monumental complexity such as true artificial intelligence, autonomous vehicles, or new medical diagnostics that allow risk-free testing of common ailments, where previously existing tests required potentially catastrophic risk.

It is long past time for the Federal Circuit to do the right thing. Footnote 4 from the February 6 majority opinion in Athena Diagnostics v. Mayo Collaborative explicitly agrees with the dissent, but finds that the Supreme Court precedent does not allow for a different decision, and since a previous panel felt similarly compelled not to distinguish the non-invention in Mayo v. Prometheus from the revolutionary invention present in Ariosa Diagnostic v. Sequenom, 788 F.3d 1371, 1376 (Fed. Cir. 2015), this panel is restricted and must find the claims patent ineligible. But what about Rapid Litigation Management v. Cellzdirect, 827 F.3d 1042 (Fed. Cir. 2016)? What about Vanda Pharmaceuticals, Inc. v. Westward Pharmaceuticals, 887 F.3d 1117 (Fed. Cir. 2018)? There are judges on the Federal Circuit who are well capable of distinguishing the non-inventions of Mayo and Alice with the truly compelling inventions that are being presented in the numerous cases where claims are being unceremoniously invalidated under the guise of a mandatory precedent that is simply not present.

Iancu Can’t Do it Alone

“I would urge the [Federal Circuit] to reassess Supreme Court precedent and see if it is really that restraining,” said United States Patent and Trademark Office Director Iancu of Athena v. Mayo, at the Inventing America conference on February 12 in Washington, D.C. at Covington Burling.

There is great optimism among patent owners and innovators that things are changing and will continue to improve at the USPTO under Director Iancu’s guidance, but he is just one decision maker. Much of the industry is behind him, and his energetic support for a better, fairer, more predictable patent system has given many courage to follow him, stand up and speak, including both industry leaders and politicians. So far, he has been literally carrying the banner of patent protection with the industry following. But we are rapidly reaching the point in time where he is going to need the kind of help the industry cannot provide. If the Federal Circuit is not going to fulfill its independent, Constitutional judicial role and actually properly interpret the limited holdings of Supreme Court patent eligibility decisions and stop killing real and momentous innovations, all the progress and momentum will be lost.

Of course, there is another option, which is Congressional patent reform that overrules the Supreme Court and realizes that real patent reform that helps real innovators will be an economic stimulus package that helps America compete on the international stage. That message is getting through to many Members of Congress; Representatives Doug Collins (R-GA) and Hank Johnson (D-GA), both on the House Judiciary Subcommittee for IP, understand the importance of patents, as well as Representatives Steve Stivers (R-OH), Thomas Massie (R-KY) and Marcy Kaptur (D-OH), and others. Senators Chris Coons (D-OH), Dick Durbin (D-IL) and Mazie Hirono (D-HI) are also supporters of innovators and on the Senate Judiciary Committee.

Still, patent reform that benefits innovators in the 116th Congress will be a heavy lift. It will take time—likely, too much time, before things shutdown for the 2020 election cycle. That doesn’t mean we shouldn’t try to persuade Congress, planting a seed for the 117th Congress and hoping for the best during the 116th Congress. However, it does mean the battle will likely be won, or lost, over the next several years in the courts. And that means the Federal Circuit.

A Plea to the CAFC

To the Federal Circuit: Director Iancu is asking for fresh eyes on the relevant precedent. That ask seems both fair and reasonable. When was the last time you read Mayo and Alice cover to cover? Perhaps now is a good time to do just that, followed by an all-judges session to discuss. The industry—the U.S. economy—needs the Federal Circuit to get on the same page with respect to patent eligibility. Director Iancu has set forth a plausible test under Supreme Court and Federal Circuit precedent for both Steps 2A and 2B of the Alice/Mayo framework. Considering that framework in light of the truly limited holdings in Mayo and Alice, directed to poor, non-inventive claims, is necessary in order to provide certainty—which is, after all, the role of the law.