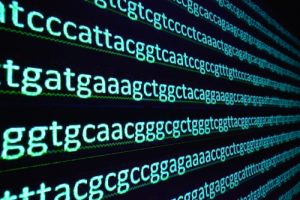 Bioinformatics is a growing interdisciplinary technological field in which computing and software resources are applied to biological data and solve biological problems. For example, bioinformatics can be used to predict protein sequences through analysis of large databases of biological data to enable the development of new drug therapies. Advances in computing and software, like artificial intelligence (AI), open increasing possibilities in bioinformatics. Bioinformatics is growing rapidly—the market is predicted to exceed $16 billion by 2022. As with most growing industries, mechanisms that protect and promote innovations are key to supporting that growth. Thus, it is no surprise that the number of patent applications filed and assigned to the designated bioinformatics art unit was 40% higher in 2017 than it was in 2010.

Despite this significant increase in applications, for the last five years, the subject-matter-eligibility requirement (codified as 35 U.S.C. § 101) of the U.S. patent law has been particularly vexing to applicants of computer-related inventions like bioinformatics. The requirements of 35 U.S.C. § 101 have not changed since the passage of the Patent Act of 1952. Yet, in the 67 years since its passing, and with increasing development of computer-related technologies, numerous Federal Circuit (or Court of Customs and Patent Appeals) and Supreme Court decisions have set forth new interpretations of Section 101 as it pertains to patent applications focused on computers and software. The Supreme Court’s most recent Section 101 decision, Alice Corp. v. CLS Bank (issued in 2014), held that claims related to an electronic escrow service were abstract ideas that were ineligible for patent protection. The Court found that mere implementation of an abstract idea on a computer system was insufficient to find the claims patent eligible. The Court set forth a two-part test in which it is determined whether the claims (1) are directed to an abstract idea and if so whether (2) the claims are significantly more than the abstract idea.

Alice had a near-immediate impact on the prosecution trends for some computer-related art units. The largest impact was observed in business-method art units, where eligibility rejections began appearing in the vast majority of office actions and allowances became very scarce. The effect on applications from most other computer-related was initially muted, likely due to the patents at issue in Alice having been examined in business methods. Yet, as time progressed, and as the Federal Circuit held patents from other USPTO Technology Centers to be invalid in view of Alice, these trends spread to other software-related art units at the patent office.

Our previous research that characterized this spread was largely confined to computer-related technology centers (e.g., Technology Centers 2100, 2400, and 2600) and the business-method art units. While these areas of the USPTO examine the vast majority of computer- and software-related applications, a single art unit at Technology Center 1600 is designated to examine an interesting and increasingly popular type of technology. Specifically, patent applications with primary focuses pertaining to bioinformatics and computational biology are to be assigned to art unit 1631. These interdisciplinary fields use computers and software to manage, analyze, and develop biological data and is becoming increasingly valuable to, for example, leverage vast amounts of data to improve or enable gene sequence, drug discovery/design, protein structure prediction etc.

As noted, bioinformatics and computational biology are highly tied to software, so, potentially, examination of the applications in art unit 1631 would be affected by the recent software-focused case law on patent eligibility. However, art unit 1631 is grouped with art units focused on biology and organic chemistry innovations in technology center 1600, so potentially these cases would have a smaller impact in this art unit as compared to other software art units.

Looking at the Data

We aggregated the data separately across business-method art units, Technology Center 1600, and art unit 163,1 and by quarter in which the action was issued. We then calculated time-series statistics to identify trends over time. 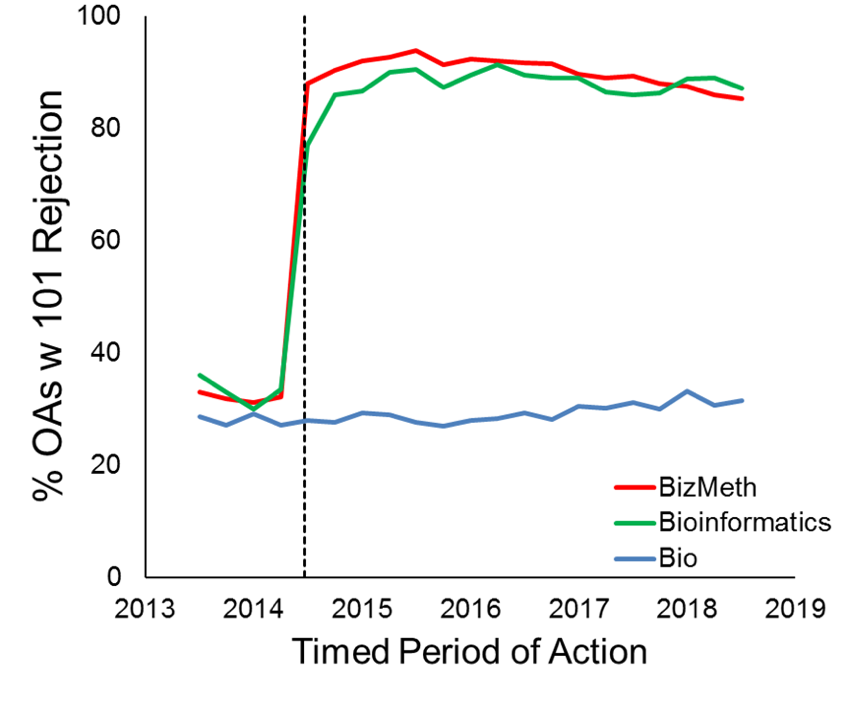 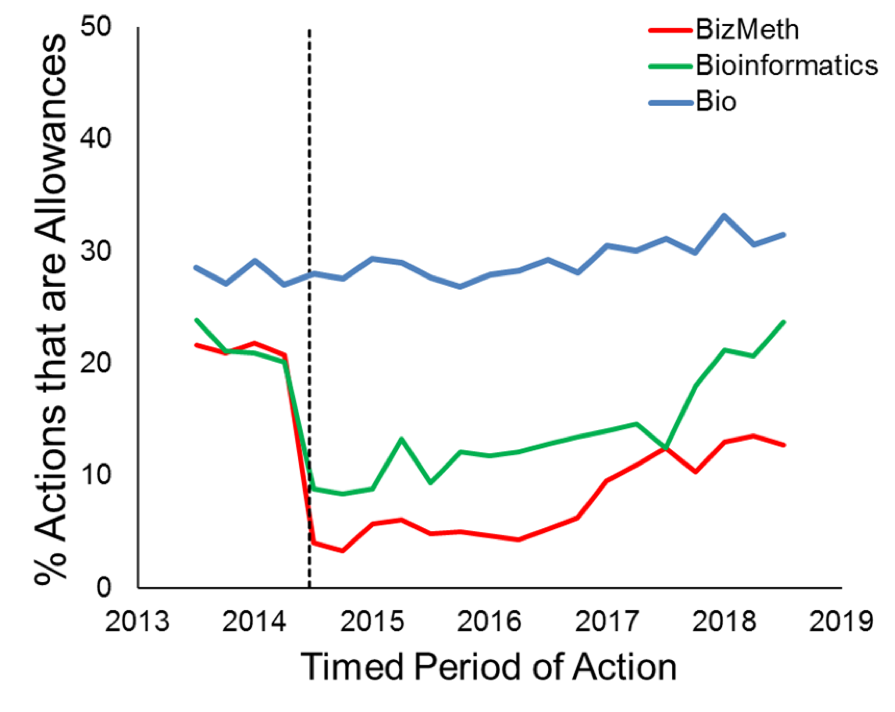 The advancements in bioinformatics are paving the way to efficiently identify effective new drug therapies, to better understand disease underpinnings, and to improve the potential for personalized medicine. Put a different way: the computer-based field of bioinformatics has and will continue to quickly and substantially advance medicine. Bioinformatics patents provide a mechanism to protect innovations in this field while encouraging public disclosure and collaboration. Our data indicates that Alice had a short-term effect of making it harder to patent bioinformatics innovation, which is a change that may have resulted in stunting R&D in this area and stunting progress. However, the allowance prevalence soon after began to gradually recover to levels now exceeding pre-Alice levels. We hope this trend continues to improve to promote and protect new bioinformatics innovations.

IPWatchdog will be presenting a free webinar sponsored by LexisNexis PatentAdvisor® on this topic. Join Gene Quinn, patent attorney and the President & CEO of IPWatchdog, Inc., on Thursday, March 7, 2019, at 12pm Eastern for a free webinar discussion of bioinformatics patents, patentability and drafting practices. Joining Gene will be Dr. Kate Gaudry, the author of this article, and John White, patent expert, lecturer and partner with Berenato & White. Registration will soon be open. Stay tuned!