How Can I Sell an Idea for Profit? Unlocking the Idea-Invention Dichotomy

Can you sell an idea? The short answer is yes, if you have a good idea and you do it properly. Just don’t expect to be able to rush to the finish line and receive a check before running the race. Responsibly moving from idea to invention to filing a provisional patent application is the recipe to follow. 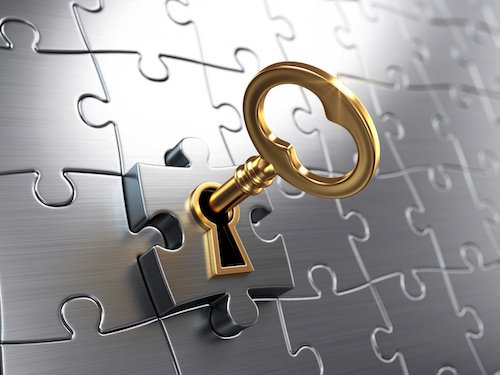 Selling an idea and waiting for lottery-like winnings to arrive at your doorstep seems to be the American dream. It is certainly the dream of every inventor, and it is a dream fanned by late night television commercials that suggest all you need is an idea and companies will be falling over themselves to pay you for the rest of your natural life for the right to use it.

It all sounds too good to be true! Well, that’s because—in its most simple terms—it is. That doesn’t mean there isn’t a kernel of truth to the story. There’s just a little more to it than suggested by those late night commercials.

Let’s begin with a simple question: Can you sell an idea for profit? The short answer is yes, absolutely. And, if you come up with the right idea, you can make a very handsome profit. But there is a bit of a catch (or problem really). The problem (or catch) has to do with the definition of what qualifies as an idea worth paying for and what qualifies as something too vague to be worth anything.

The top definition for idea on Google reads: “a thought or suggestion as to a possible course of action.”

Merriam-Webster defines idea as: “a formulated thought or opinion… a plan for action.”

Dictionary.com defines idea as: “any conception existing in the mind as a result of mental understanding, awareness, or activity… a plan of action; an intention…”

While they share some commonality, these are all quite different definitions for what is, generally speaking, a rather simple word; a word that we typically think we learn the meaning to very early in life. This is why what seems like such a simple and straightforward question requires a bit of explaining.

Further complicating the question is the fact that the term is used very differently by legal and licensing professionals than it is by ordinary people in everyday conversation. In fact, if you ask five industry professionals whether you can sell an idea you are likely to get at least six different answers.

If you ask a patent attorney if you can sell an idea, the answer is likely to be some version of no. This is because when a patent attorney hears the question they immediately think about inventions. You cannot patent an idea—that is a well-established and unassailable legal truth. Of course, every invention starts with an idea. So, too does every product, device, gadget or service. But an idea alone is just not enough.

But who is correct? Again, the answer is not so simple. Both the patent attorney and the business professionals are correct.

In the patent world, you must have more than a mere idea to obtain a patent. There needs to be real substance involved. This is because, in order to ultimately obtain a patent, the inventor (or the inventor’s representative) will need to describe the invention so that it can be clearly understood, with all the variations and permutations described such that someone skilled in the relevant technology field or science could both make and use the invention without engaging in what is called “undue experimentation.” Your patent does not need blueprint-level detail or even engineering drawings that will describe how the invention will ultimately be manufactured. What is required, however, is instruction manual-level of detail. So, think back to that last frustrating “some assembly required” device or machine you purchased. Eventually you were able to put it together, but the instructions certainly were not step-by-step foolproof. The goal of the patent is to teach, not to be a manufacturing document.

Now, if you have an invention, and the patent application you filed defines your invention to the level required by the law, it is entirely possible that business people and licensing professionals will look at your adequate and thorough legal description and consider it little more than an idea. Why? Because to get a patent you do not have to have a working prototype and you do not need to provide any manufacturing detail. All you have to do is describe the invention on paper so that someone can understand the innovative contribution you claim as yours. There will be many steps between obtaining patent protection on an invention and actually rolling out a safe, affordable product that consumers will want to purchase. So, for the business person and licensing professional, it is easy to look at even the best patent or patent application and characterize it as an idea, or at best a foundational representation of what the product or gadget will ultimately be once it hits the market.

So, can you sell an idea? The answer is yes and no. If all you have is a mere idea that has no structure to it, there is realistically very little chance anyone is going to pay you anything. For example, thinking of the idea of creating an H.G. Wells time machine to travel back in time isn’t going to get you anywhere. The time machine is an extreme example because no one has any idea how to make one and the current state of scientific understanding suggests a time machine is an impossibility. So, let’s try this example: A hammer with an interchangeable head that allows it to perform multiple jobs.

If your idea is to create a hammer with interchangeable heads, and that is as far as you go, you are leaving out the critically valuable information that people are willing to pay for, which is how to bring this device into being. You cannot simply be an “idea person” and expect to be paid. You need to take that idea and begin to layer on specifics and nuances. What you are in search of is an invention. Remember, every invention starts with an idea, but an invention will be a nuanced and specific manifestation in a concrete and tangible form. Of course, that concrete and tangible form does not need to exist in the real world, but rather can take the form of description on paper accompanied by drawings that show the vision in your mind’s eye.

It is extremely difficult to sell a naked idea. It is likewise very difficult to sell an invention that has matured from an idea unless you have some kind of ownership pending. That is what a provisional patent can do. So, when you hear licensing experts like Stephen Key talk about licensing an idea without a patent, they are talking about licensing an idea that has matured into an invention and that has been established via a provisional patent application.

So, can you sell an idea? Yes, if you have a good idea and you do it properly, you can. Just don’t expect to be able to rush to the finish line and receive a check before running the race. Responsibly moving from idea to invention to filing a provisional patent application is the recipe to follow.

For more information on this and related topics please see Invention to Patent 101: Everything You Need to Know to Get Started and 10 Critical Pieces of Advice for Inventors.