The PTAB not only assented to Mirror Imaging’s suggestion that a five-page brief be entered in advance of the hearing addressing the impact of the Revised 101 Guidance but added that parties may submit one brief for each of the four CBM review proceedings which were petitioned by Fidelity. 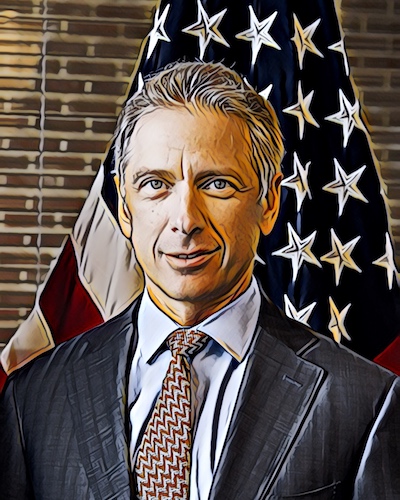 Director Iancu has said for months that he wants the USPTO to “speak with one voice.” With the PTAB accepting briefing on the importance of the Revised 101 Guidance, he may be getting his wish.

On January 10th, the Patent Trial and Appeal Board (PTAB) entered an Order granting additional briefing in a series of covered business method (CBM) review proceedings challenging patents owned by Mirror Imaging, LLC. The order follows a teleconference between the PTAB, Mirror Imaging, and petitioner Fidelity Information Services to discuss the effects of the 2019 Revised Patent Subject Matter Eligibility Guidance published a few days prior in the Federal Register. This is potentially big news and could be a signal the Director Iancu’s initiatives to have the Office “speak with one voice” are succeeding.

“It has always seemed illogical and unfortunate to me to suggest that the PTO should have differing Section 101 standards depending on whether you are on the Patent Office side or the PTAB,” explained Todd Dickinson, former Director of the USPTO and senior partner at Polsinelli when reached for comment on this development. “The Agency should speak with one voice, to avoid confusion at a minimum, and that would be the new Guidelines.”

Without diving into the merits of the CBM review, this series of events began with a teleconference. During that teleconference the patent owner Mirror Imaging suggested that each party file a brief addressing the revised guidance on subject matter eligibility and its impact on the pending CBM proceedings, with briefing not to exceed five pages. Not surprisingly, the petitioner Fidelity argued that additional briefing was unnecessary.

After that teleconference, the Order issued by the PTAB granted Mirror Imaging’s request that a five-page brief be entered in advance of the hearing, but also added that parties may submit one brief for each of the four CBM review proceedings which were petitioned by Fidelity. The PTAB’s Order further granted an extra 15 minutes of argument time to address issues raised by the additional briefings in the case. The parties’ presentations must be limited to those arguments and evidence raised in the briefs submitted.

The revised guidelines, first announced by USPTO Director Andrei Iancu last year and recently published in the Federal Register, relate to the procedures used by the Office, including those employed by the PTAB, to determine whether a patent claim is directed to judicial exceptions, such as laws of nature, natural phenomena or abstract ideas. There are two major aspects to this revision. First, abstract ideas may now be grouped into categories such as mathematical concepts, methods of organizing human activity or mental processes. Second, a patent claim reciting a judicial exception isn’t found to be directed to that exception if that exception is integrated into a practical application. These revised guidelines impact the first step of an examiner’s or administrative patent judge’s (APJ’s) application of the two-step Alice/Mayo framework for determining subject matter eligibility of patent claims under Section 101 of U.S. patent law.

“The guidelines are generally considered more favorable to inventors and should result in more patent grants. A welcome change,” said Russ Slifer, former Deputy Director of the USPTO and current principal with at Schwegman Lundberg & Woessner. “The panel decision to extend briefing may provide the Federal Circuit an opportunity to address the guidelines before too many patents are issued in reliance on them.”

Bob Stoll, former Commissioner for Patents and current Co-Chair of the Drinker Biddle IP Department echoed Slifer’s comments, applauding the new guidance and saying it is a step in the right direction, but saying it is unclear how courts will interpret the guidance once given a chance. “An early decision on these matters will add needed certainty to the patent system,” Stoll told IPWatchdog. “And all parts of the Office should be bound by guidance from the Director of the Office!

In an email sent to IPWatchdog.com, Schulze added: “I have a feeling that this is groundbreaking as far as the PTAB is concerned. I hope this is the beginning of a more USPTO team-oriented, proactive, and forward-looking PTAB under the guidance of Director Iancu.”

It does seem as if this could be a pivotal moment in the history of the PTAB specifically, and the USPTO more generally. If Director Iancu can achieve the goal of having the Patent Office speak with one voice, with patent examiners and the PTAB all following the same law and guidance, he will have achieved a united Patent Office that has been elusive, but desperately needed.