The Solicitor General is arguing that Erik Brunetti has no right to require the government to register a scandalous mark or to inscribe the term on the Federal Register. Brunetti’s reply pushes back, pointing to instances where the USPTO approved trademark registrations for profane, excretory or sexual terms. 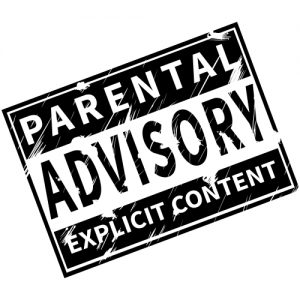 As mentioned yesterday, the U.S. Supreme Court on January 4th granted certiorari to take up Iancu v. Brunetti on appeal from the Court of Appeals for the Federal Circuit. The case asks the nation’s highest court to answer the question of whether the Lanham Act’s prohibition on the federal registration of “immoral” or “scandalous” trademarks is facially invalid under the First Amendment’s free speech clause.

The petition for writ from the Solicitor General on behalf of the U.S. Patent and Trademark Office was filed on September 7th of last year. The Solicitor General argued that the case merited review by the Supreme Court because the Federal Circuit’s decision invalidated an act of Congress. The Federal Circuit had decided that the scandalous or immoral trademark ban under Section 1052(a) of the Lanham Act was facially unconstitutional. Supreme Court precedence in cases such as Broadrick v. Oklahoma (1973) and Rostker v. Goldberg (1981) has held that declarations from the judiciary that Congressional acts are unconstitutional are significant and should be used as a last resort.

Further, the Solicitor General argued that the Federal Circuit erred in finding the Lanham Act’s scandalous marks provision unconstitutional. Although the Supreme Court’s decision in Matal v. Tam (2017) is related to the issues in Brunetti, that decision is not controlling in this case. The two major concurring opinions in Tam, penned by Justices Samuel Alito and Anthony Kennedy, ruled on the disparagement provision under Section 1052(a) without ruling on other viewpoint-neutral provisions, such as the scandalous marks prohibition. The Solicitor General argued that there was no abridgment of free speech under Section 1052(a), as the use of vulgar symbols or terms to market products is not illegal and such marks would have common law protections and Lanham Act remedies against false association or confusingly similar marks.

While respondent Erik Brunetti has a right to use the scandalous “FUCT” mark in commerce, the Solicitor General argued that he had no comparable right to require the government to register the term or inscribe the term on the Federal Register. The Federal Circuit erred by ignoring Supreme Court decisions on First Amendment effects on government subsidy programs, including those like the U.S. trademark system, which involves the provision of benefits other than money, in cases like Ysursa v. Pocatello Education Association (2007). Other errors at the Federal Circuit include both a failure to recognize that the U.S. trademark registration program operates exclusively in the sphere of commercial speech and dismissal of the government’s legitimate justifications for denying the benefits of federal trademark registration to marks that include sexually explicit content.

In a reply brief filed on November 8th, Brunetti argued that certiorari should be granted in this case on the question presented by the Solicitor General. Brunetti’s brief argues that the Supreme Court should decide how its own 1977 decision in Marks v. United States, which related to elucidating holdings from cases where no single opinion enjoys the assent of five Justices, applies to the plurality opinions in Tam. Therefore, a bright line rule on Marks would be beneficial.

Brunetti pushed back against the idea that the scandalous marks provision was viewpoint neutral because past trademark refusals under the provision have gone outside of profanity, excretory or sexual references. Brunetti also pointed to instances where the USPTO approved trademark registrations for profane, excretory or sexual terms. In denying Brunetti’s “FUCT” mark, the Trademark Trial and Appeal Board found that the term “objectifies women,” is “lacking in taste” and “offers degrading examples of extreme misogyny,” all of which imputes viewpoints onto Brunetti’s mark. Brunetti also argued that the government is advancing arguments explicitly rejected in Tam, such as the idea that federal trademark registration is a government subsidy or that the trademark itself represents government speech.

On December 11th, the Solicitor General filed a reply brief in which, after reiterating that Section 1052(a) was not a restriction on speech, he agreed with respondent Brunetti that the Supreme Court should consider whether the scandalous marks provision is unconstitutionally vague. The Solicitor General argued that the provision wasn’t vague as it doesn’t prohibit or penalize speech, which relaxes the standard on vagueness. Pushing back against Brunetti’s viewpoint claims, the Solicitor General noted that trademark examiners don’t rely on their individual, subjective views but rather are directed to consider the objective record of evidence to determine whether the public would find the mark scandalous.