IBM received 9,100 U.S. patents in 2018, marking its 26th year as the top U.S. patent holder. In the coming days, IPWatchdog.com will be publishing an in-depth interview with Manny Schecter and Mark Ringes of IBM that will in part examine the company’s approach to innovation leadership over the last 100+ years. 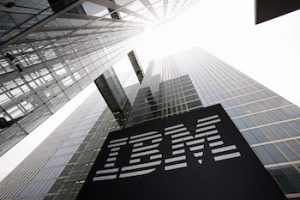 As it has for the past quarter century, IBM today topped the charts for U.S. patent holders, with 9,100 patents granted in 2018. This is the 26th consecutive year that IBM has claimed the number one spot on the annual list of U.S. patent recipients.

This year, nearly half of the patents the company received relate to hot button technologies such as artificial intelligence (AI), cloud computing, security, blockchain and quantum computing. IBM chairman, president and CEO Ginni Rometty said these inventions are indicative of the company’s commitment to “solving problems many people have not even thought of yet.”

Some of the particular innovations of the 2018 patents include helping AI machines to interact more conversationally with humans (Project Debater); more effective monitoring of aquatic ecosystems in order to better protect marine life; and a sophisticated system to combat voice phishing schemes.

Arvind Krishna, Senior Vice President, Hybrid Cloud, and Director of IBM Research said in an IBM blog post that a particular focus of the 2018 inventions was on climate change mitigation. “The outstanding innovations from IBM researchers around the world who contributed to this record patent year are truly leading the way for the future – helping to make business and society smarter, safer and more sustainable,” Krishna said.

According to IFI Claims Patent Services, which maintains the Top 50 U.S. Patent Filers list, the United States Patent and Trademark Office (USPTO) issued 308,853 Utility Grant patents in 2018, representing a 3.5% decline from 2017. U.S. companies received 46% of these, for a total of 142,072 patents granted to U.S. companies. At 4% of U.S. patents granted, Chinese companies grew their total patents granted by 12% over 2017, but all other countries declined.

IBM’s 9,100 patents represent an impressive 6.4% of total U.S. patents granted to U.S. companies. The new patents were granted to more than 8,500 IBM inventors in 47 different U.S. states and 48 countries.

In the coming days, IPWatchdog.com will be publishing an in-depth interview with IBM’s Chief Patent Counsel Manny Schecter and Vice President and Assistant General Counsel Mark Ringes that will in part examine the company’s approach to innovation leadership over the last 100+ years.