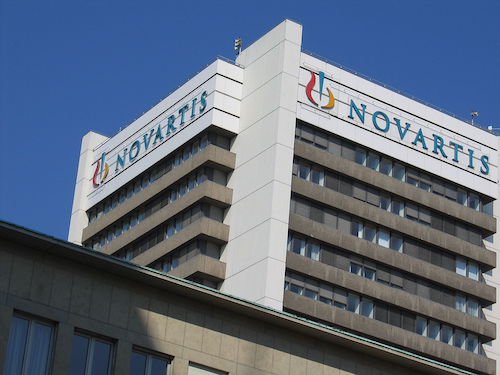 The United States Court of Appeals for the Federal Circuit recently affirmed a district court decision finding the ‘229 patent valid, unexpired, enforceable, and infringed, and granting an injunction until February 2019. Specifically, the Federal Circuit held that the ‘229 patent’s five-year term extension pursuant to 35 U.S.C. § 156 was valid, even though it effectively extended the term of a related patent. The Court also held that the ‘229 patent was not invalid based on obviousness-type double patenting because obviousness-type double patenting cannot invalidate a patent which has received a valid term extension. Novartis AG v. Ezra Ventures LLC, No. 2017-2284, (Fed. Cir. Dec. 7, 2018) (Before Moore, Chen, and Hughes, Circuit Judges) (Opinion for the court by Chen, Circuit Judge).

Ezra filed an Abbreviated New Drug Application (“ANDA”) for a generic version of Novartis’ multiple sclerosis drug, Gilenya. In response, Novartis filed suit against Ezra in the District of Delaware for infringement of the ‘229 patent, which claims a number of compounds including fingolimod, the active ingredient in Gilenya. The ‘229 patent was filed before the enactment of the Uruguay Round Agreement Act of 1994 (“URAA”) and as a result, was set to expire on February 28, 2014—17 years after issuance. Novartis filed for and secured a five-year patent term extension (“PTE”) for the ‘229 patent pursuant to 35 U.S.C. § 156, which was enacted as part of the Hatch-Waxman Act to offset the delays associated with obtaining regulatory approval for new drugs. Section 156 allows a patent owner to apply for a five-year extension of the patent term for a single patent. Novartis owned two patents related to the drug Gilenya—the ‘229 patent and the ‘565 patent which is directed to a method of administering Gilenya. Novartis chose to extend the term of the ‘229 patent, which will not expire until February 18, 2019, rather than the ‘565 patent, which expired on September 23, 2017.

At the district court, Ezra filed a motion for judgment on the pleadings making two primary arguments. First, Ezra argued that by extending the ‘229 patent term five years, Novartis effectively extended the patent term of the ‘565 patent five years in violation of Section 156 because the ‘565 patent cannot be practiced without the ‘229 patent. Second, Ezra argued that the extension of the ‘229 patent term rendered the patent invalid for statutory and obviousness-type double patenting because the ‘229 patent claims are not patentably distinct from the earlier-expired ‘565 patent. The district court dismissed each of Ezra’s arguments, noting that the language of Section 156 permits a patent owner to extend the term of a single patent; it says nothing about effectively extending the term of a second patent. Thus, it would be improper to read “effectively” into the statute. The district court also dismissed Ezra’s arguments about double patenting, noting that a motion for judgment on the pleadings is not the proper vehicle to decide Ezra’s double patenting challenge because factual issues, including claim construction, had yet to be decided. The district court also dismissed a third argument by Ezra that the public has a right to practice expired patents, noting that the “expiration of a patent does not grant the public an affirmative right to practice a patent; it merely ends the term of the patentee’s right to exclude others from practicing the patent.” Because Ezra failed to cite any authority or rationale for changing the policy behind patent rights, its challenge was not persuasive. Five months later, Ezra stipulated to infringement of the ‘229 patent if the district court found the claims not invalid, expired, or unenforceable, and stated that it would not present further evidence on the issues of statutory and obviousness-type double patenting. Novartis and Ezra subsequently filed proposed final judgments, and the district court entered judgment in favor of Novartis on all grounds.

Ezra appealed, arguing that (1) Novartis violated Section 156 by effectively extending the term of two patents—the ‘229 patent and the ‘565 patent; (2) the ‘229 patent is invalid due to obviousness-type double patenting because the term extension caused the ‘229 patent to expire after the patentably indistinct ‘565 patent; and (3) there are policy concerns with allowing a patent owner to extend his patent rights to an invention through a later-filed patent that is not patentably distinct from an earlier-filed patent.

The Federal Circuit first addressed Ezra’s argument that the extension of the ‘229 patent term violated Section 156 by effectively extending the term of the ‘565 patent because the ‘229 patent covers a compound necessary to practice the method claims of the ‘565 patent. In its analysis, the Federal Circuit focused on the language of Section 156, noting that:

Section 156(c)(4)’s language that ‘in no event shall more than one patent be extended under subsection (e)(1) for the same regulatory review period for any product’ was intended to limit a legally conferred PTE (not an ‘effective’ or ‘de facto’ PTE) to one patent selected by the patent owner. Here, only the ‘229 patent was selected and then legally extended with a certificate of extension…That the method of the ‘565 patent cannot be practiced during the ‘229 patent’s extended term is a permissible consequence of the legal status conferred upon the ‘229 patent by § 156.

The Federal Circuit agreed with the district court that there is “no reason to read ‘effectively’ as a modifier to ‘extend’ in the language of § 156(c)(4).” Because Novartis satisfied all of the statutory requirements for extending the term of the ‘229 patent, the extension did not violate Section 156.

The Court declined to invalidate the ‘229 patent based on obviousness-type double patenting and policy grounds and held that the ‘229 patent was entitled to the full term of its patent extension until 2019.

Obviousness-type double patenting does not invalidate an otherwise validly-obtained patent term extension (“PTE”) under 35 U.S.C § 156. A patent is entitled to the full term of its extension if the patent owner satisfied all statutory requirements in Section 156 and the patent is valid under its pre-PTE expiration date.