American Innovation at Risk: The New Congress Must Clarify Which Inventions Are Eligible for Patents 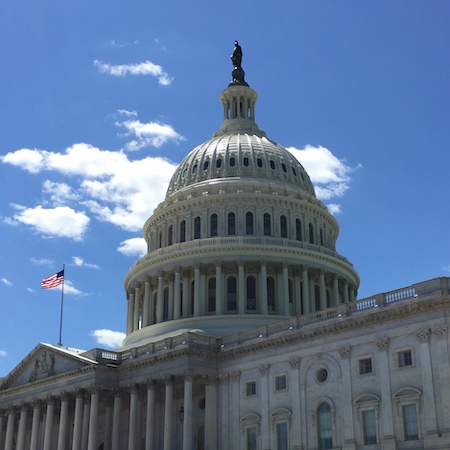 The U.S. Supreme Court has muddied the waters about patent eligibility in a way that threatens American innovation.  Capitol Hill is beginning to discuss this as a possible legislative issue for 2019.  Some would say it is as important as the intellectual property disputes in the tariff war with China.

Iancu is right. In a series of opinions culminating in the Alicecase in 2014, the Supreme Court departed from 200 years of traditional U.S. patent law.  Ever since 1793, section 101 of the Patent Act and its predecessors made an invention patent-eligible, subject to other requirements, if it fell within the categories of process, machine, manufacture, and composition of matter.

In the Alice line of cases the Supreme Court established the two-part test for section 101 that has become notorious among patent attorneys:  (1) whether an invention is directed at an “abstract idea” or “law of nature,” and (2), if so, whether the invention includes an “inventive concept.” The Alice test has led to chaos in the patent world. The opinion comingles the test for patent eligibility under section 101 with tests under other sections of the statute such as novelty and nonobviousness.

Abstract ideas (which means mere ideas) and laws of nature per sewere ineligible already.  Patent attorneys are mystified byAlice’s addition of its “inventive concept” and “well-understood, routine, conventional” requirements, and they are appalled by the thought that judges might decide those issues without evidence.

Obama patent head David Kappos has said it is now easier to protect software-related inventions in Europe and Asia than in the U.S.  He doesn’t like it that China may be giving better protection than the U.S.   Pre-Alice, this would have been Alice in Wonderland talk.

Director Iancu said, “Whether through legislation or otherwise, there is a growing consensus that the issue must be promptly addressed.”   But not everyone is on board.  A representative of the High Tech Inventors Alliance, a group of eight large Internet, computer, and software companies, published an article applauding Alice!  The author said the court clarified that using generic technology to computerize abstract ideas like business methods does not make the ideas themselves patentable.  But earlier cases had already made that clear.

The High Tech Inventors Alliance claims to be afraid that any modifications to Alice will subject them to lawsuits by “patent trolls,” which they allege extort settlements by suing on extremely broad and low quality patents.

The Alliance argues that Alice must have clarified the law because the volume of troll suits declined after Alice, but the argument does not prove a causal relationship.  It is just as likely that Alice caused owners to lose confidence in their patents or that suits declined because the Supreme Court’s Octane Fitness decision the same year made it easier to recover attorney fees in frivolous suits.

Reliable information on troll abuse is hard to come by. A former chief patent counsel at Eastman Kodak Co. once said the only accepted definition of a patent troll is “someone you don’t like.”

Director Iancu addressed troll phobia in a speech to the Eastern District of Texas Bar Association in October, criticizing those who scare people about the patent system with troll stories.  He didn’t say trolls are “imaginary” as reported by one association.  He said, “Instead, let’s work together to find narrowly tailored measures to eliminate only the faults in the system while promoting the vast amount of innovation America is capable of.”

Director Iancu is working to develop clearer guidance for his patent examiners.  He is doing the right thing and should be commended.  Ultimately, however, any clarification of Alice by the USPTO or the lower courts must be supported by the Supreme Court or Congress.  The Supreme Court might be up to the job, given enough time, but it would take multiple cases and many years.  In the meantime, Alice is affecting not only computer software and business method-related inventions, but other critical inventions including medical diagnostic methods.

Two of the largest patent specialty associations – IPO and the American Intellectual Property Law Association (AIPLA) – have suggested draft legislative language to clarify section 101 that several other associations have now endorsed.  The language would circumscribe Alice by codifying the only permissible exceptions to the four categories of eligible subject matter and eliminating comingling of section 101 and other sections.  The language does not used the term “abstract idea.”  Do you know of any ideas that are not abstract?

Intellectual property legislation traditionally is nonpartisan, which may make it a little easier to find a solution.  All members of Congress will support preserving the patent system’s incentives for innovation if they understand what is at stake for the country.

Congress should schedule “Alice reform” hearings early in 2019 and amend section 101. It will be a big win for American innovation.