“While many holiday shoppers may think that they’re getting a bargain by purchasing goods displaying a particular brand without having to pay brand prices, these shoppers are unwittingly gifting low-quality, dangerous counterfeits that pose serious risks and health hazards to their friends or loved ones. “ 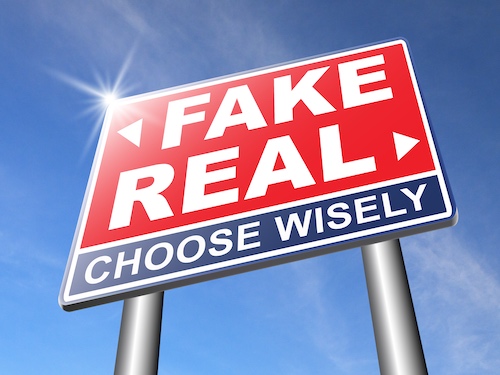 On the afternoon of Thursday, December 6th, the U.S. Chamber of Commerce’s Global Innovation Policy Center (GIPC) and the International Trademark Association (INTA) co-hosted an event at the Rayburn House Office Building to discuss issues with counterfeit products being sold to U.S. consumers during the holiday season. Speakers at the day’s event, including Intellectual Property Enforcement Coordinator (IPEC) Vishal Amin, discussed efforts in the public and private sector to address counterfeits of well-known brands and consumer safeguards to prevent the purchasing of counterfeits, many of which pose health and safety risks.

While many holiday shoppers may think that they’re getting a bargain by purchasing goods displaying a particular brand without having to pay brand prices, these shoppers are unwittingly gifting low-quality, dangerous counterfeits that pose serious risks and health hazards to their friends or loved ones. Thanks in large part to the Internet, counterfeiting operations have reached epidemic levels in recent years. Nearly half of all brand owners are losing revenues because of the sale of counterfeits and, in 2017, U.S. customs agencies seized a total of 34,143 shipments carrying counterfeited goods being imported into the U.S.

But counterfeiting is a victimless crime, the common refrain goes. Nothing could be further from the truth. Terrorist organizations and organized crime families are turning to counterfeiting as a meaningful source of income given the exceptionally low penalties even if they are caught and extraordinarily high profit margins — profit margins that are even higher than selling drugs on the street.

“What I’ve learned in the 10 years of investigating fakes is that once you start to scratch the surface, you find that they are rotten to the core, as are the people and organizations that are making money from them, because they are profiting on a massive, massive scale,” said Alastair Gray, a counterfeit investigator who explains in a TED talk that proceeds of counterfeit goods fund terrorists and organized crime. “You can only make around a hundred to 200 percent selling drugs on the street. You can make 2,000 percent selling fakes online with little of the same risks or penalties. And this quick, easy money then goes on to fund the more serious types of crime, and it pays the way to making these organizations, these criminal organizations, look more legitimate.”

The problem with counterfeits has shown itself to be particularly acute on tech platforms, especially e-commerce and social media platforms, which are used by a large percentage of the general public having Internet access. The social media platform Facebook has become a major source of counterfeited goods in recent years and is the source of nearly half of all knockoff professional athletic jerseys sold to U.S. consumers. IPWatchdog has explored the growing nuisance of counterfeits on social media, particularly Facebook and Instagram in several recent, free webinars. See Counterfeit Products: Taking Action Against Fakes on Facebook and Instagram and Beauty and the IP: Branding, Protecting and Monetizing Fashion and Cosmetics.

While Facebook and Instagram are growing problems within the counterfeit community, e-commerce giant Amazon.com has been a long time nemesis for brands.  Amazon.com has been  knowingly complicit in the sale of counterfeit goods through that platform. Amazon’s counterfeiting issues have been the subject of consternation from both the Federal Communications Commission and the U.S. Government Accountability Office, but the problem of fake goods on that platform continues. Even well-known luxury brands such as Daimler AG have taken Amazon to court for their inability to weed out counterfeit goods from legitimate branded articles. This lack of any truly meaningful protection for brand owners, and a commitment to weed out counterfeiters on the Amazon.com platform is particularly troubling given that 80 percent of online shoppers are expected to make purchases on Amazon during the current holiday season.

At the recent GIPC-INTA counterfeit event, IPEC Vishal Amin noted that the increasing exploitation of e-commerce platforms for selling counterfeit goods undermines the American economy by robbing creators of the sales they should be earning for their work. While Amin noted that this year marked ten years since the IPEC position was created, he credited the current administration of President Donald Trump with both passing the Music Modernization Act into law, protecting music copyright owners, and for being the first President to designate a specific day for intellectual property rights recognition.

“We’re so fortunate to live in a country that wants ingenuity and innovations,” said Dawn Nelson, Chief of the Intellectual Property Unit in the Department of Homeland Security. “So many people don’t realize the extent of counterfeits, the health and safety issues, and the dangers they present.” Nelson encouraged members of the public to submit information on supposed counterfeits to government agencies noting that such information was important as counterfeiters tend to diversify their offerings without caring whether a product works as intended or may cause harm to a consumer.

“Remember that when you’re thinking about buying a bargain, you’re really just supporting criminals and illicit organizations, said Ann Harkins, CEO of the National Crime Prevention Council. She noted that counterfeit products including baby formula, makeup, lotions and more can cause physical harm to consumers and that counterfeit digital products can wind up introducing malware into consumers’ digital lives. She acknowledged that the lure of the bargain often overcomes the moral stance for many consumers but added that counterfeits support international organized crimes and gangs.

“One of the greatest challenges is that many of the significant targets we’re focused on prosecuting are abroad,” said Brian Levine, National Computer Hacking and Intellectual Property (CHIP) Coordinator for the Department of Justice. In 2017, nearly 90 percent of all seized counterfeit shipments were sent from either China or Hong Kong. Levine called on other countries to develop strong IP protections, which would help reduce the impact of counterfeit goods on the U.S. economy.

The Christmas season is not simply one where we buy presents to make our friends and family happy. It’s also a period of time during which the world is reminded of humankind’s moral imperative to create peace on Earth and goodwill toward your fellow man. Purchasing counterfeits not only puts those close to you at risk of receiving a potentially dangerous gift, it also harms jobs in legitimate supply chains and provides a living for those who have no qualms about breaking the law.

Safety considerations and the funding of nefarious organizations at the expense of American jobs is an important consideration to take into account the next time you think you may be about to score a major bargain with a knock-off.