“That it took a Chinese court issuing a Chinese injunction to get a tech giant to admit they could remove infringing features within a week and thereby conclusively undermine the arguments made by the infringer lobby is both ironic and sad.” 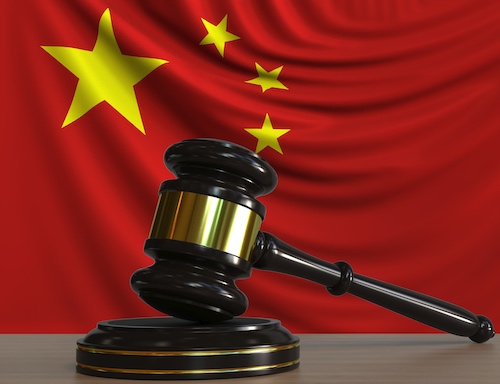 On December 10, 2018, a Chinese court granted Qualcomm an injunction against Apple that stops sales and imports of most iPhones in China.  On December 12, Apple announced that as a result of the Chinese injunction, “early next week we will deliver a software update for iPhone users in China addressing the minor functionality of the two patents at issue in the case.”

In just two days, Apple was able to determine it could remove the “minor functionality”, which was the reason for the injunction, and they can update their operating system and push that update out to their customers in just a couple more days.

One of the strongest arguments echoing in the halls of Congress to justify gutting the patent system was something called royalty stacking.  The theory goes something like this: There are so many patents with “minor functionality” that make up a smart phone (or other computer devices) that if everyone gets a license, it will cost more than the smart phone.  This is bad for consumers, so the government should step in and do things like eliminate injunctive relief, slash and burn damages, make it easier to invalidate a patent in the PTAB, under 101 and as obvious, and make it harder to sue infringers by changing venue, pleadings and more.  Then smart phones won’t cost so much, and the public will benefit.

Although it may seem like technology changes very fast, it is a slow process of incremental “minor functionality” improvements that are achieved over time with only the very rare paradigm shift.  Today I have a smartphone.  I can search the Internet, pull up a map, hail a cab, and download millions of apps to do just about anything. So much of what we take for granted today in a smartphone is enabled because of 4G technology and simply wasn’t possible even with 3G.  So, as connectivity and scalability has gotten better, so to have our gadgets in response. Just ten years ago, we had flip phones.  It could text and make calls, but not much else.  Ten years before that we had a land line and a pager.

Twenty years of incremental improvements have brought the general public from land lines to smartphones. There was a succession of countless new and improved phones during that period each adding new “minor functionality”.

Computers worked the same way.  Forty years ago, monitors were green cathode ray tubes, and everything was in DOS running of 5 ¼ inch floppy disks.  A mouse had a tracking ball that always filled up with grime.  Then came color monitors, Microsoft Windows and the Internet. Better graphics and faster chips. Then flat screens and laptops. Then it all compressed into tablets.

As is blatantly obvious with Apple just removing the “minor functionality” inside a week, any of it can be removed and the product will still work using the predecessor technology. The predictions of Armageddon if one of the tech elite would ever face an injunction requiring them to remove an infringing feature set have been proven to be false, just as predicted.

If big tech loses the ability to steal other people’s “minor functionality” and implement into their new devices, they lose profit.  Profit is the reason why so many people in the Hill blindly believe in the royalty stacking fairy tale.  The cynical view is profit feeds campaign coffers. Even if you don’t subscribe to that view, there is no doubt that the enormous profits made by the tech elite have been funneled into extremely effective lobbying efforts, which provide tremendous access to Members of Congress, Staffers and regulatory policy makers at the various agencies. Whether it is cynical or not, money provides access and access provides influence in Washington, DC.

That it took a Chinese court issuing a Chinese injunction to get a tech giant to admit they could remove infringing features within a week and thereby conclusively undermine the arguments made by the infringer lobby is both ironic and sad. We have gutted our patent system for the benefit of a few big tech companies who pour money on Washington. Perhaps it is time to seek the truth instead of money.